A 19-year-old trainee nurse is battling inoperable brain cancer after two GPs dismissed a tumour behind her eye – as STRESS.

Charlotte Taylor saw the doctors after complaining of headaches and struggling to read her text messages but on each ocassion she was prescribed beta blockers.

When her symptoms deteriorated she paid £25 for an eye test at Boots opticians and was diagnosed with papilledema – swelling on her optic nerve.

Last month the first-year nursing student, from Bromsgrove, Worcs., was referred to Birmingham Eye Hospital where doctors told her to go to A&E immediately.

CT scans confirmed she had grade four glioblastoma and Charlotte started a gruelling course of chemotherapy and radiotherapy.

Doctors told Charlotte it would be too risky to operate so medics will try and manage the cancer through more courses of chemotherapy.

Her dad John, 52, said: “It all started with Charlotte at the beginning of the year with headaches.

“We went to see the doctor about it and they proscribed some standard medication, some beta blockers due to stress.

“The headaches continued during Christmas and early January.

“When she went back to university, she was on placement and she noticed she was having difficulty reading text messages and we had to help her.

“She also had difficulty filling in forms.

“We noticed it seemed to be a problem reading, we didn’t know whether it was ability to read and understand letters or if it was her eyesight.

“On the same day, on February 6, we booked her an appointment at the opticians to see if they could see anything.

“We went to Boots on Bromsgrove high street and they very quickly deduced there was nothing wrong with her eyes, it was recognition of some letters.

“The optician looked closely in the eye and diagnosed papilledema, swelling of the optic nerve at the back of the eye, usually caused from pressure behind the eye.

“They said it could be due to a tumour in the brain.

“He referred to her to the eye hospital in Birmingham.

“They confirmed it was papilledema and referred us to A&E at City Road Hospital in Birmingham.

“They did a CT scan that confirmed it was a tumour at 3am in the morning on February 7.

“The specialist came at 9am and confirmed it was a cancer.

“She was undergoing lots of tests and spent most of February in hospital, she transferred to the Queen Elizabeth Hospital in Birmingham for a biopsy so they could tell exactly the type of cancer and what the appropriate treatment would be.

“Results confirmed it was a glioblastoma, grade four, which is one of the most aggressive types of brain cancer.

“They said it that it wouldn’t be worth the risk to operate.” 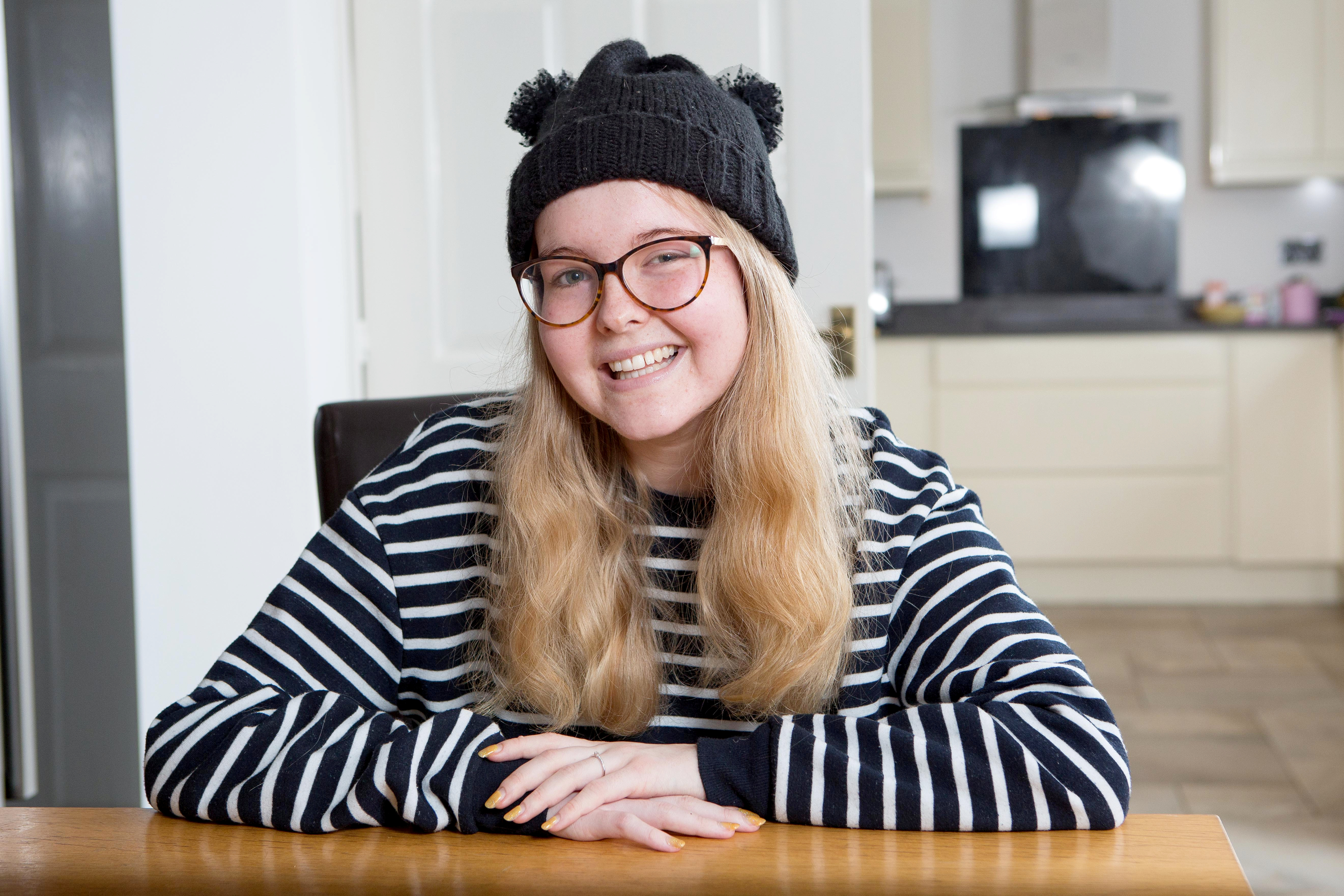 Her family and friends raised almost £40,000 in a fundraising campaign to help her receive advanced treatments abroad which are not available on the NHS.

John, a project manager who has two other grown-up children, added: “We have been crowdfunding because we know the NHS have limited resources in what they can provide but there are alternative therapies and clinics around the world that can provide more advanced treatments for cancer patients.

“Immunotherapy, targeted therapy and also TTF (tumour treating fields) which is electromagnetic fields which circulate around the head to help prevent cells from splitting.

“For TTF you have to hire the equipment off a company called Novocure which can be as much as 21,000 Euros per month – it’s extremely expensive so is not readily available on the NHS.

“Because it’s classed as experimental you can’t claim it on health insurance – there’s only 16 people in the UK actually using this equipment.

“We are planning to drive down next week and take Charlotte in a campervan lent by a neighbour to sit with the doctors and have a face-to-face consultation.

“She struggles with letters and numbers and possibly her short term memory, she has good and bad days.

“She’s in hospital being treated and there are other student nurses coming to the ward recognising her, saying, ‘you’re a nurse aren’t you?’

“Charlotte should be the nurse there tending to the patients, not the patient in bed.

“She was studying at the same hospital she was treated, she is driving past nurses and students every day that are from her course, it’s heart-breaking.”

John is also urging the government to insist GPs have more training to deal with similar issues problems to speed up diagnosis.

He said: “I wish doctors could be given the same equipment or same level of training as opticians, even so they can help to identify the symptoms.

“She saw two doctors over a two-week period and neither spotted anything unusual in the eye.

“If we hadn’t gone opticians we could still be here wondering why.

“We thought she had suffered a mild stroke to be fair, with the weakness on the right side – we would never have imagined it would be a brain tumour.”

Man proposes with his children wearing t-shirts spelling out ‘will you marry daddy?’