Royal wedding celebrations are being prepared in a tiny village – called MARKLE.

The small hamlet – population just 100 – is tucked away in the rolling hills of East Lothian.

Special celebrations will be held in the village, which shares its name with Prince Harry’s soon to be wife Meghan Markle, to celebrate the Royal wedding.

Visitors to the village are welcomed by a sign proclaiming its name, which bears bunting, hearts cut out of paper and tartan ribbon in honour of the upcoming nuptials.

Members of the close-knit community will come together on Saturday to raise a toast to the bride and groom at a garden party organised by residents.

Tables and gazebos will be erected on the green which is backed on to by 25 neat red-brick homes that used to be farm cottages known as the Steading.

A BBQ will be fired up and British fayre will be served with strawberries and cream finishing off the feast washed down by Pimms cocktails.

The outside venue will be decked with homemade bunting, paper chains, pom-poms and carefully arranged flowers fit for a new princess.

And everyone’s hoping for the sun to shine down on them and the Royal couple on the day.

Lorna Field who has lived in Markle with her husband Garry for more than 20 years, loves living in the idylic village and is looking forward to the celebrations.

She said: “It’s such a lovely place to live with an almost traditional way of living.

“We’ve watched the local children grow up and get married themselves.

“I think Harry seems like a really nice chap and it’s wonderful that he’s found himself a nice lass who loves him. I’m chuffed he’s found her.

“I might even wear a crown after a few wines.”

The area is steeped in history with the ruins of Markle Castle standing just quarter of a mile away.

The keep, perched on a rocky outcrop, was built on an ancient site where the king of the Picts Angus defeated the invading King Athel and his army of Saxons in 832 AD.

Legend has it that Angus prayed on the outcome of the battle and was rewarded by a vision of a cloud formation of a saltire against a blue sky. 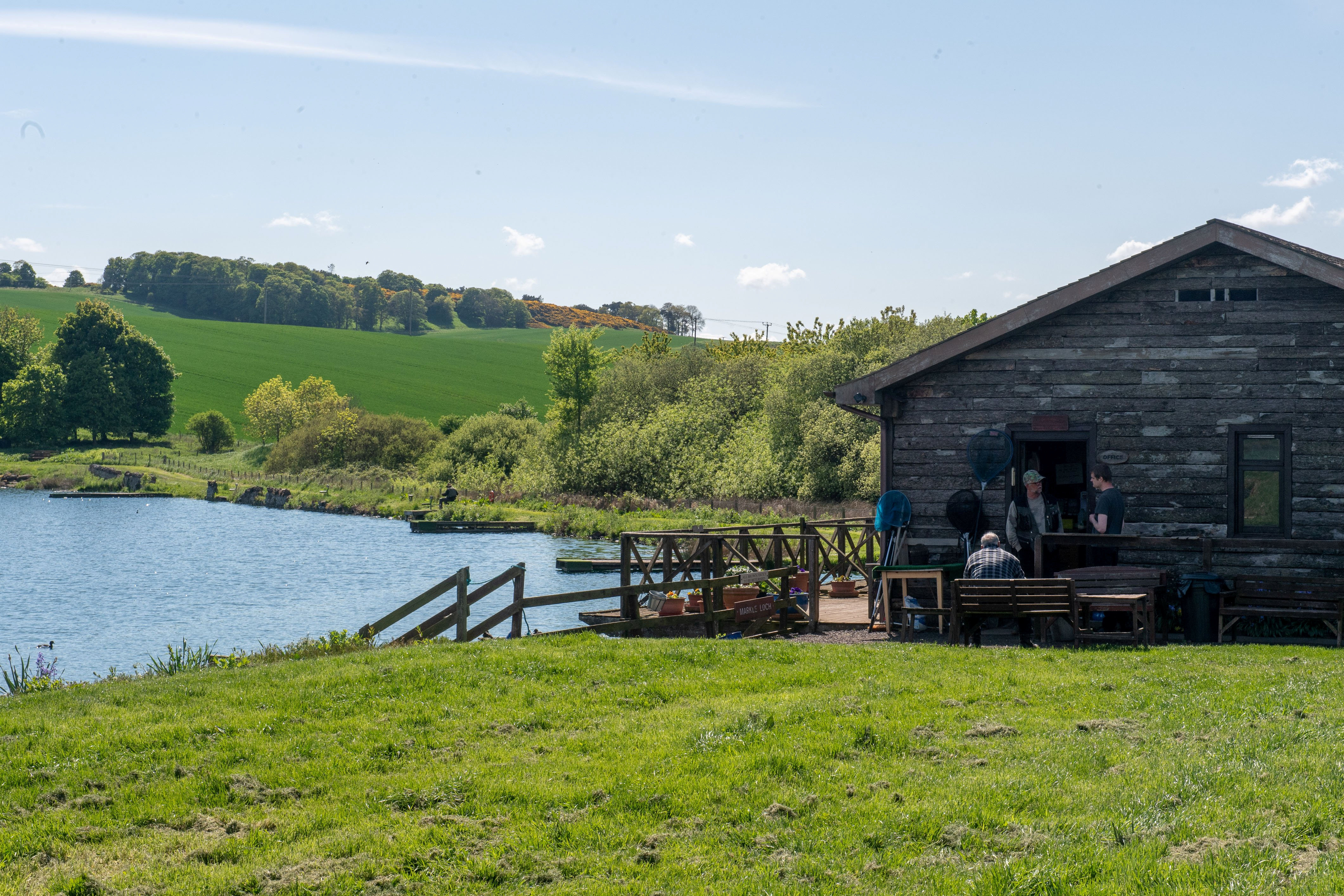 The Scots won and the national flag was born as was the name of the site, Merkill, loosely translated as miracle and later to be known as Markle.

Ciara Vance has lived in the Markle for five years and is looking forward to celebrating their unique connection with Mrs Windsor-to-be.

She said: “It’s very exciting that our small hamlet of Markle shares its name with Prince Harry’s fiancee.

“Markle is a magical place to live, it’s beautiful, the people here are friendly and we have tremendous community spirit.

“We are also blessed to be surrounded by the stunning and romantic East Lothian countryside – you could say it is the ideal location for a quiet, peaceful honeymoon.”

Another resident, Neil Morland moved to Markle from Manchester in 2015 with his wife and daughter.

He said: “Markle is a fabulous place to live and the wedding is a good opportunity for the community to come together after a long hard winter.

“My daughter is four and loves princesses so she’s excited about the wedding.”