This is the breathtaking moment a mumuration of starlings took the form of a giant bird.

This is the breathtaking moment a murmuration of thousands of starlings took the form of a giant BIRD to scare off attacking sparrowhawks.

Guy Benson, 60, captured the mesmerising footage after thousands of birds raced through the sky.

The video shows the swirling mass of starlings taking on different shapes as they dodged and weaved – and at one moment even appeared like a huge bird.

Guy filmed the two-minute long video as the birds flew over the Attenborough Nature Reserve in Nottingham on Christmas Day.

The retired financial adviser, from Long Eaton, Derbys., said: “I was with my wife Anita at dusk when a cloud of starlings appeared overhead.

“For about 20 minutes they were all dancing in the sky. At one moment the murmuration took the shape of a huge bird in the sky.

“It was a really unusual shape and I think it was because there were four Sparrowhawks who kept diving into the birds to try and pick them off.

“It was one of the greatest sights I’ve been able to see in nature.

“It was quite a spiritual situation and it was a very uplifting moment.

“You still get hotspots where you can go to see them and one of them is Attenborough –
Aberystwyth in Wales is also known for them.”

Since retiring, Guy spends much of his free time travelling the country to spot rare birds with his wife Anita. 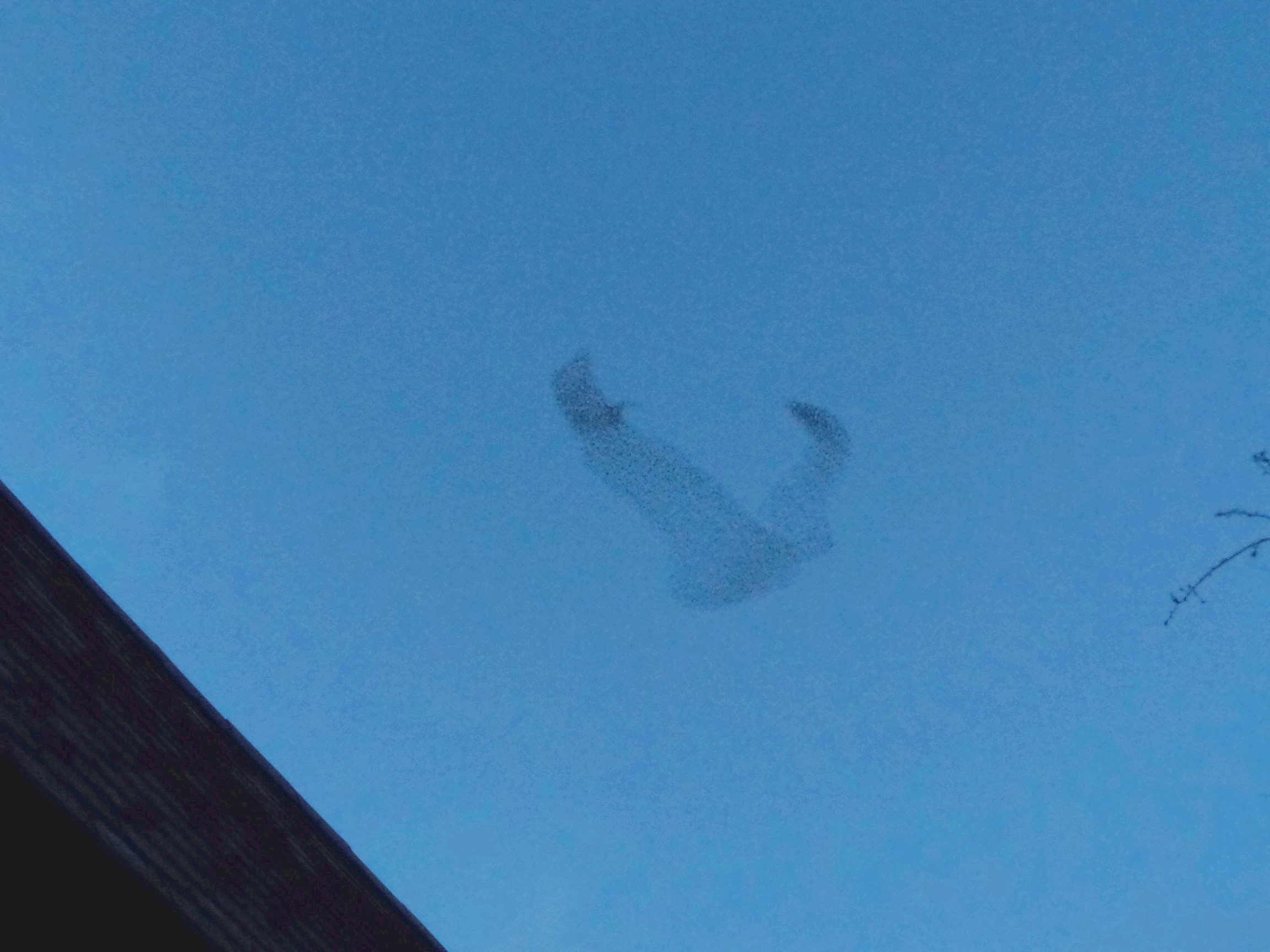 Anita, 52, a retired receptionist, said: “I’ve never seen anything quite like it, you feel like the birds are doing it just for you, it was mesmerising.

“You could hear them all flapping their wings and swishing overhead, it was wonderful.

“You just had to stand there open-mouthed it was so awesome.

“There are hundreds of thousands of people who live close by but they don’t know that things like this go on.

“We come up all the time when the murmuration takes place, sometimes they just bed down in the reeds but this time we were really lucky.”

Tot doesn’t recognise her dad after he shaves his beard

Tot doesn’t recognise her dad after he shaves his beard