Thousands of painted stones have formed part of a memorial in Hinkley, Leicestershire where a town mourns the loss of tragic 7-year-old Isla Tansey, who passed away last week after a battle with cancer.

Thousands of painted stones have been laid in a park bandstand in memory of a seven-year-old girl who died while campaigning against childhood cancer.

Isla Tansey inspired people around the world to paint pebbles and hide them with the social media campaign #islastones.

She launched the campaign while undergoing treatment for spine cancer and within weeks it went viral.

The youngster’s idea was for people to hide the stones for others to stumble across and take selfies with using the hashtag. 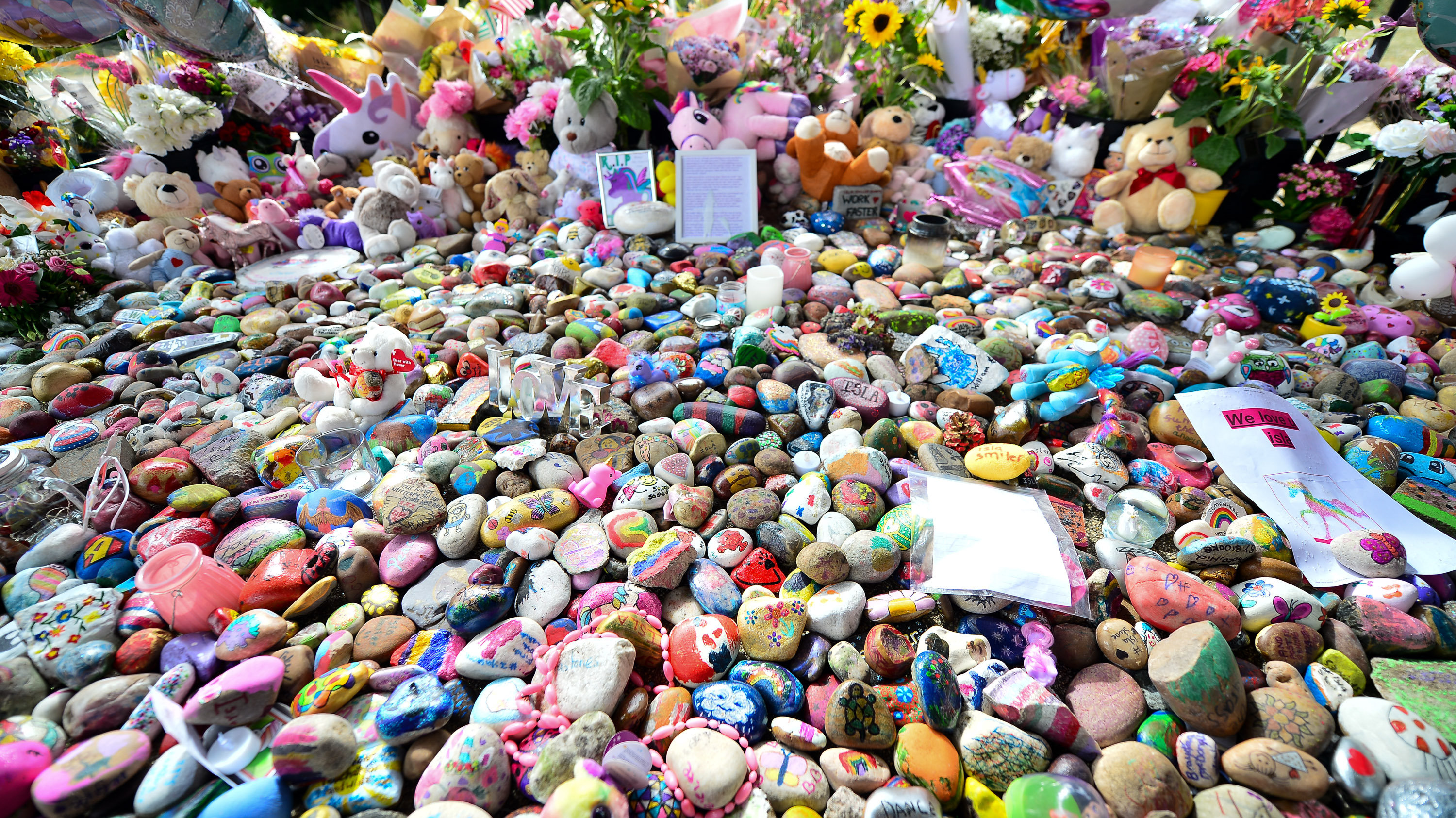 The pictures were posted to a dedicated Facebook group called ‘#Islastones’ and has over 56,000 members.

Tragically, Isla died on July 10 surrounded by her loved ones at her home in Hinckley, Leics.

In a heartwarming tribute to brave Isla, thousands of painted stones have been laid on the bandstand in her home town which has become an impromptu memorial.

Supporters have also tied dozens on colourful balloons and placed cuddly toys, including her favourite unicorns, on the railings in her honour.

Her parents, Katherine, 42, and Simon Tansey, 46, hope her campaign will create a lasting legacy to their daughter, who was affectionately nicknamed ‘Isla Smiler’. 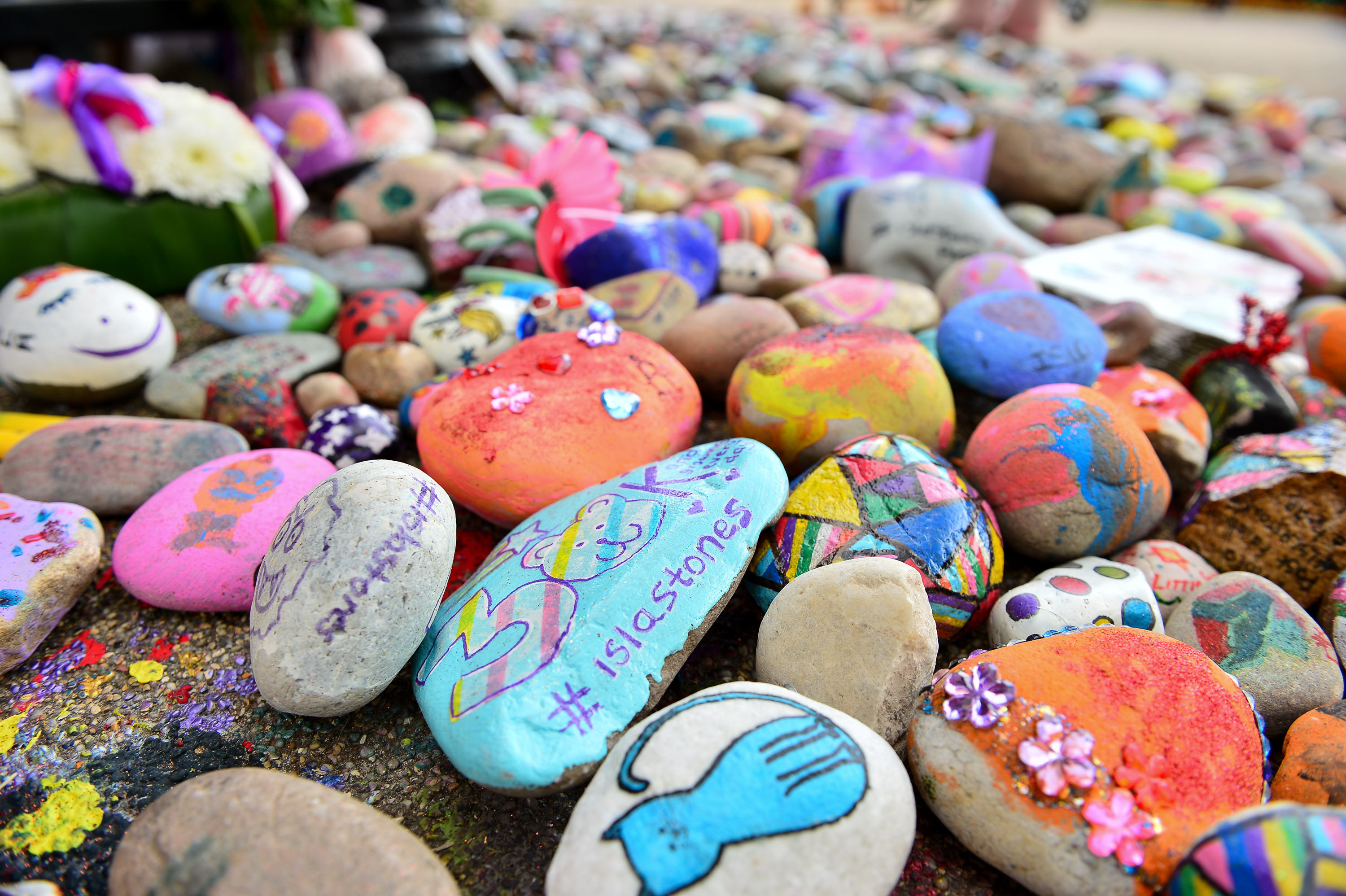 Isla woke up in August last year unable to walk and was diagnosed with a diffuse intrinsic pontine glioma (DIPG) – a tumour which normal develops in the brain.

The tumour had been found in her spinal cord, which left her unable to feel the lower part of her body.

But after having an operation and radiotherapy to have part of the tumour removed it mutated and in April this year she was given just weeks to live.

She said: “We are all together as a family, trying to process the massive loss. 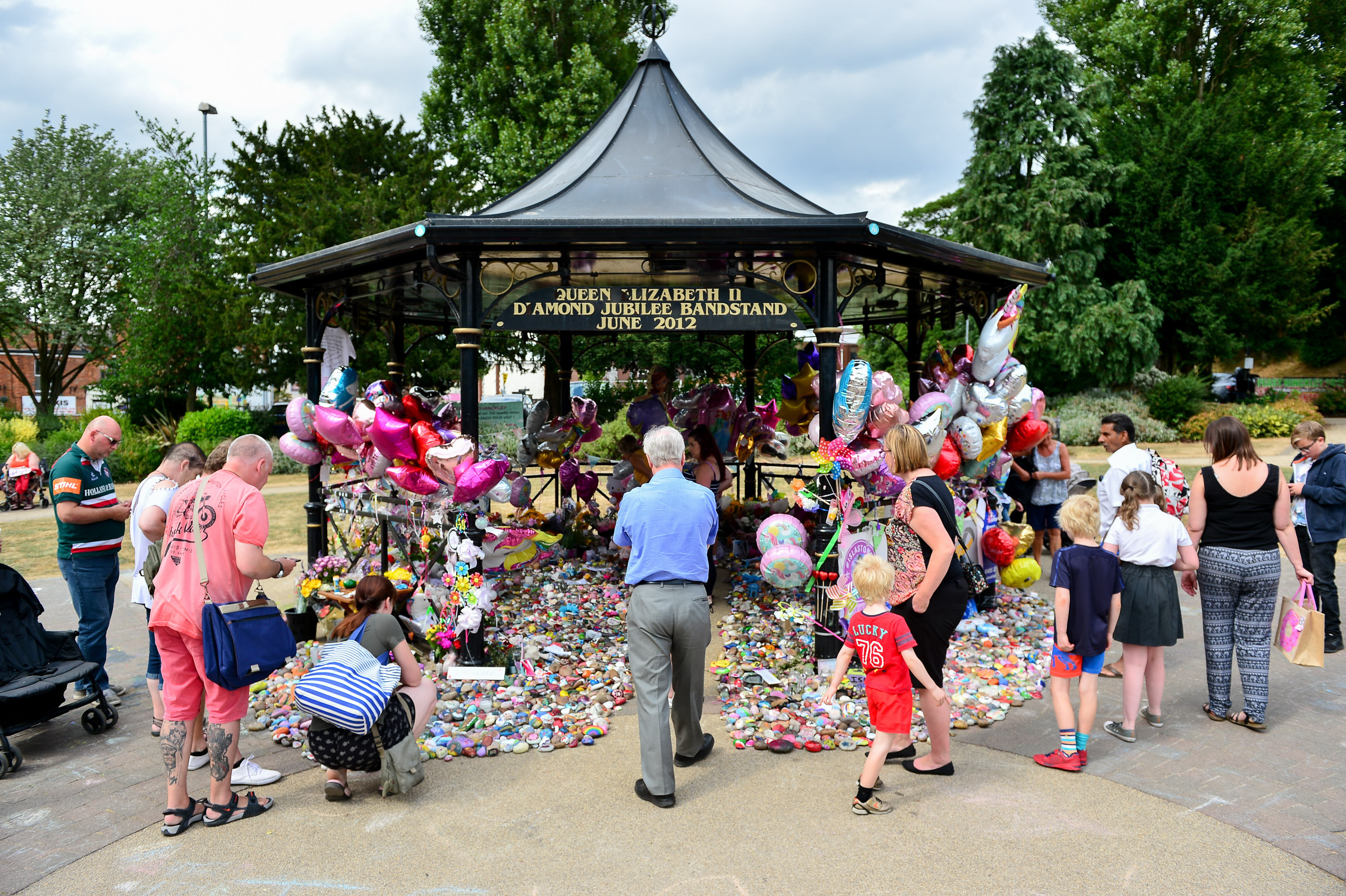 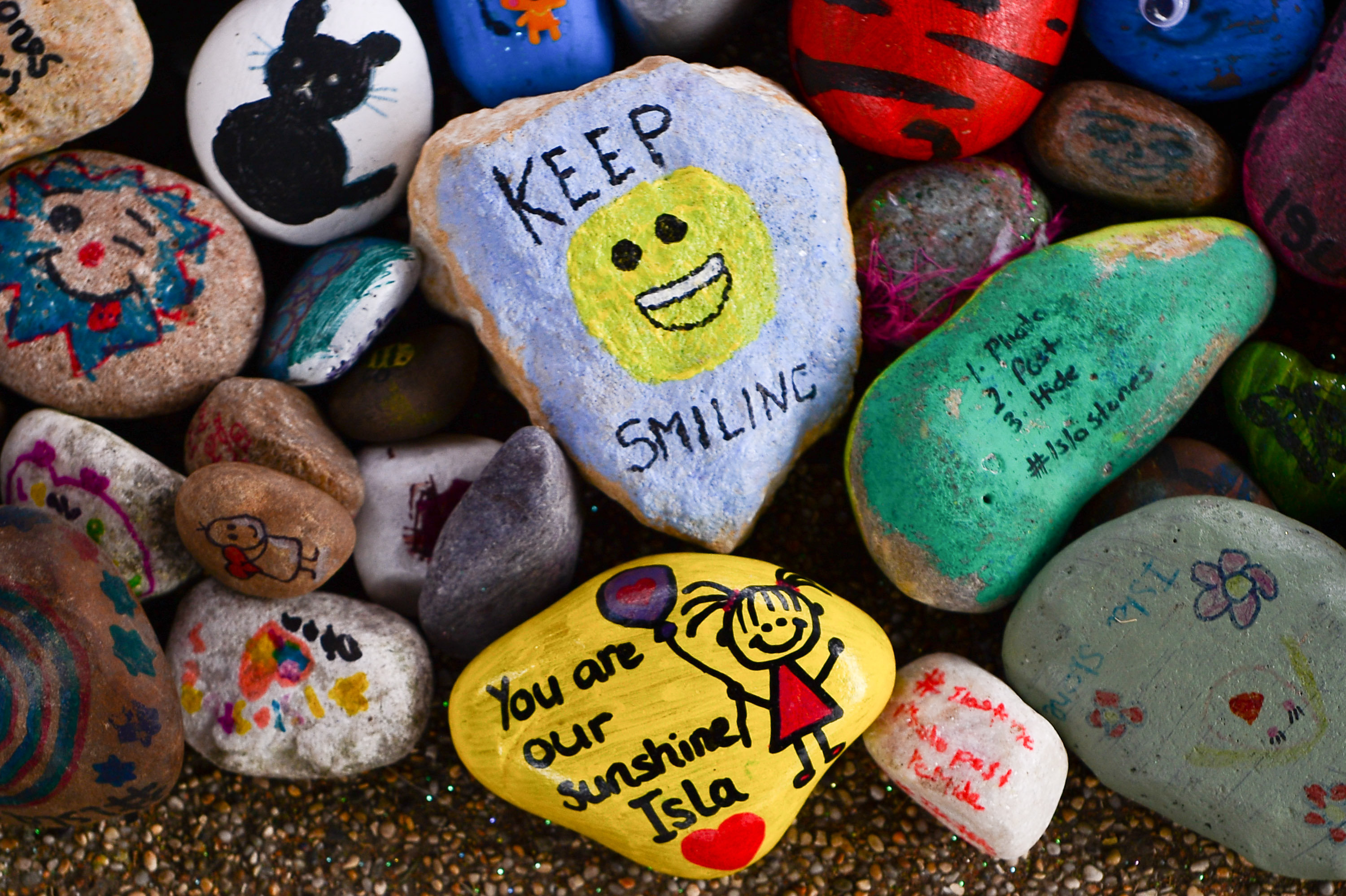 People took to social media to mourn the little girl who touched their hearts.

Susan Ross wrote on Facebook: “Bless this little girl for being so positive – my love to her family – rest in peace Isla – may you be surrounded by angles and unicorns.”

Wendy Bullivant said: “So sad to hear this news, we have all enjoyed looking for the stones. She was an inspiration to us all. Lots of love to her family xx.”

The stones at the bandstand have come from as far away as Mexico, Thailand, New Zealand, India and even the Antarctic.

A celebration of life in memory of Isla will be held at the park next Friday (27/7).