Patrick Russell, 38, and Melanie Ilemsky, 36, jump out of the hot air balloon after getting married.

This amazing footage shows the moment an adrenaline-junkie couple skydived from a hot air balloon after tying the knot – in front of guests packed into the basket.

Patrick Russell, 38, and Melanie Ilemsky, 36, decided to have an airborne wedding due to their shared love of skydiving.

The couple met at a skydive drop zone in New York and knew each other for two years before they got married, on their one-year anniversary.

They invited only a few close friends and family as only ten people could fit in the hot air balloon.

Melanie had her dress, which cost $20 from Amazon, especially adapted to incorporate her skydiving rig.

Her mother, Tetiana Cymbal, was ordained so she could carry out the intimate ceremony – which was also the first time she had been in a hot air balloon.

Melanie said: “We definitely took a big risk in terms of how weather-dependant it was.

“We got married on our anniversary, July 11.

“It took a couple of months to plan.

“My mother and I sat down and worked out what we were going to say, and Patrick edited it.

“We realised we should have rehearsed it, because our adrenaline was pumping.

“We couldn’t remember a single line.”

Patrick added: “Originally we knew we didn’t want a very big wedding, we just wanted an intimate one with a few family and friends.

“Most hot air balloons can accommodate six people so we had to travel to Pennsylvania to find one which had capacity for ten people.”

Academic advisor Melanie originally planned just to wear her jumpsuit for the big day, but was talked into getting dressed up by a pal.

She added: “I got a cheap dress from Amazon and I brought it to a tailor so it could be fixed with a skydiving rig.

“You don’t want any loose fabric or to be pulling the wrong thing.

“The dress was so short that I had to wear a pair of shorts beneath it.

“It wasn’t a dress I would choose for a regular ceremony.

“My mother was pressuring me to come up with a back up but I took a risk and it worked out.” 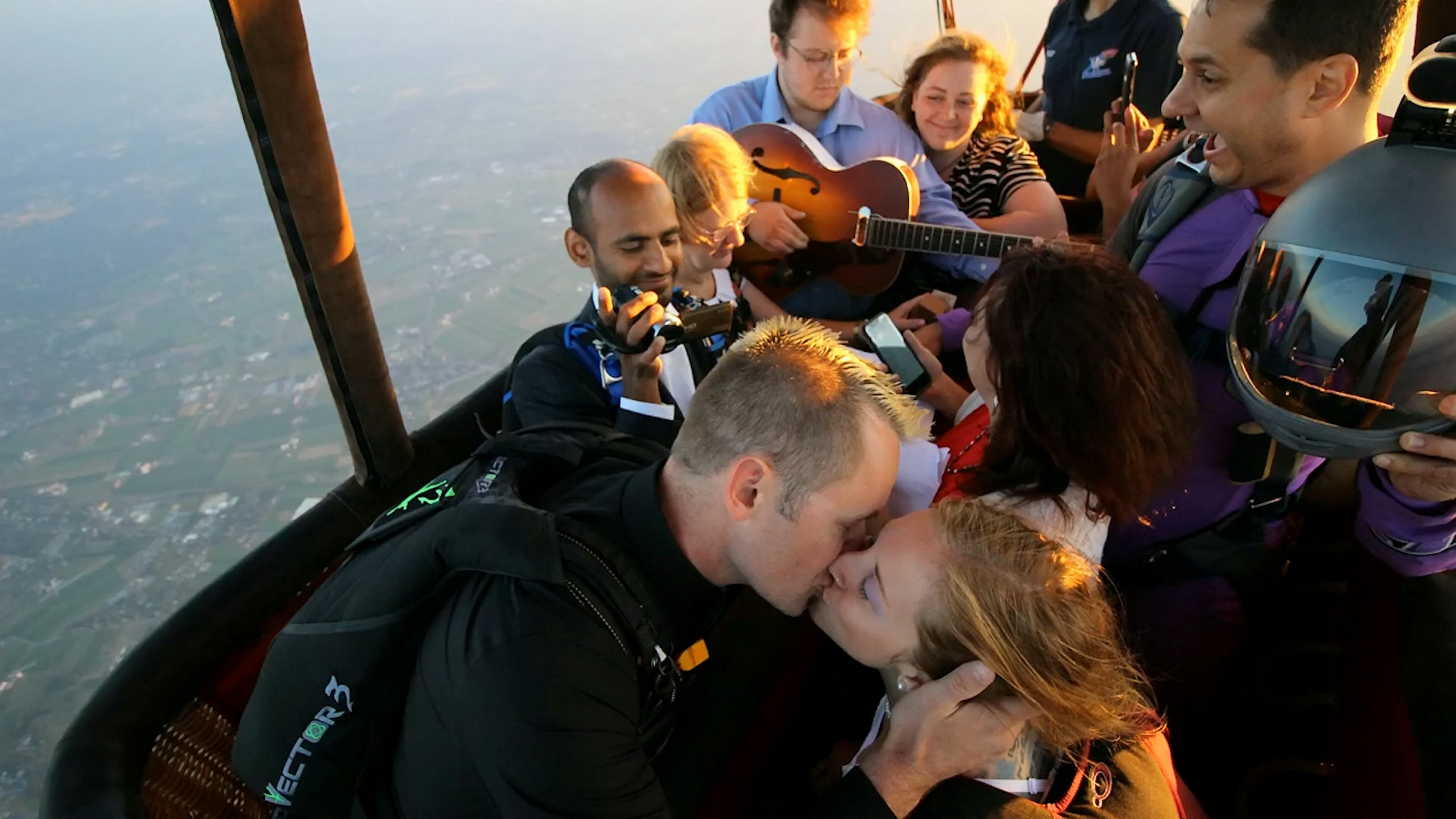 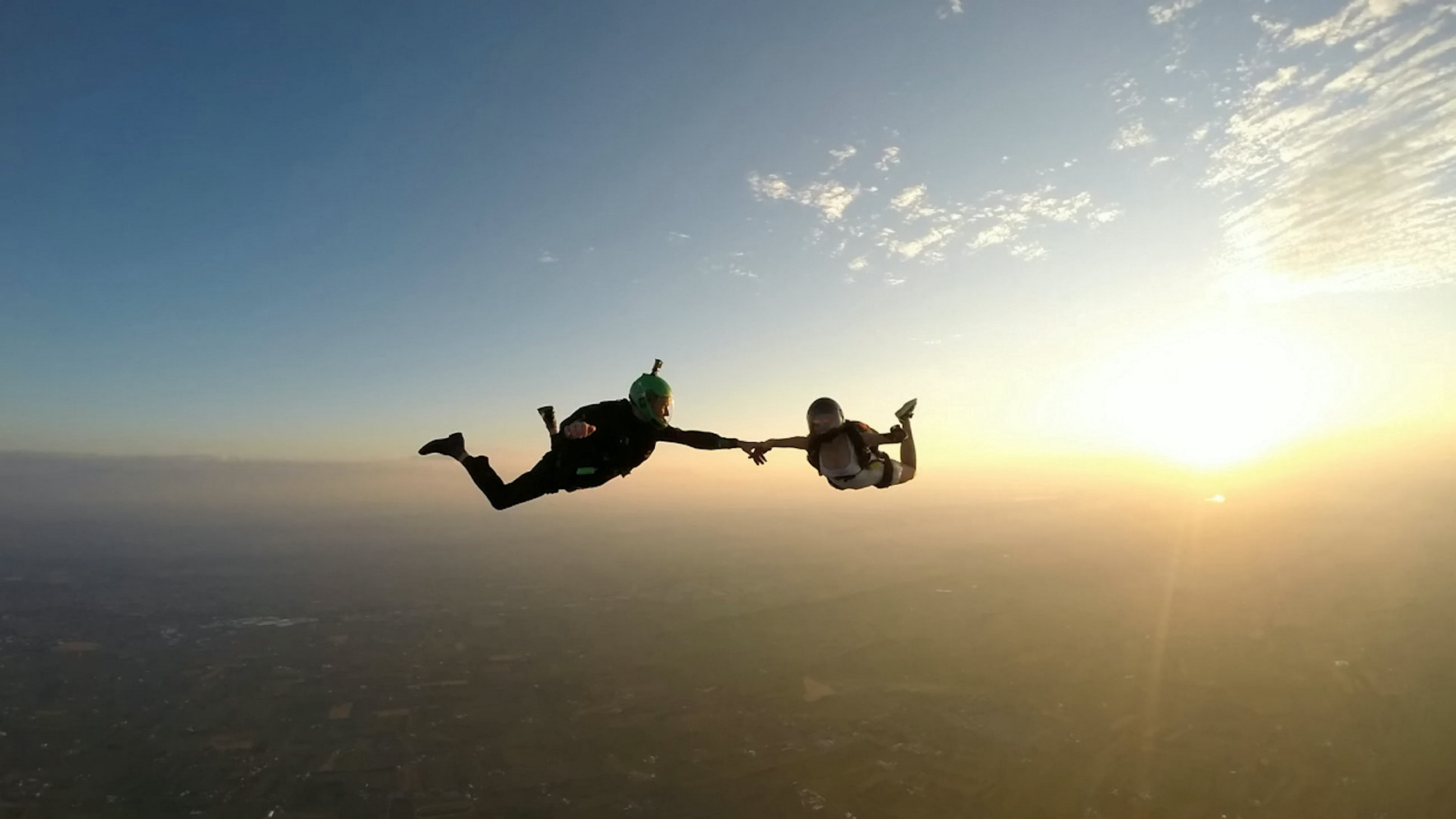 Patrick, who is originally from County Cork, Ireland, and his mother Unah Russell flew out to join the wedding.

He has lived in New York for 14 years, said they had considered jumping from a plane but scrapped the idea due to the noise.

Patrick said: “To be floating in an air balloon is different from being in a plane travelling at 120mph.

“In a balloon it’s like you’re floating through the sky.”

Despite depending on good weather to make the ceremony go to plan, Melanie said that if they had woken up in the morning to find it was raining, they would have had a Plan B in place.

“We were really struggling with how to do something non-traditional on the ground,” she said.

“We were thinking about getting married in a cave in Cragsmoor, in New York.

“It was one of the hikes we went on when we were falling in love.”

The couple plan to have a honeymoon later in the year, when the weather gets colder in New York.