The UK’s oldest rally driver has racked up over half a million miles behind the wheel and is still competing in events – at the age of 80.

Bob Bean began his glittering career in 1960 aged just 22 after he cheekily took his mother’s car to an event behind her back.

Since then, the grandfather-of-two has racked up thousands of rallies at events across the world in over 20 different vehicles.

Despite his age, Bob said he is “more competitive than ever” and will only participate in an event if he believes he can win. 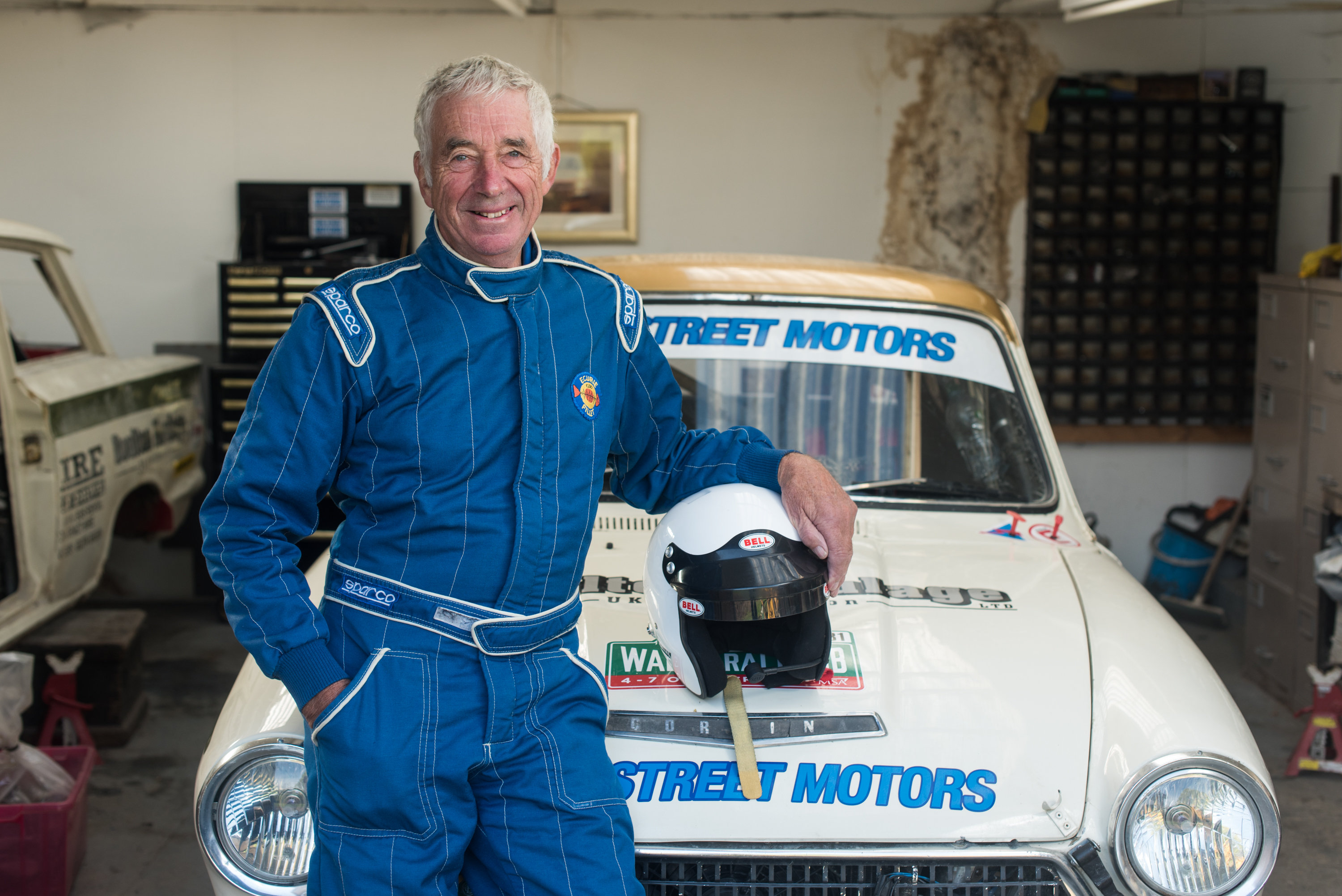 The active pensioner, who lives on a farm in Cleckheaton, West Yorks., said: “I started attending rallies in 1960.

“I took my mum’s car, a Hillman Minx, without her knowing and competed at a local rally.”

Bob described how heavy snow battered his mothers’s convertible car during the first rally in Ilkley, West Yorks., and they were stuck multiple times.

He added: “My mum had no idea I had taken it.

“There was three of us in the car for the first rally which is unusual but it turned into a big help, as there were more of us to be able to push the car out of the snow.

“The rally went on all night, all day and all of the next night. We ended up finishing in the top 20 out of over 100 cars on our first go.

“My mum and dad were not too happy when they finally found out though.”

After his first rally experience, Bob, who shares one son with wife of over 30 years, Jenny, 69, competed “almost every weekend” for many years in thousands of different events.

He added: “I have been doing this for 58 years now.

“I was doing an event at club nights almost every weekend at the time, thousands of different rallies.”

The rally took in countries such as France, Portugal and Nigeria and even crossed the Sahara desert twice.

Bob said: “The rally lasted 28 days, it was so long. I competed in a Ford Escort Mexico and ended up finishing 5th.

“There were over 100 cars in the event and we led for a very long way.”

Bob, who has reached speeds in excess of 120mph during his events, said his favourite car is his Lotus Cortina.

He added: “I have had over 20 cars since I started. I love competing in the Lotus Cortina and Escort.

“I even took Jenny’s car out to an event once. She didn’t mind.”

In one incredible rally, Bob showed true sportsmanship and gave up on his own win on the final straight to tow the leader across the line after his clutch had blown.

Bob said: “He was leading the event and I was lying second. He was at the side of the road with a blown clutch when I saw him.

“I towed him to the finish and he won the rally and I finished second.”

Bob, who still owns a handful of classic cars stored in several garages, said he will only compete in events if he believes he can win, and is more competitive than at any point in his career.

He added: “I don’t see the point in participating in events at my age unless I have the chance to win. I don’t go for the ride, I go to be competitive.”

Bob has combined his passion for rally driving with jobs as a painter and decorator and later work on his farm.

Despite his age, Bob has no plans to give up on his love anytime soon.

He said: “I get recognised all over the place now, I have met so many friends through rally driving.

“I had a friend just last week who I haven’t seen in years who I competed against in France, it is amazing how many people I have met and experiences I have had.

“I don’t plan on stopping. At 70 I did think about it but I could never give it up, I love it too much.

“I’ll keep going until I get in the way.”