Making the transition from university to the world of work can be an enormous challenge, with those fortunate to get their foot in the door often ill-prepared for their new environment.

In a crowded job market, they won’t have long to get on top of their game and start shining but not to worry as this straight-talking guide from leading graduate recruitment coach Chris Davies has got it covered.

The Graduate Book is aimed at those who already secured their first graduate-level position, identifying possible obstacles ahead, guidance on how to overcome them and throughout offering priceless advice on how to excel in the workplace.

Author Chris Davies, is the CEO of Graduate Coach – a London-based graduate coaching consultancy founded in 2010 that has helped hundreds of students secure positions with the likes of Amazon, Coca‐Cola, Deloittes, Google and Goldman Sachs – and his book is directly based on the hugely successful mentoring programme he has been providing for over the past seven years.

As he explains in his introduction, Davies managed to score his first graduate job with a major advertising firm at a time when advertising was one of the hardest industries to enter. It’s all the more impressive when you consider that he was the first non-Oxbridge graduate at his workplace and held a degree unrelated to the industry, 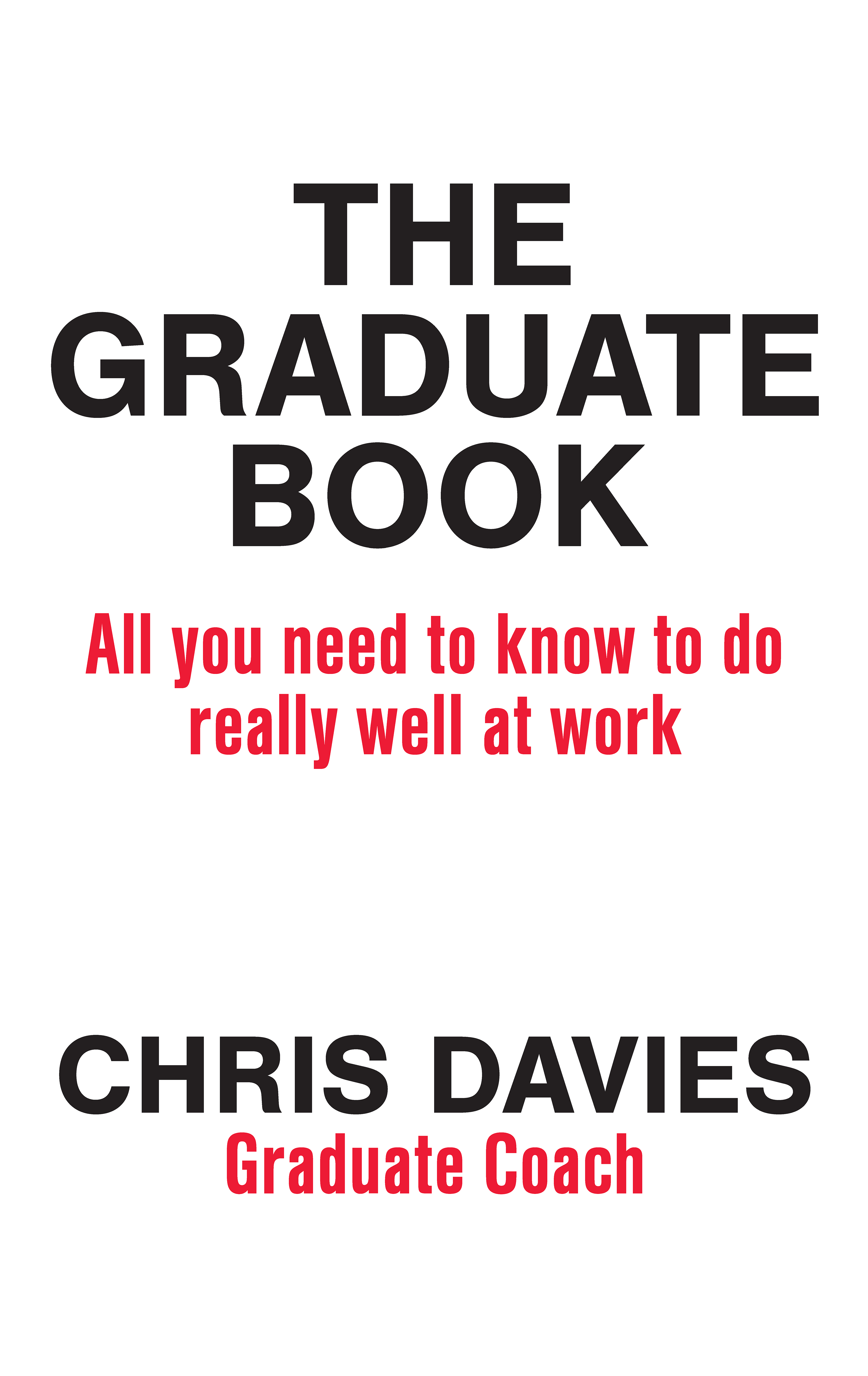 Davies admits that he felt ‘like a dummy’ compared to his workplace peers but despite initial setbacks he soon excelled and was quickly headhunted, before setting up his own advertising firm while still in his 20s. All of this he attributes to a combination of hard work, initiative, and a willingness to learn both from others and his own mistakes.

He draws heavily upon his own experiences, as well as the latest findings from neuroscience on learning and elite-level performance, to set out the roadmap to success in 13 succinct chapters, with each one focusing on one key insight.

These principles might sound like common sense , such as ‘take responsibility for your own development’ and ‘learn to be resilient’, but Davies clearly goes through the roles and behaviours that newbies should be adopting in the workplace to give graduates a firm understanding of how to correctly navigate an environment far removed from campus.

It’s sage advice combined with practical exercises to really drill things in, and the guidance is applicable in virtually every graduate-level role, no matter the industry.

Those who have already read and put into practice the advice Davies offers in companion title The Student Book may already be reaping the rewards by landing their first graduate-level job, and this book will ensure the success story continues.

But The Graduate Book works equally well as a stand-alone reference and could mean the difference between struggling and succeeding. However, just as with a degree, it requires an investment in time and effort to study it thoroughly if you want to get the most out of it.