Emily Rose-Hinnells, 19, has waived her anonymity to speak out about the sentencing of the man who raped her on a night out in Leeds, West Yorks.

A teenager who was brutally raped by a stranger has taken to Facebook to say she refuses to be ashamed of what happened to her.

Courageous Emily-Rose Hinnells waived her right to anonymity to speak about her ordeal after her attacker Neil McNally was jailed for 15 years.

Now the young mum wants to warn other women the lessons of stranger danger still apply as an adult.

The slight 19-year-old has been open about her traumatic ordeal since she was led down a dead end, punched and savagely sexually assaulted in January this year.

Emily said: “I am not ashamed to have been raped. I know it is not my fault and I will shout it from the rooftops to say what he did to me.

“I believe speaking out has helped enormously in my healing. This is not a dirty little secret.

“I first put details on my Facebook page when police were making an appeal to find the man who attacked me, I wanted to warn others to be safe.

“Unfortunately I was told to take it down until the case was over.”

Now, after Emily-Rose’s rapist, Neil McNally, 33, was jailed last week at Leeds Crown Court, she is free to talk.

Taking to her Facebook page, Emily-Rose shared the outcome of the case with her 4,000 followers.

She said: “Today’s the day I can move on with my life. Most people know what happened to me and now I want to take the time to spread the word.

“You get brought up and you always get told not to talk to strangers, but the older you get the less important it seems to become.

“I never thought something like this would happen to me or even any one I know, because it’s one of those things you don’t expect to happen.

“But sadly they do happen, and so easily. Please wherever you are stay safe, stay with your friends.” 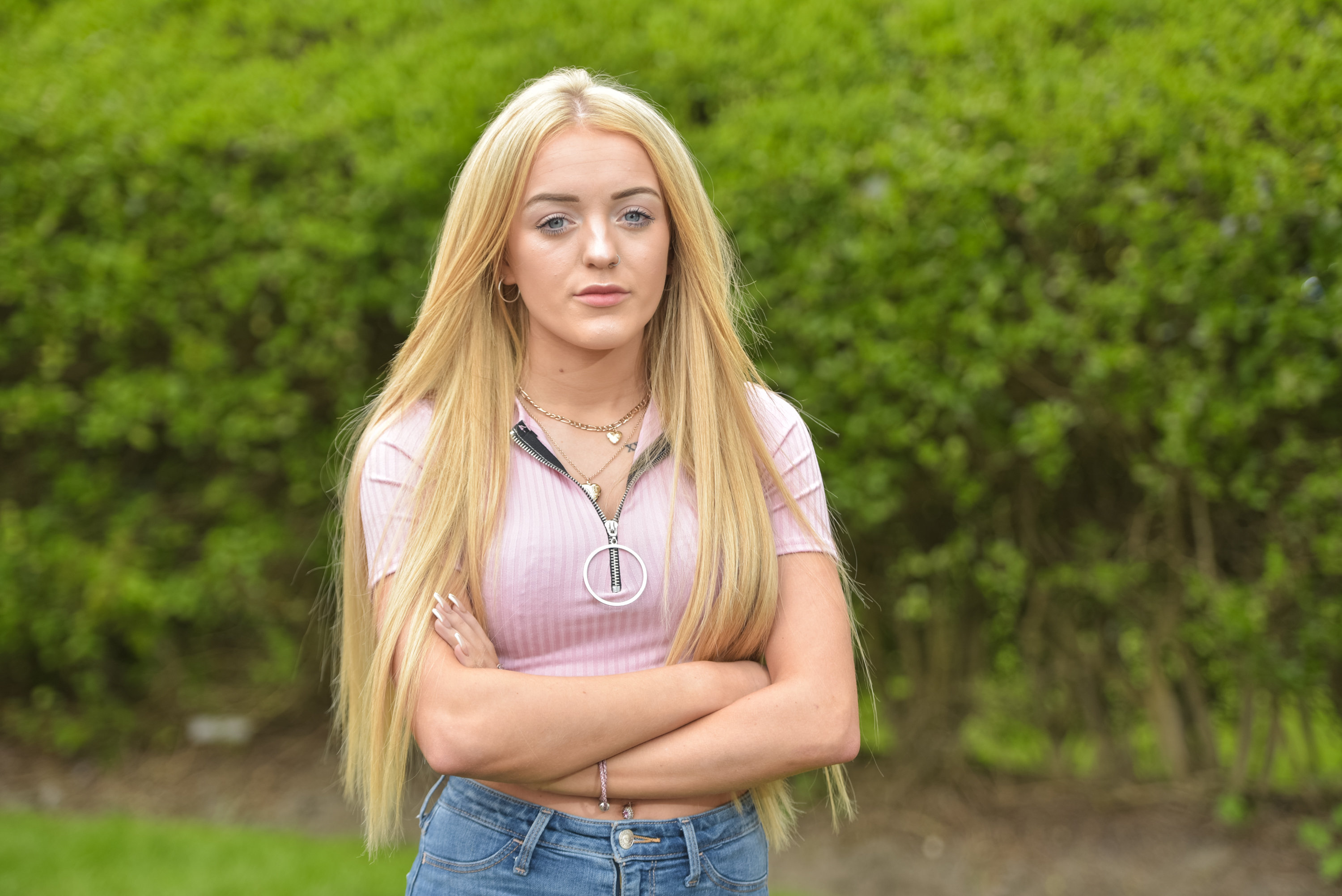 The young mum, who has a one-year-old daughter with her long-term partner, was meeting friends to go out for a birthday celebration at 8pm in Leeds on a cold dark night on January 20.

Emily-Rose, from Leeds, West Yorks., was trying to find the apartment that her friend, who was not from Leeds, had booked for the night. She and her friends were all meeting there before hitting the town.

Emily said: “A guy came up to me and asked if I had any change.

“I assumed he has a harmless homeless guy and ended up asking him for directions as I thought he might be familiar with the streets.

“Unfortunately, he wasn’t harmless, or homeless.”

Instead McNally, who has a personality disorder, led Emily-Rose down some lonely stairs to a dead end at the side of the River Aire.

Once she realised something more sinister was happening, McNally had punched her and by then it was too late.

Emily-Rose did not put up a fight as she was scared for her life.

She said: “I thought I was going to die. As he was raping me my head was next to the canal, I had thoughts of him throwing me into the canal.

“I just couldn’t stop thinking about my little girl and was so scared that I might not see here again.”

When her ordeal ended McNally apologised and left with her iPhone, a bottle of Jagermeister and a bank card, which he later used to withdraw £10.

She said: “At first I was scared of everything. It was like being a child and being scared of a monster under the bed.

“I have changed since the assault, I’m not as trusting of strangers, but I am rebuilding my life.

“I am a very positive person and I decided I wasn’t going to let this man win.

“I do not dwell on it or fear him anymore. I think it was very unlucky to have been raped and the chances of it happening again are virtually nil.

“I believe my being so vocal has allowed me defy him, I refuse to be a victim.”