Sixteen-year-old Jessica Moreland from Newcastle who became ill after making slime for her cousins.

A schoolgirl has issued a warning after she was ill for more than a month due to toxic levels of chemicals — in her homemade SLIME.

Jessica Moreland, 16, joined the craze of kids cooking up slime using online recipes, and spent up to three hours-a-day in her garden shed making pots of sticky goo.

But after suffering with a cough for weeks, her grandmother Sharon, 52, took her to the doctors who said it was a reaction to borax – one of the chemicals kids use in slime.

The teenager immediately stopped – but was left suffering with nausea, sickness, lung irritation, dizziness and headaches for around three more weeks.

Jessica, from Newcastle, is now back to full health, but is warning other kids of the dangers of the slime-making craze.

The warning comes days after Which? announced it had tested 11 of the most popular products on the market and found eight had above the recommended levels of boron.

The chemical is found in borax – a common ingredient in slime – but exposure to excessive levels can cause irritation, diarrhoea, vomiting and cramps, experts said.

Jessica said: “I had headaches and I started to feel really sick. I started becoming really, really ill. I had head aches and stomach aches and felt sick.

“I thought I had picked up a virus. I went to the doctors. They asked me what I had been up to, what did I like doing, and I said I had been making slime and it was using borax.

“When she said it was the slime I was really surprised. I thought everyone was doing it so it was safe. I had no idea I would be this ill off it.

“I’m alright now, I’m fit and well. I’m never going to be making it again now. I’m worried about other kids. If kids are around it all the time, it could be really dangerous.

“I didn’t think it was harmful and they think the same.” 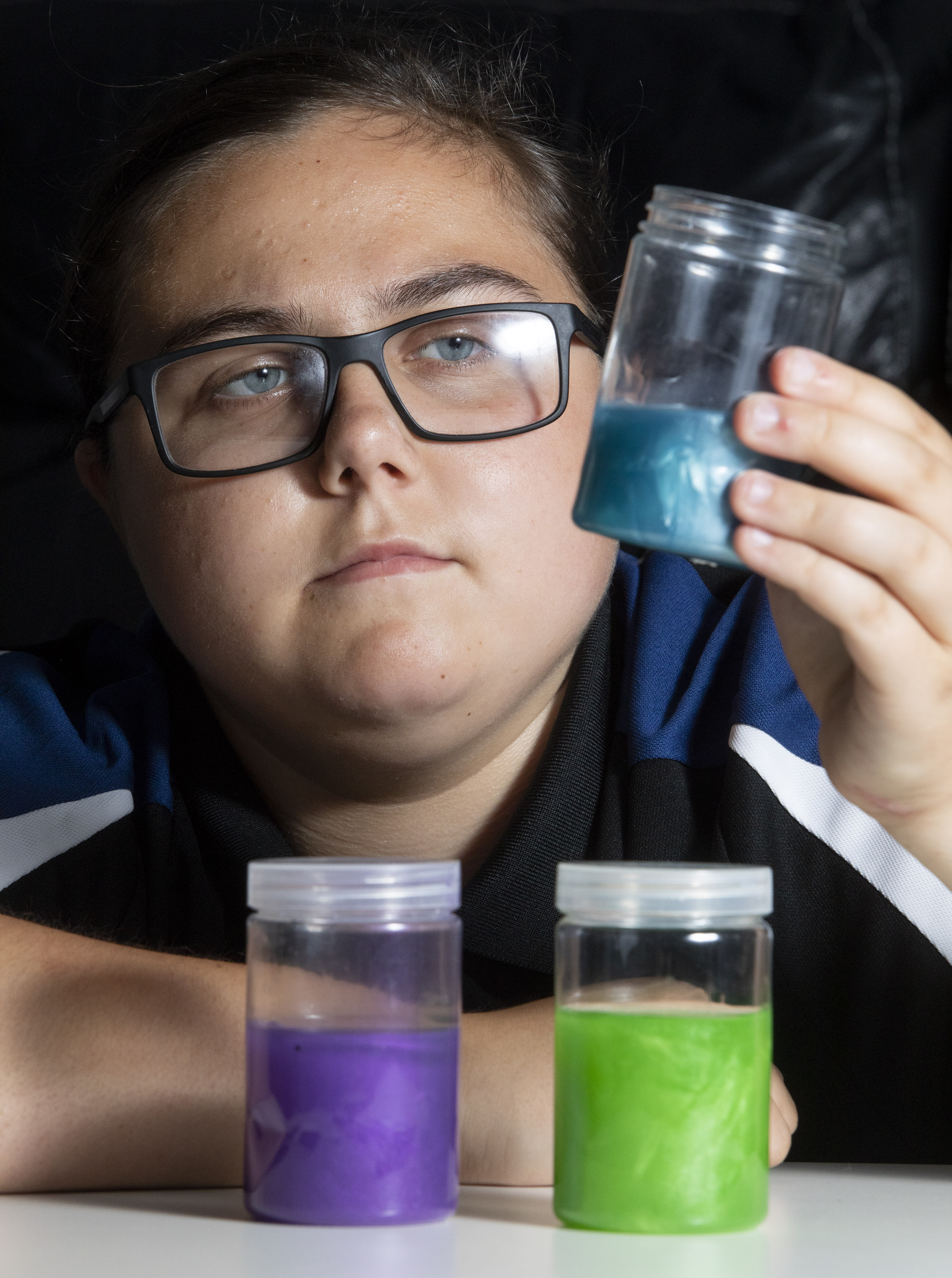 Jessica said she started making the slime around six weeks ago for her younger cousins, both 11, and ordered the ingredients off Amazon for less than £10.

She started mixing it up using recipes from the internet – combining glue, shaving foam and borax – in the summer house shed in the garden.

Borax – which comes in a liquid – is advertised online as a cheaper alternative to saline solution in slime recipes.

“Everyone was doing it and I wanted to join in too,” said Jessica, who has just finished her GCSEs. I made loads. I was nearly making it every day.”

Jessica had a cough for three weeks – causing her to be off school for a week – before her grandmother Sharon, 52, realised her illness might be connected to the slime.

Sharon, who shares a house with Jessica, and the teen’s mum Katie, 36, a call centre worker, said: “I thought the stuff was safe.

“It was only when I was sat in the cabin with her, with the door closed, chatting to her when she was making this stuff, I got a right headache.

“I felt sick and I was getting this stinking headache, and I said to her ‘stop making that stuff’ and took her to the doctor.”

Jessica, who said she also felt drowsy and breathless, and “needed to sit down a lot” was asked by her GP about her hobbies and activities – and told her about slime.

Her GP looked up borax online and concluded the symptoms were caused by exposure to the chemicals.

She immediately stopped making the goo – but was left tired, with headaches and nausea for weeks, and was even back at her GP surgery with a chest infection.

“They said my lungs were irritated by the chemicals,” said Jessica.

“There were times where I couldn’t get out of bed. I was worried I wasn’t going to recover. I couldn’t sit without feeling dizzy.”

Jessica’s grandmother is calling an an age restriction to be imposed, to stop children buying borax.

Sharon said: “If I hadn’t been in the shed with her, I’m not sure we would have known it was being caused by this slime.

“She has been really poorly. If there had been an age restriction we would have looked into it, and we certainly wouldn’t have let her play with it.”

Which! has passed its findings on to the Office for Product Safety and Standards and said market regulations should be improved.

Speaking to the BBC on Tuesday, Which? director of research Nikki Stopford said: “If you have school-age kids, you’re probably very well aware of the latest slime craze sweeping the playgrounds. Kids love it.

“There must be fundamental changes to the product safety system.

“Manufacturers must stop making unsafe products and the government and retailers simply have to do a far better job of getting anything identified as a risk off the shelves and out of people’s homes.”