Topiary elephants form the hedge of a house on Romilly Road in Finsbury Park, London. London

The aptly-named Tim Bushe, 64, charges London homeowners for his hedge art to fundraise for a charity which supports adults with learning disabilities and autism.

Thanks to his skills, there are two 5ft tall elephants meeting on a street corner in Finsbury Park, and enormous green fish in Canonbury.

Huge sleeping cats and a train – complete with pink plume of smoke – are perched outside homes in Highbury, and an open-mouthed fish leaps along a wall in Canonbury.

Mr Bushe first discovered his talent for privet-hedge trimming seven years ago when his wife Philippa asked him to trim the front bushes into a more interesting shape.

He used his electric 42-inch Black & Decker hedge cutter to create a steam engine – and then started taking requests from locals.

This year baffled locals and commuters have been treated to incredible trains, cats, fish and – his most popular – a family of life-size elephants.

His creations take around three hours to create, and he has to re-visit the hedges around three times a year, to keep them in shape.

He charges around £200 for a hedge-sculpture and £75 for follow up visits.

Dad-of-three and widow Tim, from north London said: “I’m an architect that went to art college first and did sculpture amongst other things.

“My wife insisted on cutting the hedge into a more interesting shape outside our house, but then I started doing it more widely as a charity fundraiser.

“I do it all using an electric hedge trimmer.

“My aim is to engage local communites and create an amusing talking point.

“For many years Hft have looked after my youngest sister Martha who has Down’s Syndrome.

“She is wonderfully happy in a safe and secure community of people with similar disabilities.

“You donate £200 for the first design and major shaping cut and then pay at least £75 for the follow up cuts on each visit.

“The price however can vary if the hedge is very small or very big.

“Hft will be very happy if you donate more but I leave that to you.

“You get a unique hedge that will be the envy of the neighbourhood and people will smile a lot as they walk by.”

Tim is currently appealing for someone to help him with his hedge work after breaking his back in four places, while biking in California last year. 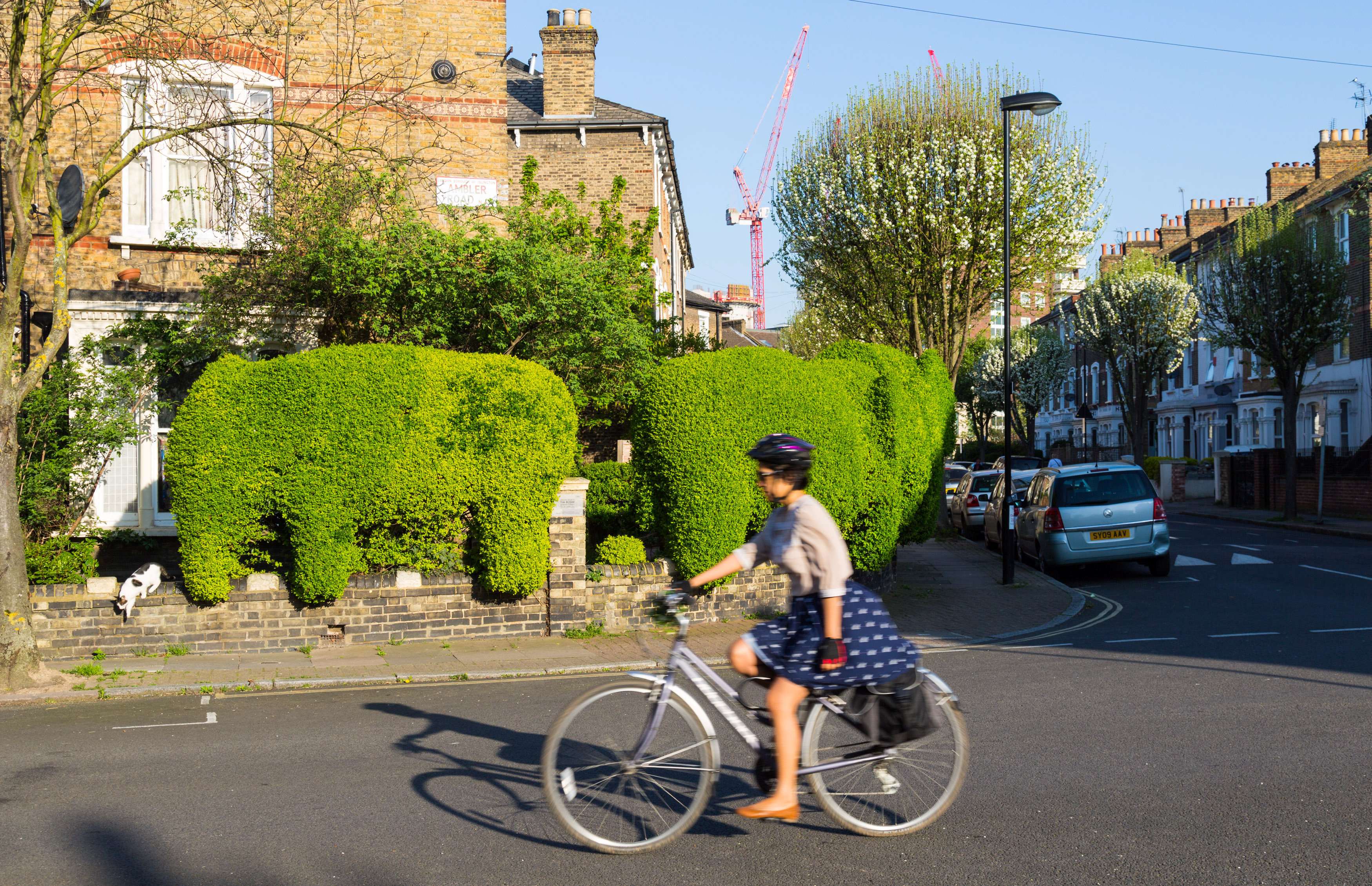 He added: “I am getting better and hopefully will make a full recovery.

“My neurosurgeons tell me I’m a ‘lucky man’.

“I’m trying to enlist people to help me out this year to keep them under control. I can still direct of course.”

He has set himself a target of raising £10,000, and after photos of his elephants went viral on Twitter this week, his total currently sits at £9,220.

In the past, Tim has also sculpted serpents, knots, owls, a chicken, a cannon and a Chinese dragon.