An amateur baker has created life-size versions of her twin daughters made entirely out of CAKE to celebrate their first birthday.

The customer service advisor said she wanted to make something extra special for the twin’s upcoming first birthday next week.

So she spent three weeks crafting the masterpiece using 4 eggs, 2.2kg of flour and 4kg of buttercream.

Lara, of Walsall, West Mids., said: “The twins first birthday was coming up and I felt like I had to do something special for them.

“It’s the most critical I have ever been while making ‘cake people’ because I feel like I did such a good job making them so cute in the first place.

“What other kids get to say that their mum made them life-size cakes of themselves for their first birthday?

“It’s a Madeira cake, and took 100-120 hours of work, the main work was the icing and that was completed this last week.

“The hardest part was the hair, which is made out of pulled sugar and each individual strand was made separately.

“I posted the pictures of the cakes on social media to show friends and family and they all love it.

“The girls have pretty much destroyed the cakes now, it only lasted about five minutes in the ring with those two.

“They thought the cakes were dolls, and enjoyed their time with the cakes, they weren’t fussed or scared of them.

“People keep asking me what am I going to do for their second birthday.

“But I’ve got a few tricks up my sleeve, you’ll just have to wait and see.” 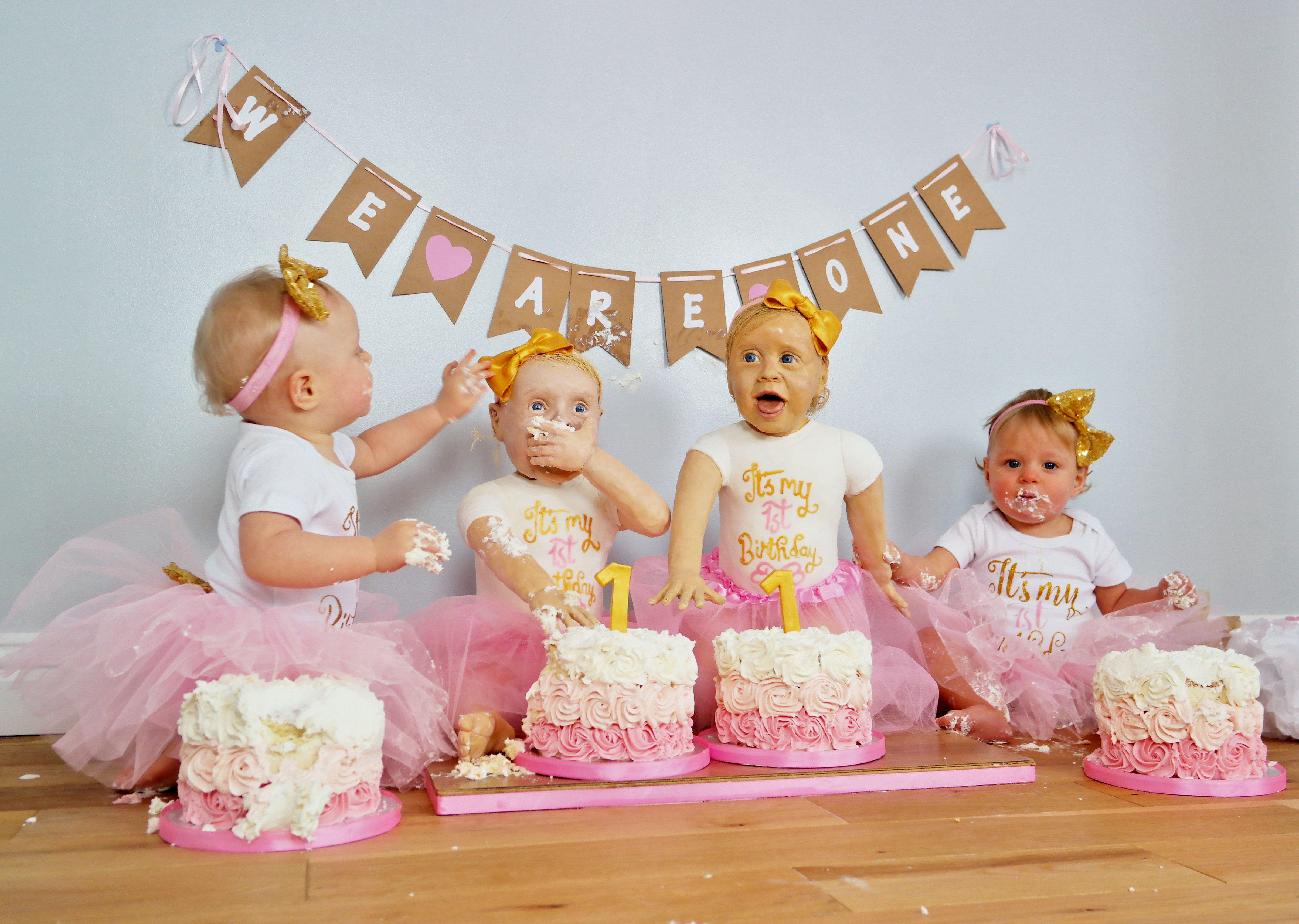 Lara started making cakes just as a hobby for her family and friends before she decided to enter the Cake International competition in November 2013.

In her first year she picked up Gold Award for her 5ft 5in replica of Captain Jack Sparrow from Disney blockbuster Pirates of the Caribbean.

She has also scooped the same prize for her 3ft-high cake creation of Prince George at the event in November 2015.

“Teaching baking is what I’d love to do in the future, I’d like to pass on what I know to others so they can make their own creations.”