An underwater photograph of a Humpback Whale (Megaptera novaeangliae) and her calf pictured next to a swimmer in Vava'u, Tonga.

These stunning images were captured by a British underwater photographer as he swam with a pod of humpback whales with a young calf.

The beautiful creatures curiously approached Brit snapper Steve Woods after he plunged into the sea off the coast of Tonga in the South Pacific Ocean.

The marine mammals can be seen approaching the camera before slapping and even waving their tail fins in an apparent attempt to interact.

Other breath-taking photographs show Steve’s guide being completely dwarfed by the massive whales as they swim just metres away.

The humpback whales migrate to the area each July from the frigid waters of Antarctica to give birth to their calves.

Steve, 35, who is originally from Birmingham but now lives in Norway, said: “This is a serious adrenaline rush.

“From around 100m we would observe the whales, sometimes for hours in order to see how they are behaving and reacting to our presence.

“As you quietly swim towards the whales slowly huge shadows start to appear ahead of you.

“The first time you see a whale underwater it is hard to comprehend the size and the beauty of these ocean giants.

“They are huge – not only are they huge, but they are incredibly graceful in their movements, slowly but powerfully dancing through the water.

“On numerous occasions we would discover that we were in the water with a huge mother and her very young calf.

“The mother would invariably be resting, rising every 5 to 10 minutes to take another breath and then sinking a few meters below the surface of the water to rest again.

“Sometimes the mother would be ‘sleeping’, shutting one eye as she rested one half of her brain then doing the same with the other eye.

“She is aware of you and is unperturbed by your presence.

“The calf however would usually be very interested, swimming over to take a good look at the weird humans in the water and actively playing with us.

“This would involve barrel-rolling under water, slapping its pectoral fins near us or using its caudal peduncle to tail slap.

“Once the calf became hungry again you could see it nudge its mother, sometimes opening its mouth to communicate to her that it was feeding time again.

“The pair would then slowly sink so that the calf could feed.

“Sometimes there would be an ‘escort’ close by, keeping an eye on the mother and the calf from a distance.

“It was originally thought that this was a male, however new research shows that this can also be an older female that has already raised many young, acting almost like a midwife.

“Sometimes, interactions such as these can last for hours.”

Tonga was a whaling nation until it was banned in 1978, when the humpbacks’ numbers were decimated by around 90 per cent – but numbers have steadily risen since to around 2,500

Steve said the whales also turn up to the warmer climate to reproduce, where the water temperatures reach 29C. 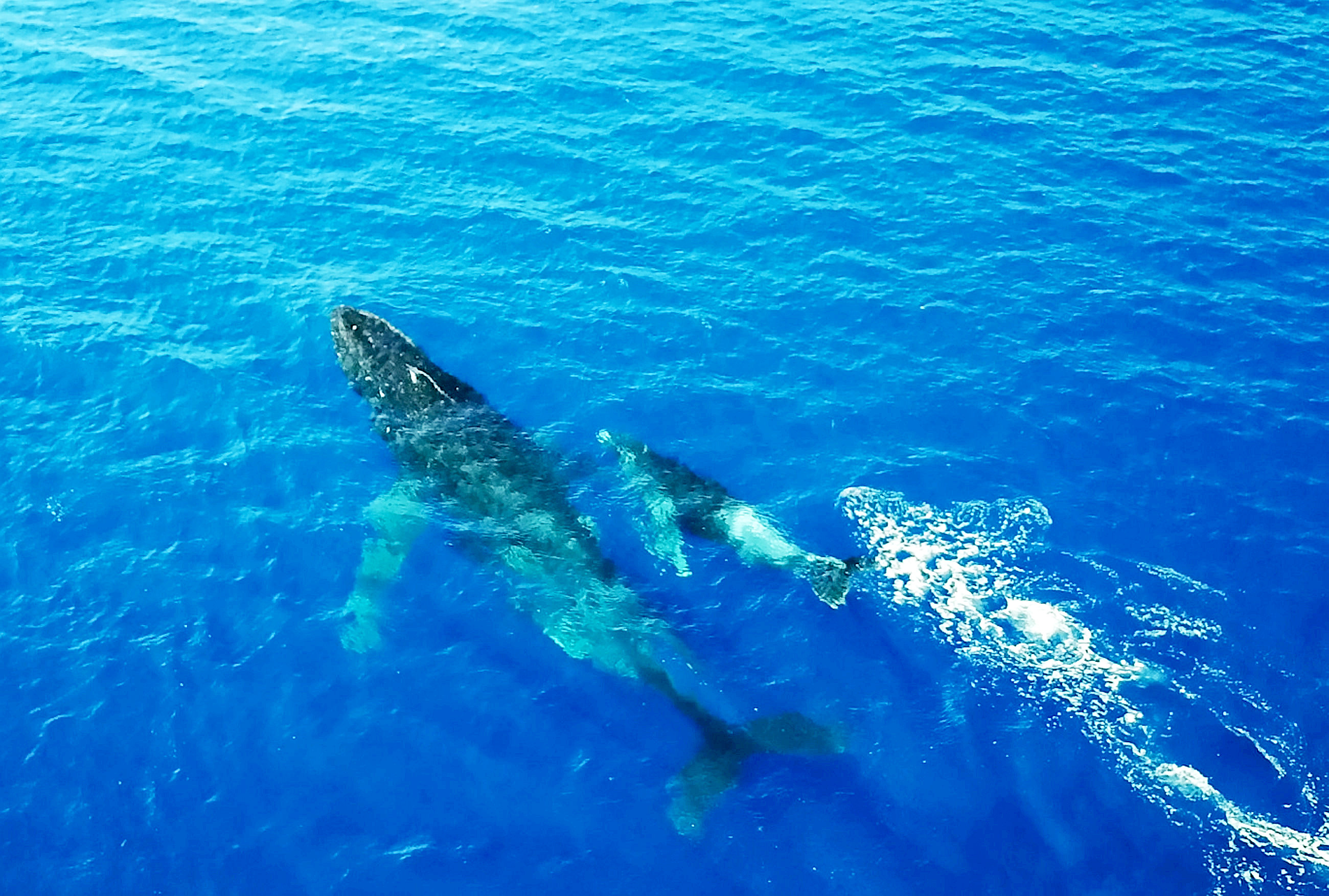 He said: “Huge courtship battles called ‘heat runs’ can consist of between two and 20 males charging through the water, all vying to get the attention of a single female.

“As each adult can grow to 16m and weigh up to 40 tons, it is not for the faint hearted to be in the water as they charge past.

“The heat runs can last for hours and stretch over many tens of kilometres coming to a conclusion when one male has succeeded in pairing off with the female or the female shows enough disinterest that the males give up.”

After graduating from University of Leicester, Steve worked as a press and sport photographer in the UK before embarking on a career in marine conservation.

Medical Miracle: Eight-year-old has baffled doctors after his terminal cancer is now TREATABLE

Medical Miracle: Eight-year-old has baffled doctors after his terminal cancer is now TREATABLE