A student with a rare condition that causes constant hunger has revealed how her parents used to lock the FRIDGE so she couldn’t steal food.

Alex Brown, 25, has a Prader-Willi-like syndrome, an incurable genetic disorder which causes overeating and often leads to morbid obesity.

As a child her parents locked the fridge and cupboards when they left the house and Alex had a minder at school who ensured she didn’t eat anything she shouldn’t.

As a teenager with newfound freedom, Alex would drive to McDonald’s and Taco Bell and feast on fast food.

She rapidly gained weight but is now on a mission to lose it – a task made harder by the fact the condition means she has a slower metabolism and an insatiable appetite.

If she eats fatty or sugary grub she will quickly pile on pounds and struggle to lose them, so she must closely monitor her calorie intake.

Against all the odds she has lost 20lbs in two years through daily exercise and restricting her diet and is documenting her grueling journey on her Facebook page.

Now she is speaking out in a bid to raise awareness about the condition and to help others with PWS and similar conditions realize they can follow in her footsteps.

Alex, of Paso Robles, California, said: “Sometimes I wake up at 5.30am and I’m horribly hungry.

“I feel like I haven’t eaten in days – I’m absolutely starving.

“It’s hard, but if what I eat wasn’t closely monitored I would gain weight horrifically fast.

“When I was younger if I went to a birthday party my mom and I would talk about how there was going to be lots of food and I would only eat the food that was given to me.

“If someone else was having treats I could have one and that was it.

“It was a challenge because I saw everyone else eating and having more than what I would get.

“My friends would ask to come over and I’d say no because I knew my parents wouldn’t be there after school and I didn’t want them to see all access to food was blocked.

“When I was in junior high I had an aide who was my shadow. She followed me during breaks and lunch and her job was to make sure I didn’t have access to food that wasn’t provided by my parents.

“When I got my driver’s license at 19 or 20 I would go get food, not because I needed it but I had never had that free access to food.

“I could do whatever I wanted and I ran with it. I wasn’t making the healthiest choices – I would go to McDonald’s and Taco Bell a few times a week.

“All my parents could do was put healthy food in the house but I had no interest in it at that point.” 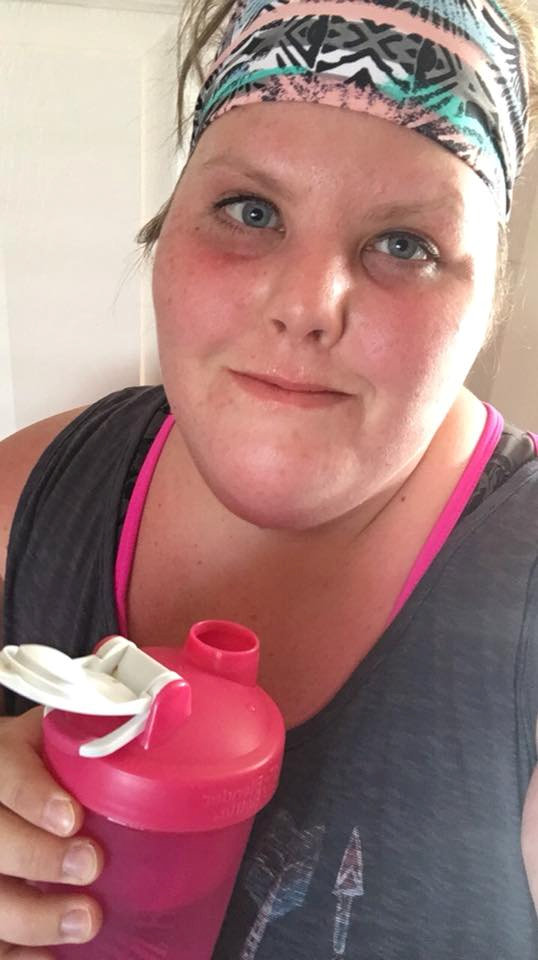 Alex, who has an associate’s degree in social and behavior science and is studying towards one in early childhood education, was diagnosed with Prader-Willi aged three.

It is caused by a defect in a paternal gene in chromosome 15 which disrupts the function of the hypothalamus, the part of the brain that controls the release of hormones.

The condition, which affects one in 15,000 babies in the US, causes cognitive disability, behavioral problems and underdeveloped genitals as well as weight issues.

Doctors believe Alex has a condition similar to Prader-Willi because she has most of the symptoms but not all and she is very high functioning.

She was born ‘floppy’, or with low muscle tone, she underwent speech therapy as a young girl due to cognitive impairment and experiences weight issues.

Two years ago, she saw a specialist who advised she slim down in order to avoid the complications of obesity that plague people with Prader-Willi and similar disorders.

The doctor recommended the Weight Watchers diet, which uses a points-based system to help followers of it track their calorie intake.

The diet has given Alex control over her diet and helped her resist the urge the binge to such an extent that they no longer need to lock food away.

Typically she eats oatmeal for breakfast, fruit and nuts for lunch and salad or chicken for dinner, with the occasional treat in the form of ice cream.

Alex, whose learning delay meant it took her five years to get her associate’s degree rather than the standard two, also does 45 minutes of activity a day, such as Zumba.

She said: “I feel like I’m doing the best with what I can and I’m not getting the results as quickly as I want to.

“My body is very good at gaining weight and not very good at losing it. Sometimes it doesn’t want to work with me.

“There are still days where I want to eat things but I know it won’t fit in my points and I can’t even deal.

“But I am doing this for me, mentally and physically. Ultimately, it might take me longer and be harder but it is up to me.”