Megan Reeve, a hair and beauty student who was attacked and tormented by school bullies who called her a “penguin” and “dinosaur” for her cerebral palsy has had the last laugh – by becoming a BEAUTY QUEEN.

A teenage student with cerebral palsy is in the running to be become the first ever disabled winner of Miss England.

Megan Reeve, 16, was tormented by school bullies who had branded her a “penguin” and “dinosaur” but has now had the last laugh after being crowned Miss Rugby.

She had been subjected to a cruel campaign of abuse by former school pals who even lured her from her home one day and savagely attacked her.

But the hair and beauty student decided she would not let her disability get in her way of achieving her dream of becoming a beauty queen.

And last weekend Megan was crowned Miss Rugby in Bedworth, Warks., – qualifying for the semi-finals of Miss England, which will be held in July. 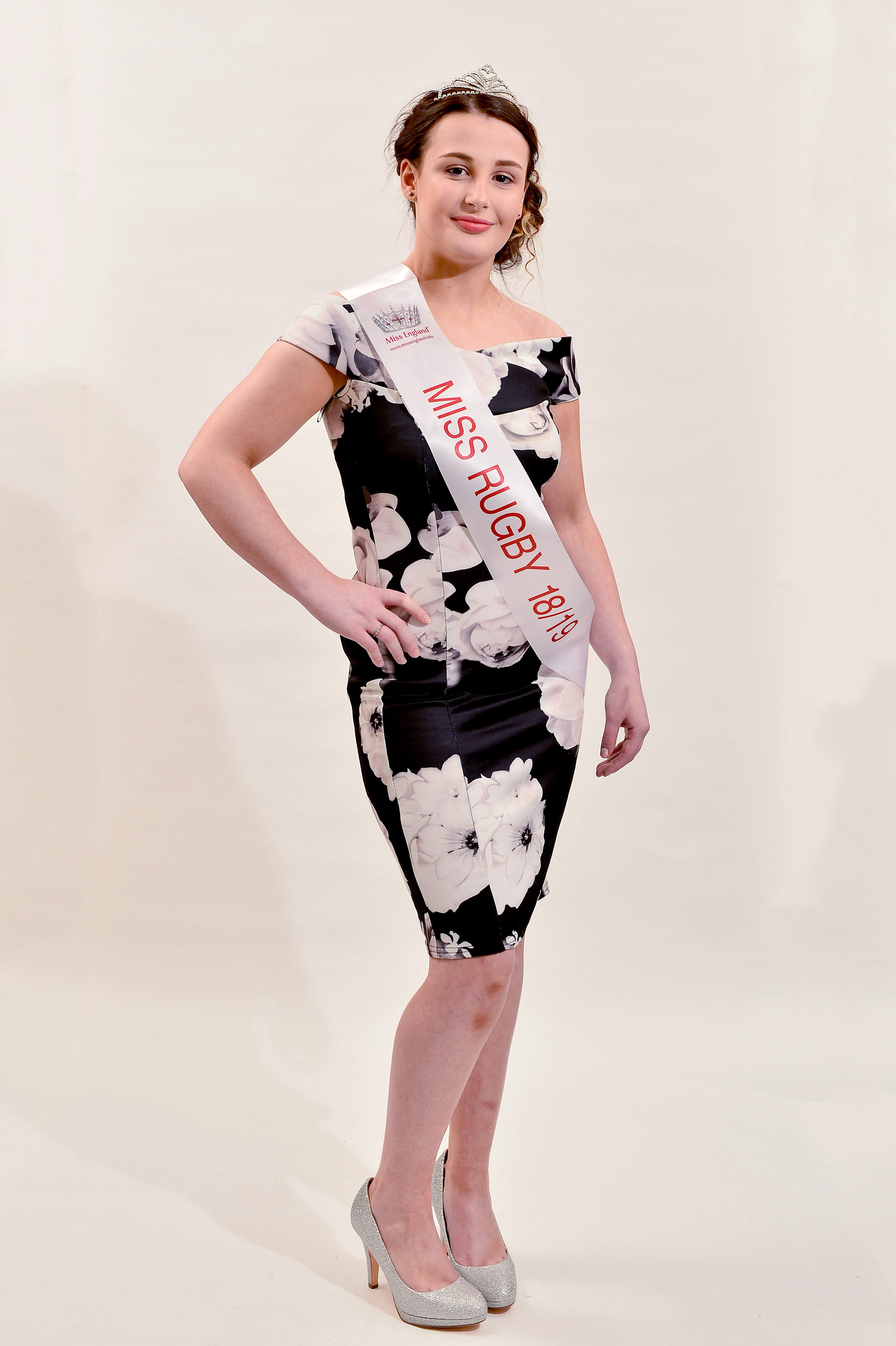 Megan, who has cerebral palsy and Aspergers syndrome, bravely took to the stage despite also suffering from anxiety and was stunned when she won.

She is the first ever contestant with cerebral palsy to enter the competition in its 65-year history.

Megan, of Rugby, Warks., said: “It felt amazing to win, I got attacked three years ago really badly and it caused me to have anxiety – so this was a big confidence boost.

“I experienced loads of bullying growing up from people in school – because I walk differently to everyone else, they called me ‘penguin’, ‘dinosaur’ and all that.

“It is severe, I struggle on a day-to-day basis. I struggle dressing myself, I struggle with stairs, my posture and things like that.

“When I actually competed last weekend, that was the first time I had ever been on stage. I was nervous but really excited to do it.

“We had a pageant training day beforehand where they taught you how to walk and pose, but apart from that I have no experience of these sort of things.

“Winning is a great confidence booster and proof that you should never let disability stand in the way of achieving what you want in life.”

“For somebody that has a condition like cerebral palsy and Asperger’s, to do what she does, is amazing. She just wants to inspire people.

“Disability doesn’t stop you from doing what you want to do in life – she’s just beautifully different.

“With her cerebral palsy and Asperger’s I want people to know: don’t let it hold you back.

“Through everything Megan has been through, she has come through it.

“It’s made her a bigger and stronger person and she wants to go and help people.”