WATCH: Street beggar asks for cash – while watching TV on a pricey tablet

Video grab of footage of the bizarre moment a beggar asking for money was caught watching TV on a tablet computer, having a McDonalds and having a cigarette outside a McDonald's in Charing Cross, London.

This is the moment a woman saw a street beggar asking for cash – while watching TV on a tablet computer.

Her video appears to show a man sitting on the street behind a begging cup, while covered with a sleeping bag.

But the onlooker says he was hiding a tablet computer under his blanket, and it could only be seen when she viewed him from behind through a window from inside McDonald’s.

The 22-year-old student, who took the video, said the ‘homeless’ man was also drinking a beer – and a glass bottle can be seen near his pitch, in the video. 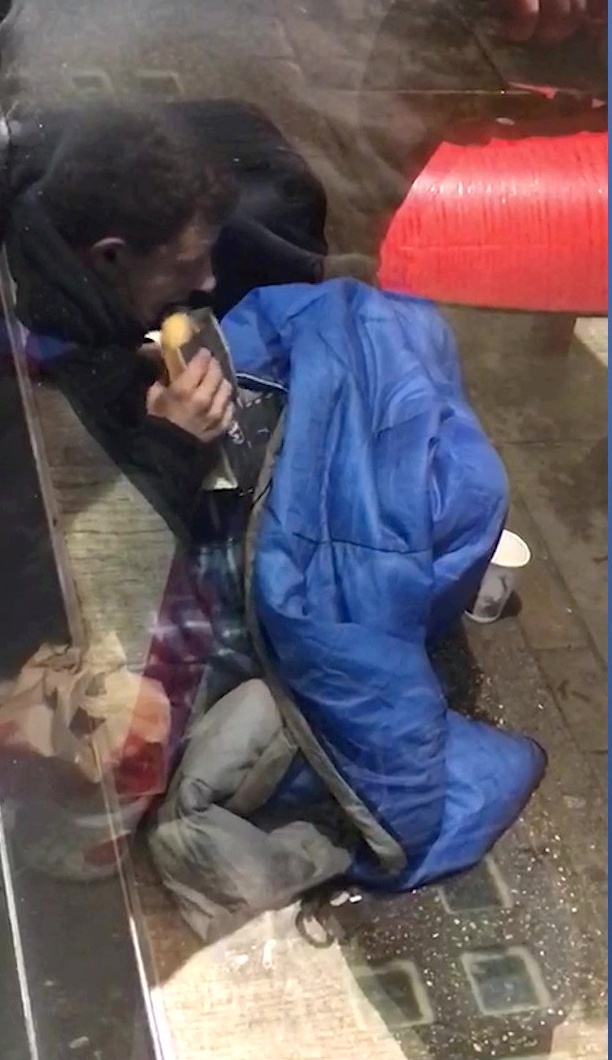 She said people gave him money, and she was going to buy him a meal until she spotted the pricey gadget.

In the clip the young man appears to be watching a video, and the icons on the screen look similar to those on the YouTube app.

The onlooker – who accused the man of being a “fake beggar” – said she took the footage of the man outside McDonald’s in Charing Cross, last week.

She claims she spotted TWO tablets and a PHONE while she watched him from inside the restaurant.

She said: “He had two tablets and one phone and was chilling on the streets with a beer and also begging.

“There are many people who give their hard earned money to these fake beggars.

“It was around 10pm and he was sitting outside. I just saw him sitting there with the screen on. 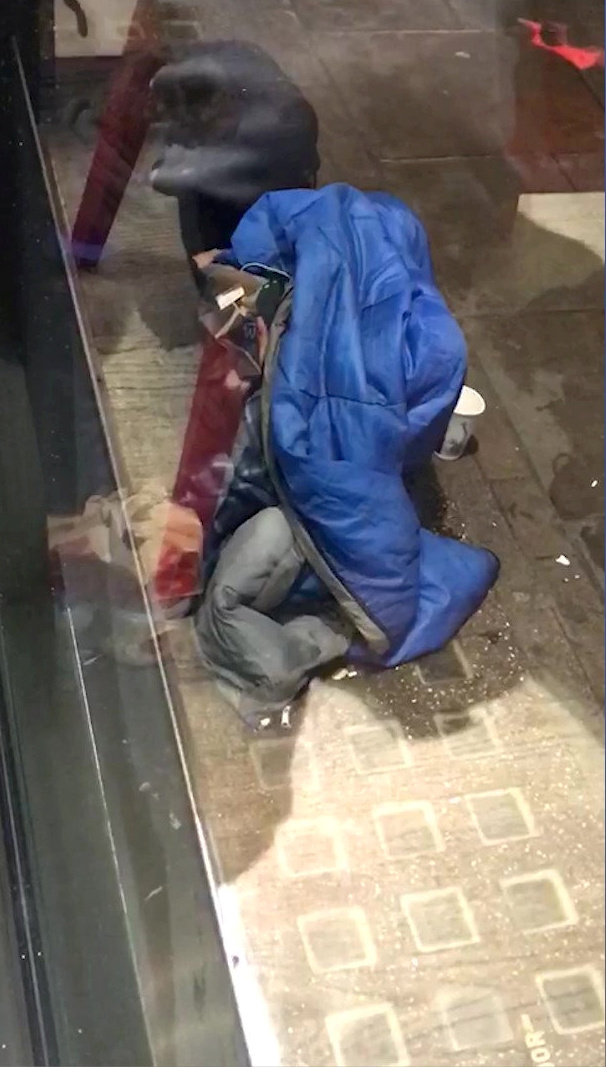 “He had two cups – one asking for tips and the other he was drinking from.

“But very secretly he had the screen covered up with his blanket so that people couldn’t see what he was up to.

“He isn’t a real homeless person – he’s rich enough to have a tablet.

“I wanted to go out there and confront him to be honest.

“I was going to get a meal and take it to him but I saw the tablet and realised it was all fake.

“I was really angry.

“I saw people giving him money and food and also saw another person who came and gave him his money.”