Staggering photos show tens of thousands of dead starfish washed up on a British beach in the wake of the beast from the east weather snap.

Staggering photos show tens of thousands of dead starfish washed up on a British beach in the wake of the beast from the east weather snap.

The spectacular scene in Ramsgate, Kent, was described as “like the armageddon” by wildlife enthusiast Lara Maiklem, 47, who photographed the phenomenon.

She estimated “hundreds of thousands” of starfish and other sea life were washed ashore this weekend following the spell of subzero temperatures.

Lara travelled to the beach with her five-year-old twins, Edie and Beau.

And in a bizarre twist, they also discovered a pair of false teeth among the mass of dead wildlife. 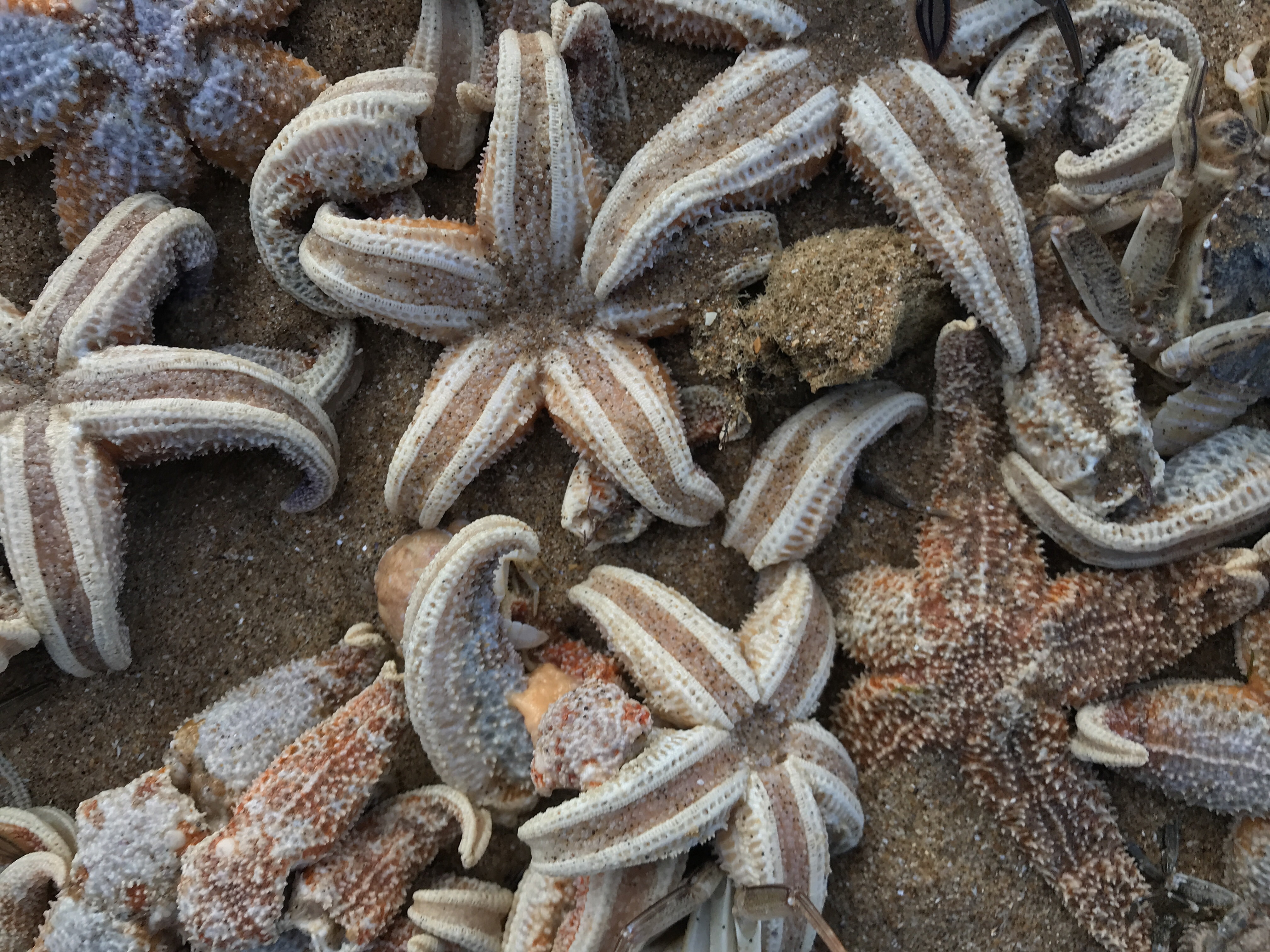 She said: “It was incredible. There were starfish as far as the eye could see, there were fish in there and sea urchins.

“I think someone found a lobster in there as well – and some false teeth.

“It was amazing. I live on the coast but I spend most of my time in London mudlarking in the Thames.

“I had heard about the starfish so I went down. There were quite a lot of people.

“I think they were first swept up yesterday (SAT) and somebody told me they were there. 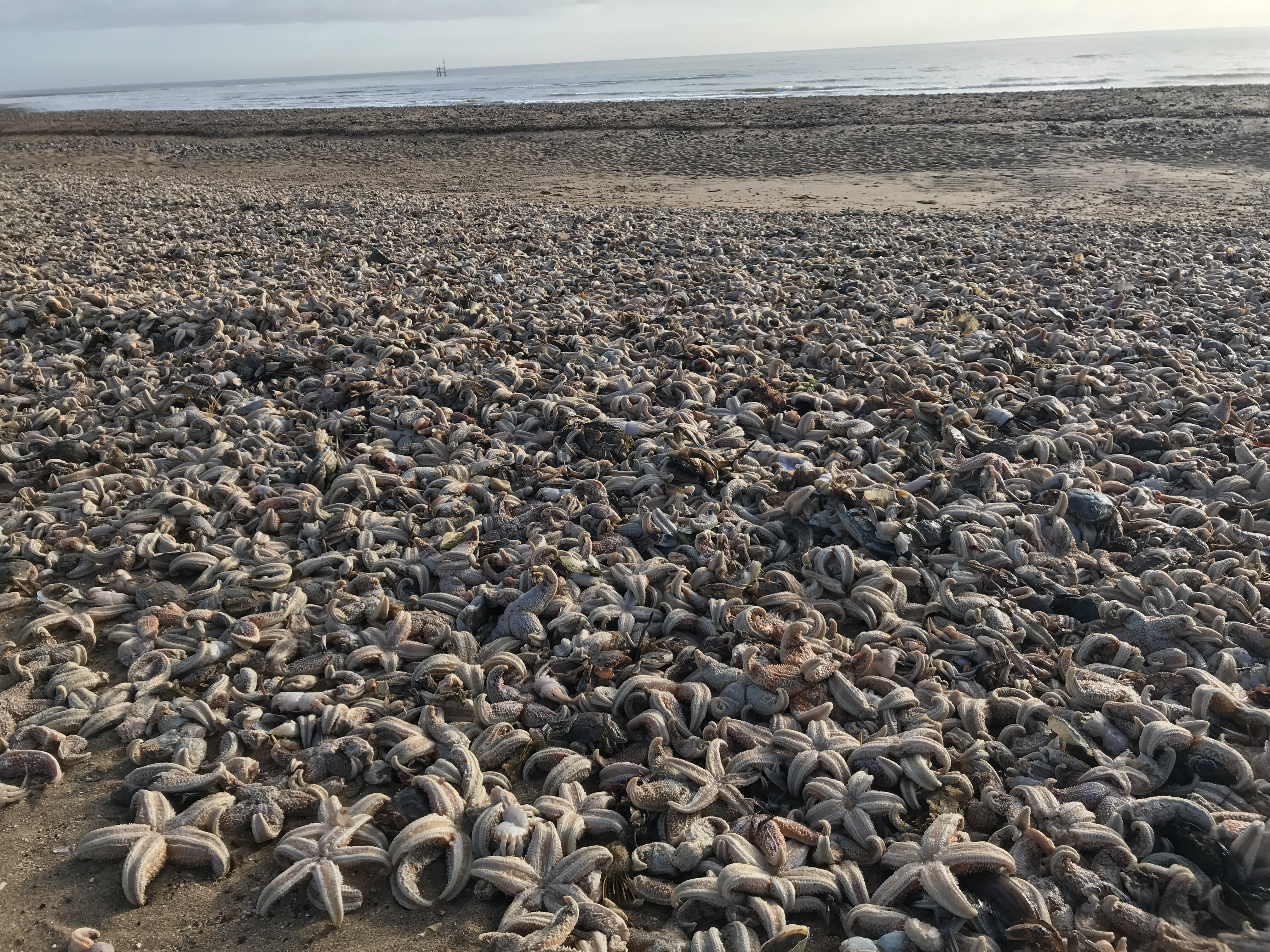 Lara, who is currently working on a book documenting her mudlarking, said the starfish stretched from Ramsgate to neighbouring beaches in Broadstairs.

Seagulls and other birds were also among the dead wildlife.

Lara added: “The beast killed quite a lot of creatures. We save as many as we could but it was like the armageddon.”

She shared the pictures on her London Mudlark Facebook page, which has more than 30,000 followers.

Some described beaches elsewhere in Britain covered with dead razor clams and other creatures.

Chris Keyworth said: “It’s a natural phenomenon which happens all around our coast every year without the storms, normally you get one or the other dying off in stages – one day it’s crabs, the next it’s sea stars, the next jellyfish.”

But many people were still moved by the pictures.

Tim Street added: “Strange to see but another bit of nature will make sure it’s all used for something.

“Unlike the mountain of plastic we continue to shove into the oceans.” 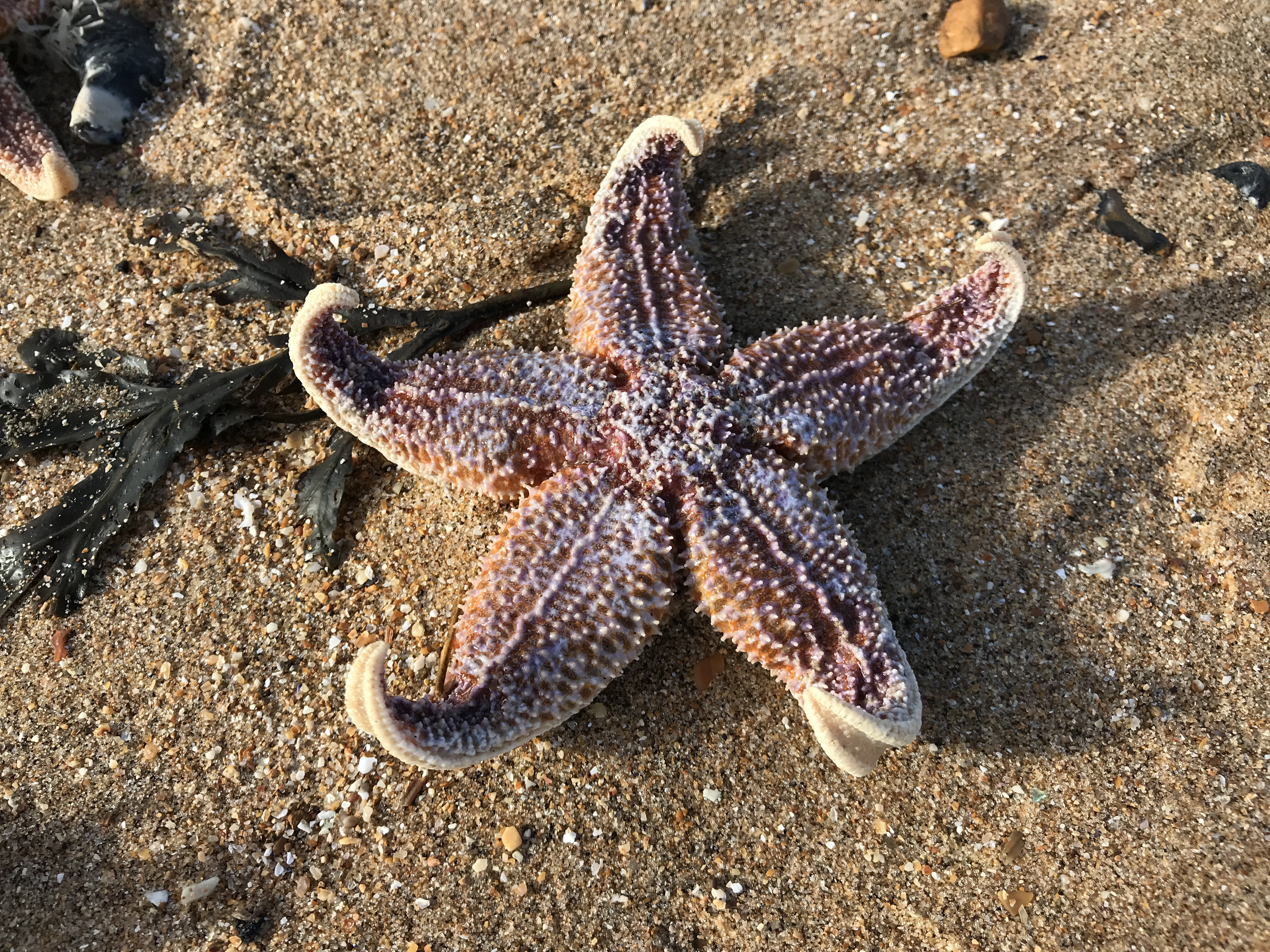 Lara, who works in publishing and has been mudlarking for 25 years, added: “All around the country there seem to be creatures being washed up in huge numbers.

“There must have been thousands and thousands of starfish, and lots of crabs as well.

“Some of the crabs were still alive so we took them back to the rockpools.

“The children were amazed – and a bit disgusted.”