A headteacher says a Snapchat-addicted teen is now a star pupil after she aced her exams – after begging him to lock up her phone.

Andreea-Denisa Ciubotaru was spending a whopping ten hours every day on her phone, flicking through pics on Instagram and taking Snapchat selfies.

But with her GCSE final exams approaching, the 16-year-old took an unusual step to help boost her failing marks – by asking her head to lock her iPhone in his safe.

Now Andreea, from Barking, east London, has seen her predicted grades soar from a C to an A, after her mobile spent the last month locked in her school safe.

Eastlea Community School headteacher Stephen Gillatt is convinced the break from her phone will significantly improve her grades.

He thinks she will move from her predicted average grade of 5, the equivalent of a C plus, to an 8s, which is the same as an A grade.

The teen, originally from Romania, has said she’s now urging all her friends to ditch their phones and follow suit to concentrate on their exams.

She said: “Everyone knows how addictive your phone can be.

“I have told all my friends to get rid of theirs.

“When I got my predicted grades, they were not what I wanted, and my phone was to blame.

“I was on it more than I was at school, up to ten hours every day.

“I realised that if I wanted to do well in my GCSE I was going to have to give it up.

“If I had tried to keep the phone at home I know I would have pestered my mum to give it to me so it had to be somewhere I knew I couldn’t get it.”

The change in her performance comes as Culture Secretary Matt Hancock called for mobile phones to be banned from schools, and Andreea thinks students wouldn’t miss them.

She said: “The first few days were very difficult, you don’t realise how much time you spend on your phone but after a week I found that I did not miss it at all.

“It was incredible how much more I was able to concentrate. Knowing that I did not have my phone to distract me, that I could not go on Instagram or Snapchat meant I was much more focused.

“I won’t know for certain if it has helped me get better grades but I can be certain that I have given it my best effort.” 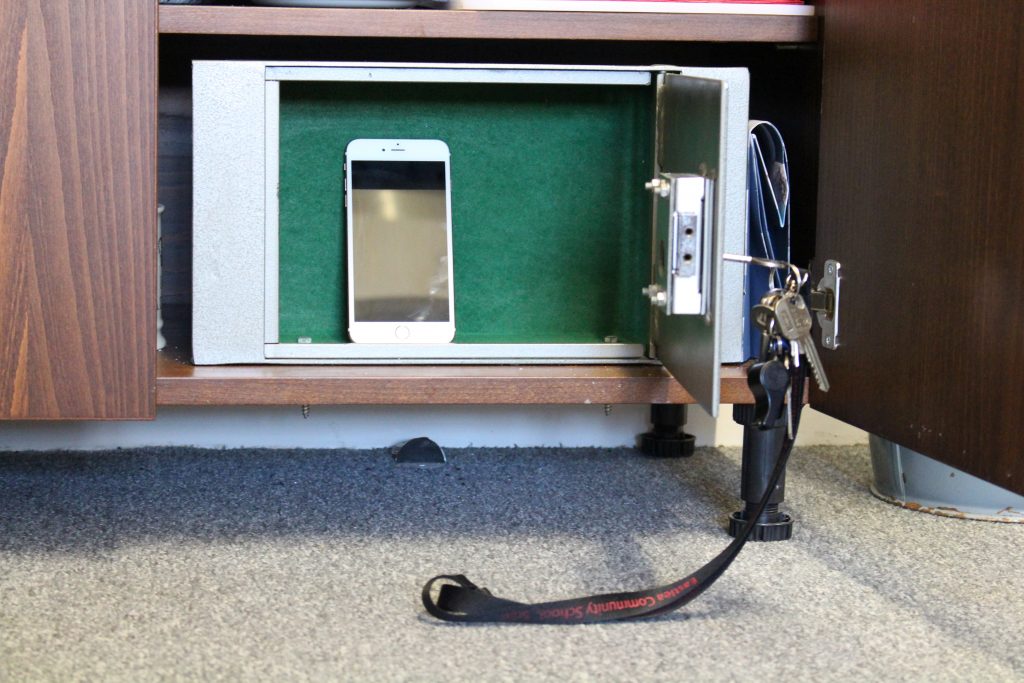 She’s also saved around £40 after stopping using her iPhone 7.

Headteacher Mr Gillatt said: “I can predict with a good deal of certainty that Andreea grades will be significantly better because of the break she has had from her mobile phone.

“I am convinced she is now looking at getting an 8 grade in her subjects which is significantly higher than the 5 she was predicted. That is how much difference I think it will make.

“You don’t have to be a genius to work out that less time distracted on your phone and on social media and more time studying is going to have a positive effect.”

Mr Gillatt also agrees with the Culture Secretary, that phones should be banned from school.

He said: “When I arrived at this school in September as the new headteacher, the first thing I did was to ban mobile phones.

“As a headteacher, I welcome the comments from Culture Secretary Matt Hancock on mobile phones. It is a real issue for schools.”

She added: “I really love art so now I spend my time painting or reading about art.

“I also go on trips with my family.

“Life is so much more fulfilling now.”