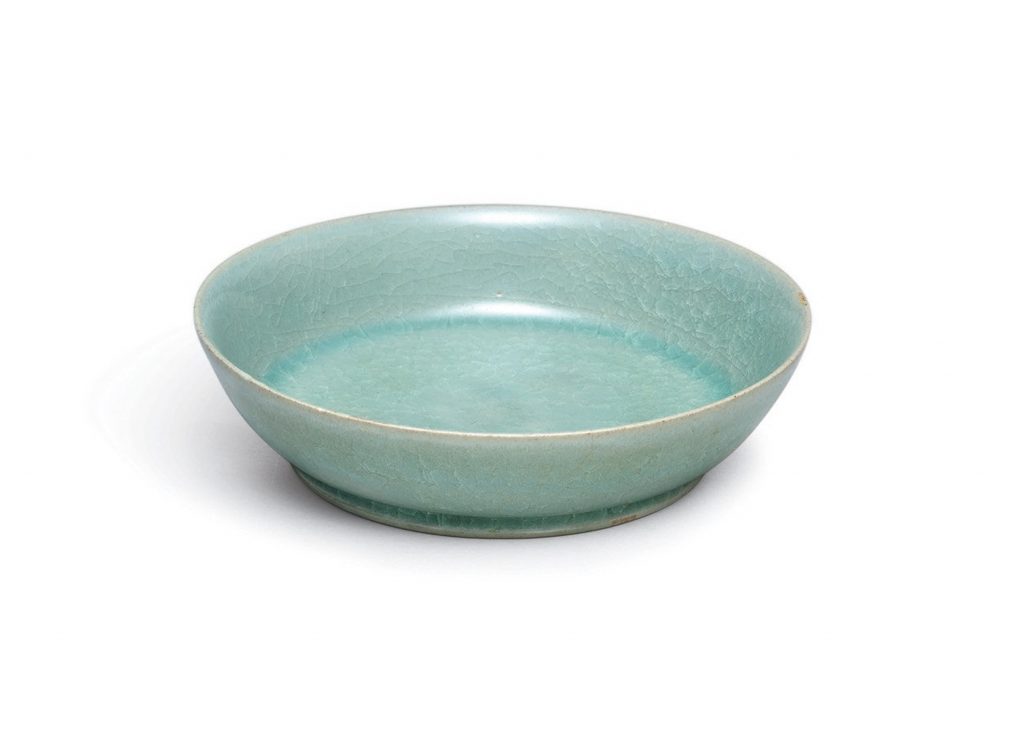 A small but highly-important ceramic dish from Imperial China sold for a world record £28 MILLION.

The “virtually unobtainable” brush washer is around 1,000 years old and was commissioned by the imperial court during the Song dynasty.

It was made by Ru guanyao, which is one of the most revered of the Five Great Kilns used during this period.

The dish, which has a diameter of just 13cm and would have been used to clean brushes, has a glowing, intense blue-green glaze and ‘ice crackle’ pattern.

It was offered by Sotheby’s with a guide price of £10 million, but there was a fierce 20-minute bidding war and the dish eventually sold to an anonymous bidder for £28 million. (HK$294.3million).

The price paid for the dish in Hong Kong is a world record for a Chinese ceramics piece, beating the HK$281.24 million paid in April 2014 for a Meiyintang Chenghua ‘Chicken Cup’.

A statement from the auction house said: “Today at Sotheby’s in Hong Kong, a new world auction record for Chinese Ceramics was set when a highly important and extremely rare Ru guanyao brush washer sold for £28.2 million after a 20 minute bidding battle.

“While seemingly small and unobtrusive, these understated aesthetics reflect the calibre and meticulousness of its craftsmanship, a quiet metaphor of Chinese philosophy celebrated by erudite connoisseurs and scholars throughout time.”

It is most likely the dish was made between 1086 and 1106 and it is extraordinarily rare for a Ru vessel to be sold at auction.

There are thought to be just 87 pieces of Ru official ware in existence and only six have been sold publicly since 1940.

Ru ware has an almost mythical status which is attributed to its short-lived production period, generally believed to not have exceeded 20 years.

It is a hugely important part of China’s culture, with the small pieces considered the epitome of the Chinese potters’ craft.

The last brush washer to be sold publicly was in 2012 when a dish was auctioned by Sotheby’s.