A young female leopard startles a sleeping dog, which fights back, as astonished tourists' look on at the Jhalana Leopard Safari Park in Rajasthan, India.

This is the moment a sleeping dog stood its ground and managed to scare off – a LEOPARD.

The pooch was dozing in the middle of the road when a cheeky big cat crept up and tried to pounce.

But the pup started barking repeatedly until the young leopard was forced to retreat into the forest inside the Jhalana Leopard Safari Park in Rajasthan state, India.

The entire episode was captured on video by a group of wildlife activists and tourists who were on a safari tour in the park at the time.

They started filming when they spotted a leopard skulking through the trees on Tuesday.

Witness Kunal Gangwal from eco-tourism group World of Wilders said: “As our jeep stood still a stray dog came and lay down in front of it unaware of the prowling leopard nearby.

“The leopard, a one-and-half-year-old female named Juliet by local guides, was hiding in a bush about 10ft away.

“Suddenly it pounced on the dog. 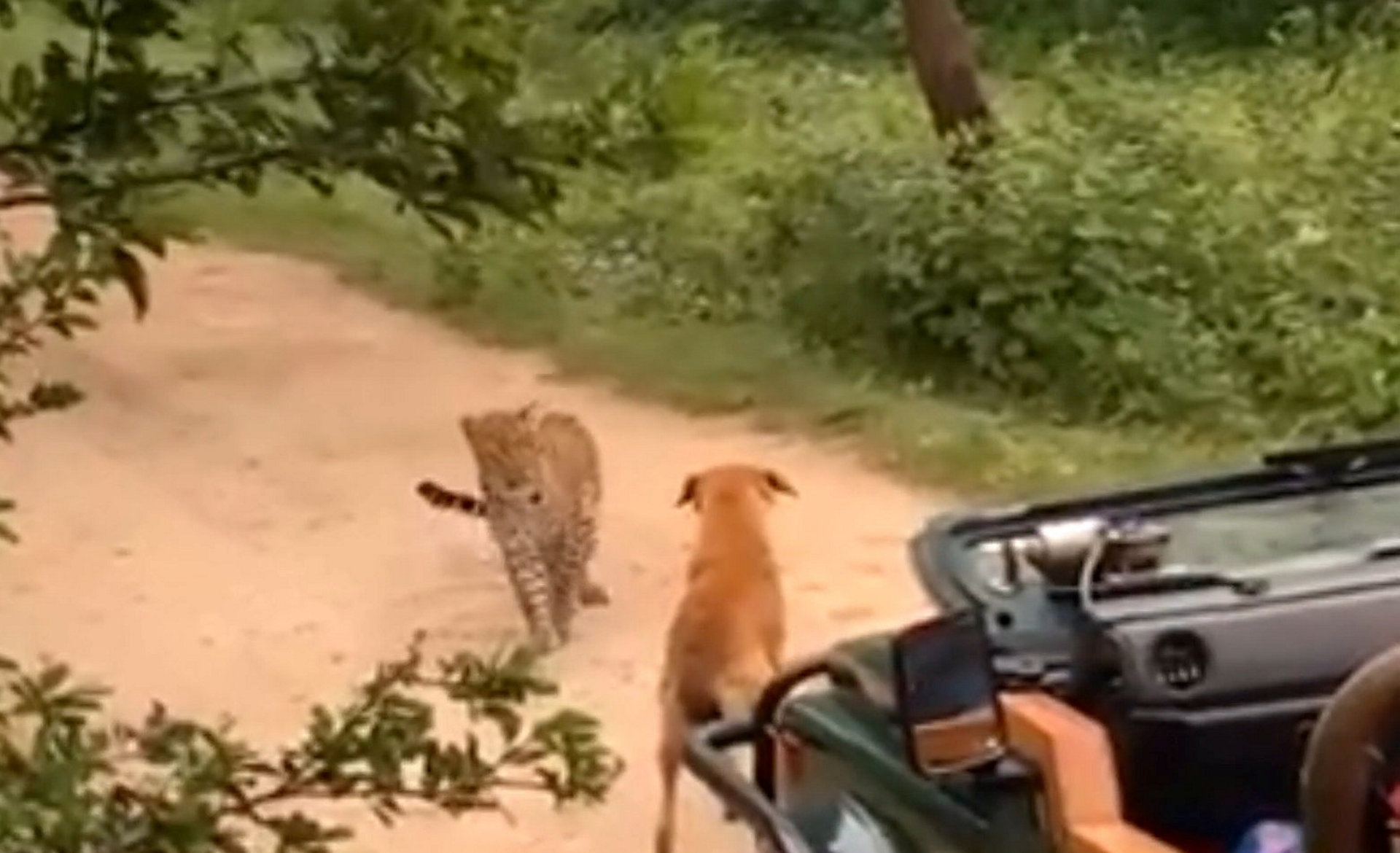 “For a moment, the dog was petrified but, not to give up easily it stuck its ground.

“And, though it tucked its tail between its legs – a sign that it is afraid – it kept barking louder and louder at the now perplexed leopard.

“The wildcat stood by the track for a while before slowly retreating into the bushes.”

The driver and tourists safely escorted the petrified dog out of the park.

The Importance of an Economic Calendar for Day Trading

The Importance of an Economic Calendar for Day Trading