A ski resort now has the UK’s first avalanche rescue dog – whose “nose is worth a million radio transceivers”.

Bodie the border collie-cross springer was adopted by ski centre manager Kate Hunter when she was just a few weeks old and has accompanied her to work nearly every day.

But last year she started training with the Search & Rescue Dog Association Scotland – which usually teaches dogs used by police – to see if she had what it takes.

She passed the tests with flying colours and is now working at Glenshee Ski Centre in Scotland as the UK’s first ever avalanche rescue dog.

The devoted hound – who herself survived two days stuck in snow as a pup – will now be on hand to sniff out skiers and snowboarders trapped in any avalanches this season.

Kate, 63, from Blairgowrie, said: “Bodie is my best friend and I love her.

“I’ve had her since she was born in 2010 and started bringing her to work almost straight away.

“She loves it and is a hit with the skiers and is well liked amongst staff and especially loves the cafe.

“But I wanted to give her a special role at Glenshee because she had been here so long.

“Bodie along with the ski patrollers will provide a rapid response for any avalanche within the ski area.

“Her role is extremely vital especially during the winter season where Scotland is at risk from avalanches.

“Her nose is worth a million transceivers sometimes.

“When she gets to the body or article, she indicates by barking to tell me that there’s something there.”

Kate got Bodie when she was just eight weeks old, and from a young age she would help her check the runs at the ski centre.

When he was just ten-months-old she was out with her, running behind her skis, when she suddenly disappeared.

She was found two days later, whimpering in a hole, and was dug out and miraculously survived.

They are based at ski resorts, as oppose to mountain rescue dogs which need to be brought in from outside, taking up precious time.

Bodie was trained after the Search & Rescue Dog Association Scotland partnered up with the British Association of Ski Patrollers.

Another dog, Jura, did the training with Bodie, but will be based in Norway.

Bodie passing her exams in March, and is ready for the avalanche season which started on Monday.

She’s part of the Scottish Avalanche Information Service which monitors conditions at Scotland’s five ski resorts, but Bodie will be dedicated to Glenshee.

Avalanche dogs work on ski resorts in Europe, Canada, and the USA and locate lost or buried victims by searching for “pools” of human scent which travels through snow or air. 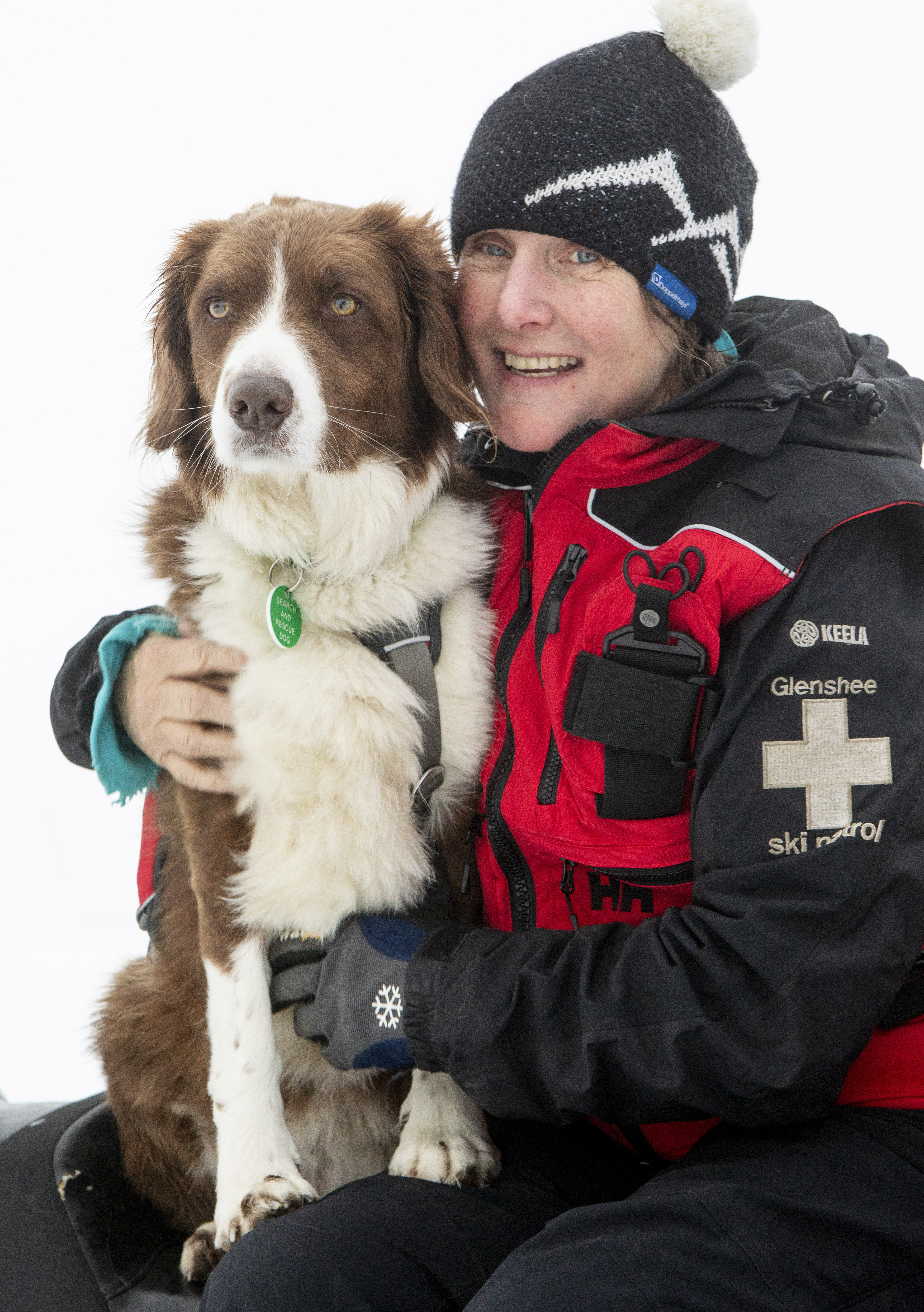 Bodie can cover a distance of four to six miles an hour and is able to find people much quicker than a mountain rescue team.

Kate said: “If she spots someone on the ground, she barks to tell me that someone is there or begins to dig to locate that person if they are buried underneath the snow.”

“We usually test her skills every month to keep her knowledge fresh and enthusiastic.”

The British Association of Ski Patrollers said the training means Bodie will be on the scene sooner.

A spokesperson added: “Anyone who has been to a major avalanche knows what this means.

“A dog on scene immediately is a great tool for clearing slopes at the end of the day and a handy bit of kit for finding those lost off piste-ers!”

Proud Kate added: “I would love for every ski patrol to have an avalanche dog as part of the team.

“Bodie’s extremely laid back, calm and faithful which makes her a perfect companion and I hope other teams will have a dog like Bodie.”

Bodie has not yet been on an active call but Kate added that she is ready to take on her first “challenge”.