Jessica (right), 3 and Nicole, 6 Rich who have have Batten Disease.

Meet the six-year-old girl whose brave battle with a cruel genetic disorder that causes dementia has allowed her little sister to hold the devastating illness at bay.

Nicole Rich and her sister Jessica, three, both have Batten disease – a genetic condition which has no known cure and no treatment available on the NHS

When Nicole was diagnosed two years ago it was too late for doctors to halt the most devastating symptoms of the disease.

But while she can no longer eat by herself, walk on her own, and has never spoken, her bubbly little sister shows no outward signs of the disease.

Jessica was only one when her sister was diagnosed – and it triggered tests which caught the disease before it could rob her of her abilities.

The battle for her treatment got her little sis a spot on a revolutionary siblings drug treatment trial which seems to be doing the trick.

Proud parents Gail and Matthew watch with beaming pride when Jessica dotes on her sister, holding her hand, stroking her face and bringing her toys.

But as much as the little one helps Nicole, it’s Nicole’s diagnosis and battle for treatment currently not available on the NHS that has given her sister the best chance.

The inseparable pair sit side by side, hand in hand, for treatment injected straight onto their brains, during twice-monthly GOSH appointments.

Their mother Gail, 41, is campaigning alongside the Batten Disease Family Association for the drug to be made available in the UK.

Mum-of-three Gail from Newcastle said: “Nicole saved Jessica – it’s what we have been told many, many times.

“If it wasn’t for Nicole, nobody would have known about Jessica until it might have been too late.

“We always thought Jessica was going to be doing stuff for Nicole – and she does.

“But if it wasn’t for Nicole, it would be now – all these years down the line – that Jessica would be starting to shows symptoms.

“They have this incredible bond. Only they know what each other is gong through, really.

“Jessica’s life has been saved by that unique bond and it’s powerful and it gives me hope too.

“In her own way, Nicole diagnosed Jessica and gave her some chances she doesn’t have.

“She can’t walk on her own or talk, but she changes peoples’ lives. She brings out the best in people.

“And Jessica is like a mother hen to her big sister.

“If she coughs, she’ll run tap her back. She holds her hand when they are together and leads her around. She’ll go slow to help her and cuddles her and pats her face.

“She’s just so lovely. Of course she doesn’t fully understand – but she knows they have a bond and that gives us hope.”

Batten disease is caused by abnormal genes, which are unable to produce proteins the body needs.

The rare disorder eventually causes sufferers to lose their sight and ability to walk and causes dementia, and sufferers are usually not expected to live into their teens.

For the Rich girls, there is a build up of toxins and waste which affects their brain, and they don’t produce the enzyme to get rid of it.

With hindsight, Nicole’s first symptom was she didn’t speak – and aged two her parents tried Makaton and pictures cards to help her.

“We thought that was just her character,” said Gail, who has a son Louis, eight.

“She was always running off and didn’t want to sit still.”

Aged three, they saw a paediatrician, thinking she had problems with her vocal cords, but he diagnosed her with Global Development Delay.

“We were soon made aware that speaking was the least of our concerns and there was an underlying issue to the lack of speech and behavioural characteristics Nicole was displaying,” said Gail. 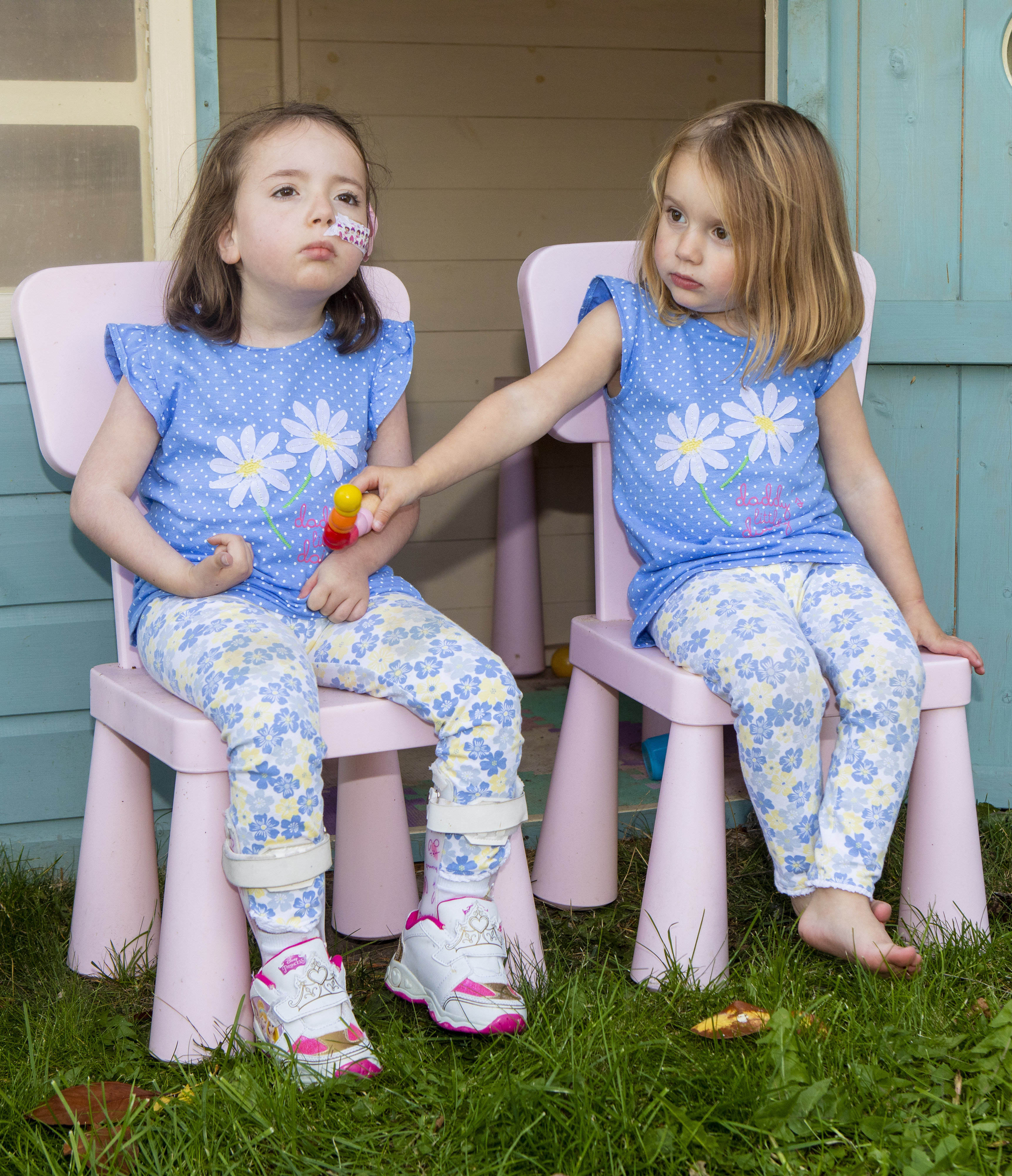 A few days later she had a seizure, turning blue and then became lifeless when she was sat on the sofa with her family.

She was rushed to hospital and diagnosed with focal epilepsy – but her parents promised to stay positive.

She moved to a school with an additional resource centre, but soon teaching staff spotted she was clumsy, falling over when she was playing or running.

Following blood tests, doctors called her parents in for a meeting in September 2016, and with tears in their eyes revealed she had Batten Disease – and there was no cure.

“We found out there was no treatment, no cure, nothing.

“Our world collapsed in those few seconds.

At the time Jessica was nearly one – and the family then faced the agonising HOW LONG wait to find out she too had the disease, in December 2016.

“When we first found out about Nicole, we said that maybe God gave Jessica to us a gift, she was meant to keep us strong,” said Gail.

“We were so sure Jessica would be okay and we remember even thinking that whatever Jessica does in her life, she won’t be doing it just for herself, she will be doing it for her sister too.

“After hearing about Jessica, we could have crumbled but that was not an option – our children needed us.” 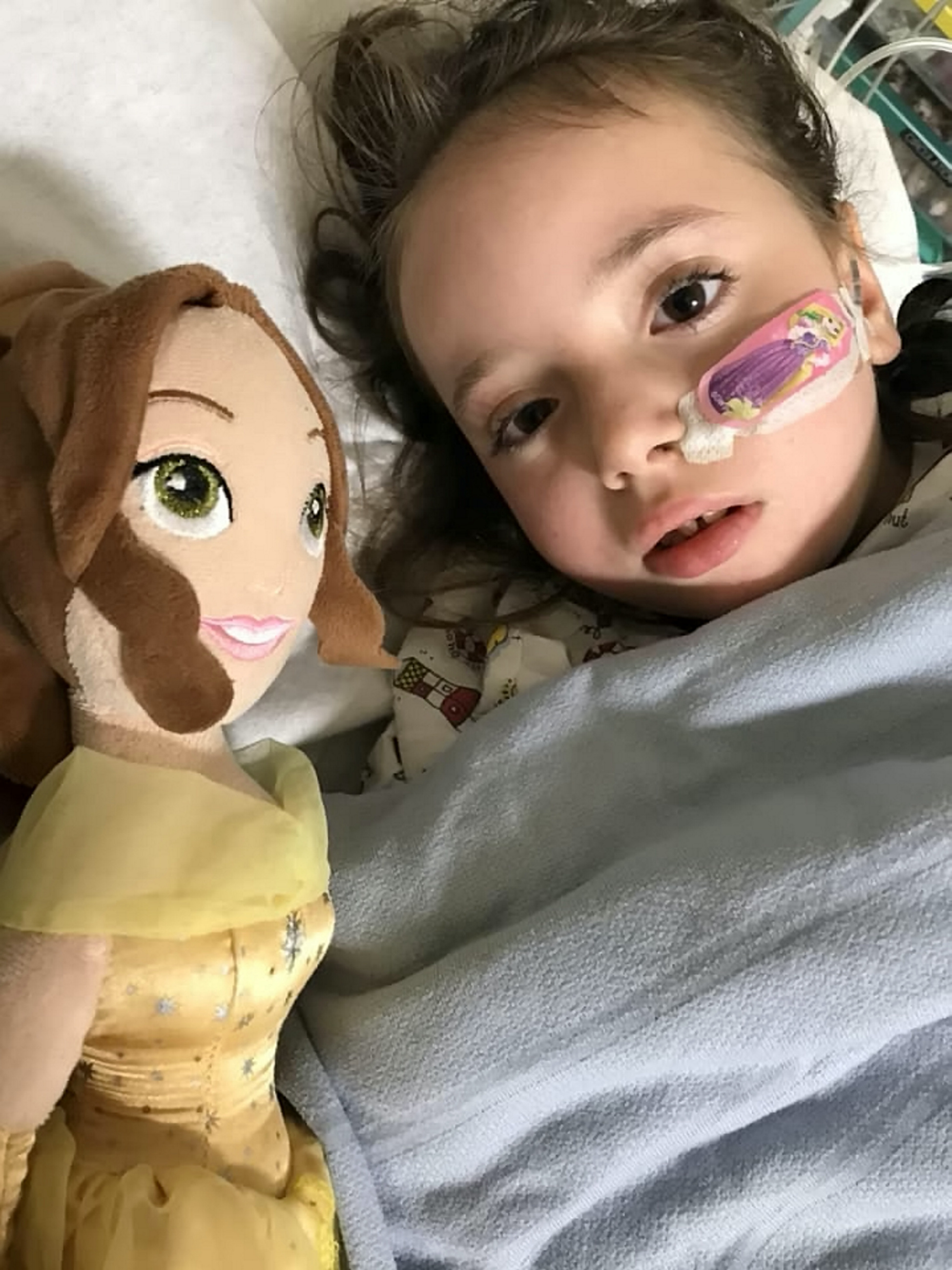 There was already a treatment trial running in the UK but the spots were already taken.

With the help of the Batten Disease Family Association Nicole’s family fought for an extra spot and she started treatment at GOSH in January 2017.

She has enzyme replacement therapy given directly into the brain by a device which sits inside the skull.

There was a separate sibling trial in Hamburg, but Jessica was too young to join it, but her family wrote to the pharmaceutical company, starting months of email and phone correspondence.

They begged and begged and in May 2017 Jessica became the youngest child in the world to ever have this treatment.

The girls travelled separately – with a parent each – to London and Germany every two weeks for ten months until they were both given a spot at GOSH in March this year.

The treatment slows down the progression of the disease, but it is not a cure.

“Because of Nicole, because of the journey she went through, with Jessica we had the time to get in there before the problem started,” said Gail.

“Jessica is showing now no symptoms at all.

“Everyone is looking at her and asking ‘can she beat this?’ She’s running, jumping, speaking and laughing.

“It’s horrible in a way to have, in our own family, the comparison that proves that this treatment works. We can see it right in front of us.

“But it gives us hope for the future. There is hope.

“We know Nicole will never be able to walk by herself again, but we don’t sit and cry about what she can’t do every day.

“We have three beautiful children who are here with us now. It’s time to make memories – and we have lots more to make.” 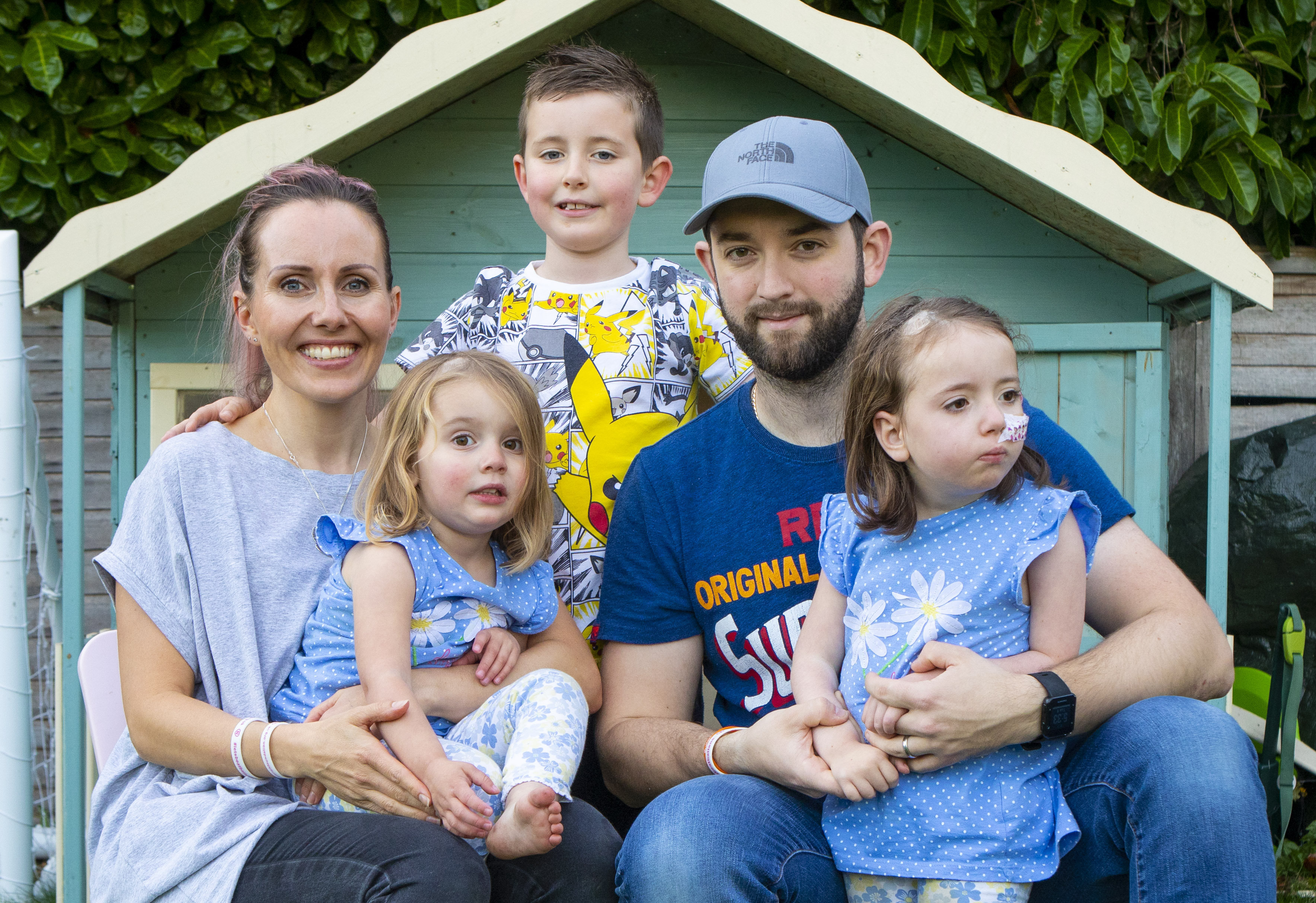 One special memory was formed this summer when Nicole was supported to walk across the finish line at the Great Scottish Run.

Thousands watched and cheered as Nicole, Gail and husband Matthew, 31, a factory worker, crossed the line.

They do events like this to raise awareness and funds for research into Batten Disease, and to keep pressure on the NHS to fund the drugs helping the girls.

“We’re the lucky ones. We’re fighting for everyone else,” said Gail.