by Adam Theofilatos
in News
0

A devastated mum claims a bus driver hurled a string of abuse at her when she tried to pay a £5 fare with a £20 note.

Zoe Hopkins, 27 and her son Bobby, 6, boarded the bus to school on Canvey Island, Essex when she was hit with a string of insults for presenting her ticket money.

The single mum claims the driver said to her “for f**** sake I have not got change for that” before reluctantly pulling the change out for the £5.50 tickets.

And when she confronted the driver at the end of the trip, he called the police on her after saying: “You are from Canvey aren’t you? Shows what you really are.”

Zoe said: “I am devastated to have been spoken to the way I was and my boy was terrified all day that I would not be arrested.

“And to be insulted because of where I live is just disgusting because the fact that I am from Canvey Island was just unbelievable.

“I was just trying to take my child for school and he ended up terrified and scared.”

Pre-school practitioner Zoe and son Bobby boarded the bus at 8.15am on Tuesday, October 6 when the heated exchange began.

She said: “When I got on the bus, I only had a £20 note and I said to the driver ‘I’m really sorry but that’s all I’ve got’ and he just proceeded to be really rude to me.

“He was moaning and swearing at me in front of all the passengers, my little boy and other children telling me he wasn’t happy.

“I didn’t have my bank card on me so couldn’t pay by card and just told him I was sorry and there was nothing I could do because I had to take my son to school.”

The driver is said to have got increasingly angry and three passengers stepped in to help pay but the driver ‘told them to sit down’ .

She added: “I did challenge him and say ‘so you did have the change then’ and that’s when he just started going mental at me – swearing and screaming in front of my child.

“When I told him he couldn’t speak to me like that, he said I would never be allowed on the bus again.”

The mum-of-one waited until getting off the bus before pulling her phone out to video his reactions.

The video shows an argument unravel before Bobby bursts into tears and begs the driver not to call the police.

However, the angry driver continued to phone the police while Bobby sobbed in the background.

The driver complained to police that Zoe would not leave the bus, but the police never attended because she eventually left. 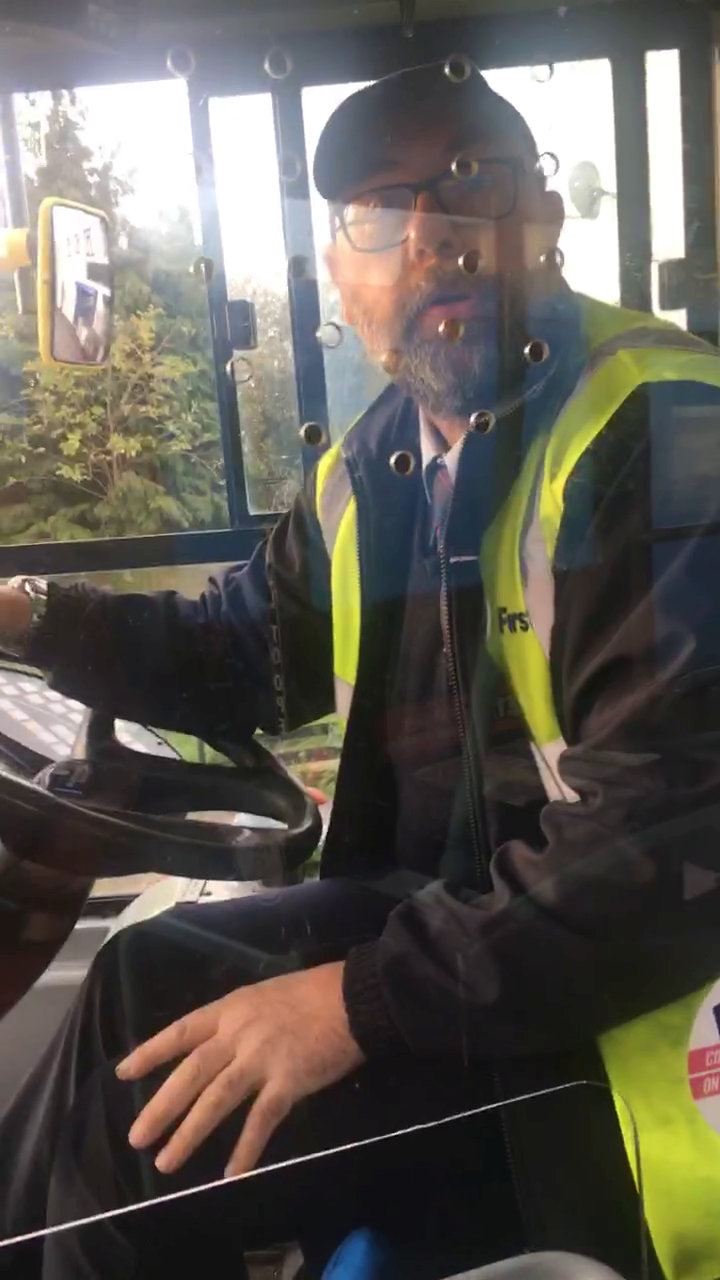 Zoe and Bobby left the bus at around 8.45 to take Bobby to school but adds she it scared to use the bus from now on in fear of seeing the same bus driver.

She: This will have a lasting effect on both me and my son – I am nervous to use the bus service now.

“My son was so terrified all day and the fact that he is happy to swear and shout in front of a young boy is disgusting.

“How am I meant to board that bus ever again when I have been treated so terribly by a man like that?”

Zoe says she made a complaint to the bus operator First Bus but has yet to hear back or receive an apology.

A First Bus spokesman added: “Our drivers are trained to a very high standard to deliver the best possible service to all customers at all times.

“We will be very disappointed if it is found that our driver has not delivered the level of service we expect and we will take the appropriate action required to put the situation right.”