by Nathan Sandhu
in News
2

The owners of a sick St Bernard dog were left stunned when a mass which vets thought was cancer turned out to be four half-chewed TEDDY bears.

Maisy, who bears similarities to loveable pooch Beethoven in the series of comedy films written by John Hughes, had the soft toys removed during an intricate procedure.

The eight-year-old now has a “new lease of life” and is thriving at home, say her relieved owners who admit they feared the worst.

They today (fri) revealed how a CT scan showed Maisy had an unusually full stomach and a mass on her spleen – an issue which was initially put down to her food not being digested properly.

This led her vet to diagnose possible cancer and the adorable dog was rushed in for surgery to remove her spleen.

But in an amazing twist, during the operation a vet found Maisy had actually devoured four teddy bears which had become lodged in her stomach.

It’s thought Maisy had stolen the soft toys from the family’s pet chihuahuas’.

Thankfully, Maisy has fully recovered following the cancer scare and a histology report has shown no signs of cancer.

But owner Jane Jane Dickinson, from Roberttown, near Dewsbury, West Yorks., feared the worst when her beloved pet went under the knife.

“When Maisy went in I did think ‘is she coming out?’

“But she is loving life now – it’s like she’s got her youth back.

“The toys weren’t even hers. She will steal the chihuahuas’ toys and play with them but I’ve never seen her trying to chew them.

“Her eating habits had been completely normal.

“I didn’t even recognise one of the toys – my brother also keeps chihuahuas and it turns out it belonged to his dog.”

The loveable pooch is enjoying life back at home with Jane, James and the family chihuahuas, Mabel and Guinness.

“Now it’s like she’s got a new lease of life,” added Jane.

“She is a good age for a St Bernard and has lived longer than any of the others we have had. She’s a one-off.”

He first found the stomach was still enlarged and, on further examination, discovered a clutch of soft toys in her stomach.

Describing the astonishing moment, he said: “It’s fair to say this was not something we were expecting to find! 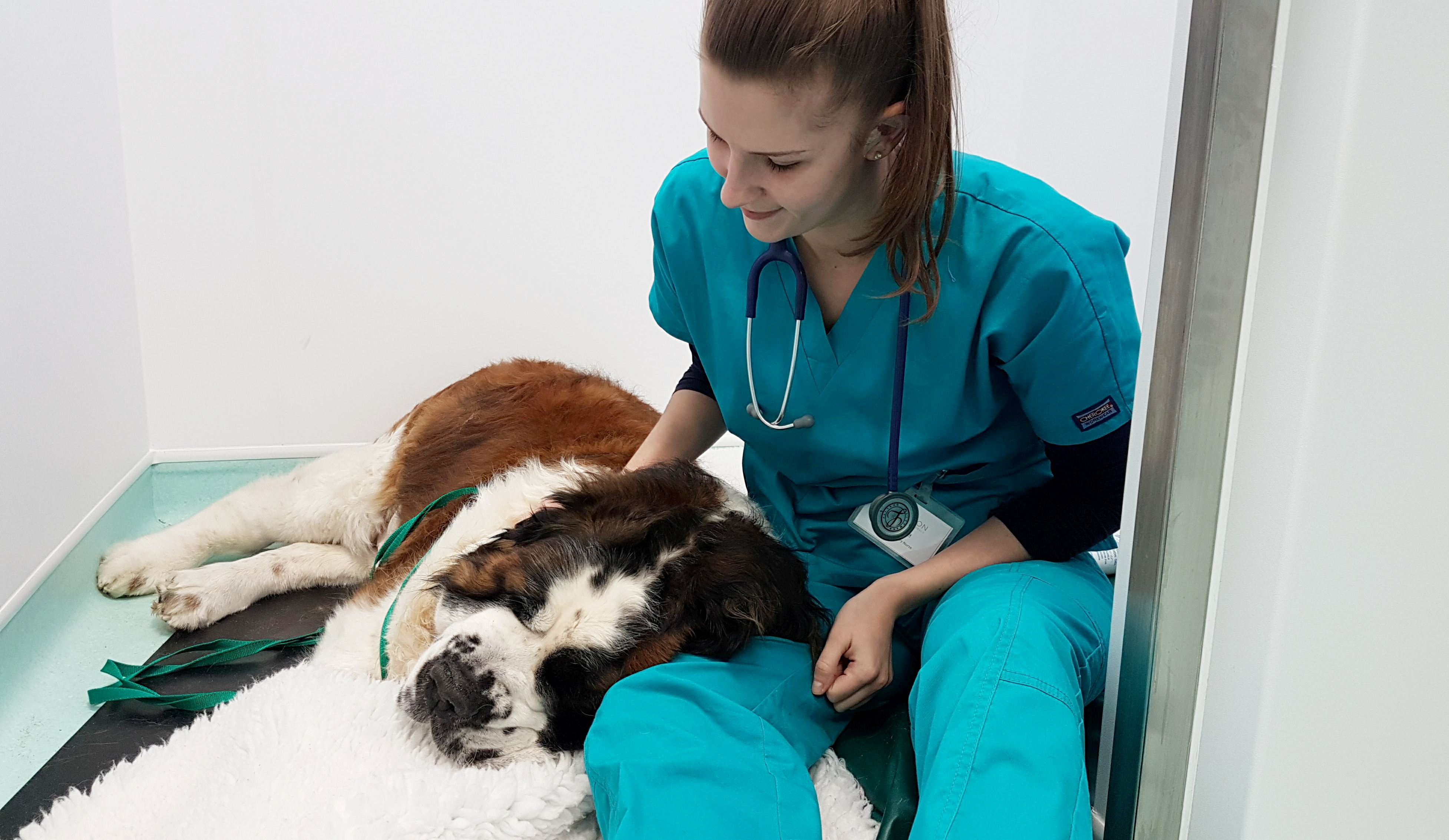 “We all know certain dogs enjoy chewing things they shouldn’t but managing to devour four full teddy bears is quite a feat.

“I know Jane was worried about Maisy as she is quite old for a St Bernard, so we were naturally delighted the operation was such a success and we were able to return a happy, healthy dog to the Dickinsons.”

Mr Blackburn, who works at Paragon Veterinary Referrals, said Maisy had since made a full recovery from her operation and a histology report showed no sign of cancer.