Video showing a van taking off from a roundabout on the A11 at Attleborough, Norfolk

This amazing footage appears to capture a ‘Dukes of Hazzard style’ moment when a speeding van flies through the air after hitting a roundabout.

The silver Citroen van is caught hurtling along a dual carriageway before failing to stop and launching into the air as it strikes the cambered edge of the roundabout.

Motorcyclist Andy Daynes, 35, said he caught the footage on his helmet cam while driving behind the van on the A11 at Attleborough, Norfolk, earlier this year.

Andy, of Hingham, Norwich said: “I was actually on my motorbike behind him so I saw it all.

“I pulled over along with some other drivers to see if he was OK.

“He had to be cut out of the van – but he seemed to be alright, he wasn’t badly injured.

“It is quite a bad roundabout, he just didn’t see what was coming because he was going so fast.

“He was on his own, he had a few cuts and bruises but the ambulance came straight away and took him to hospital. 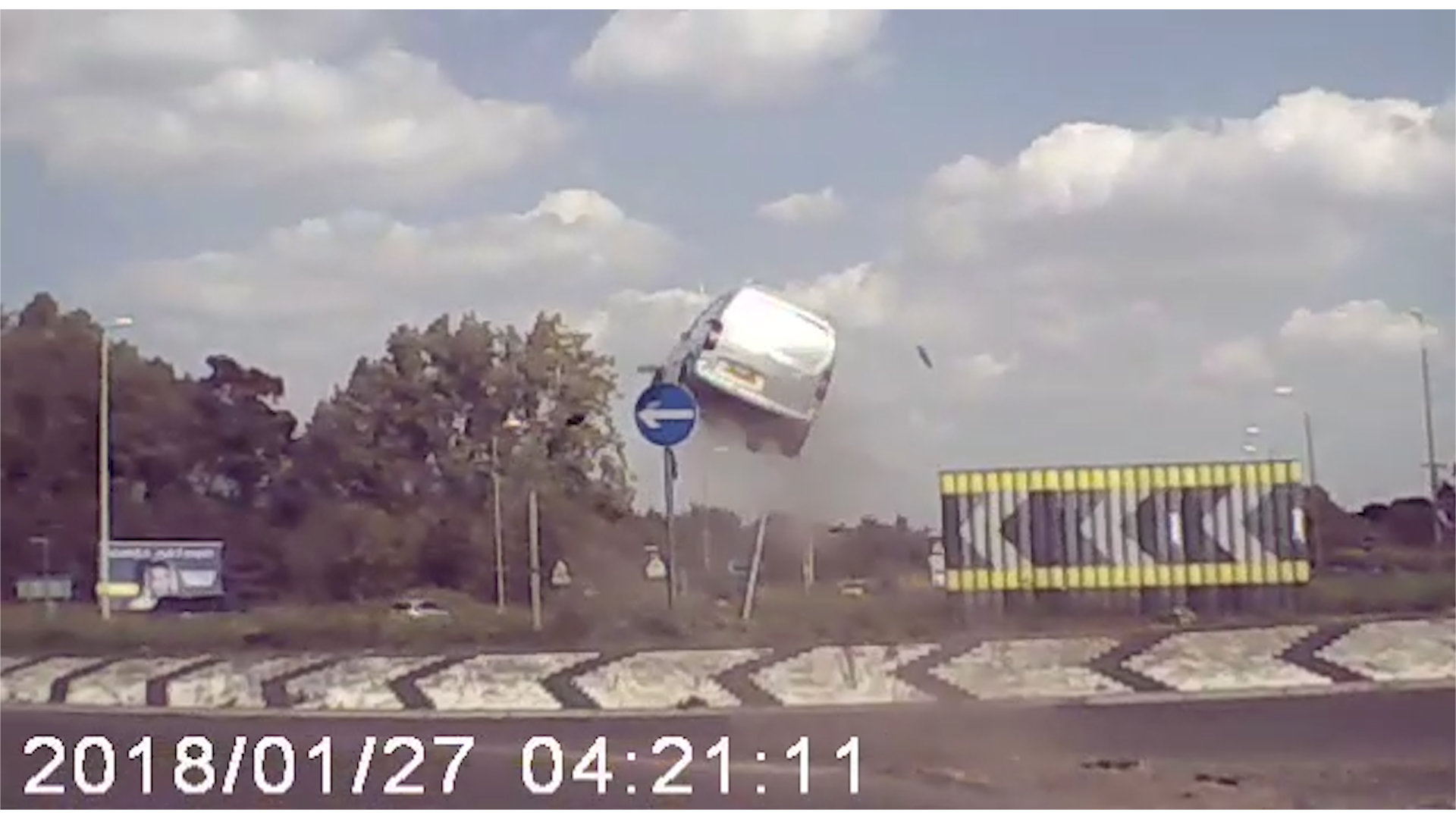 Norfolk police today said it was trying to establish whether it had a record of the incident which Mr Daynes said happened in January.

* The Dukes of Hazzard is a US comedy action series from the early 1980s which features two brothers and their escapades in a souped-up Dodge Charger.

Quadruple amputee pooch discovered in a rubbish bag in S. Korea, now finalist in US’ most heroic dog competition