This is the moment Lewis O'Boyle smashes in to James Crowder's car in Farnworth, Bolton on April 10th.

This is the shocking moment a star of hit fly-on-the-wall BBC documentary Scrappers ploughed into a pensioner in a grisly high-speed horror crash while high on cocaine.

Lewis O’Boyle, 23, shot through a junction five seconds after the traffic light had turned red, smashing into James Crowder’s Astra which was sent spinning just before midday.

The TV sensation fled the scene before being persuaded to hand himself into police four hours later where he told officers: “I know I’m going to get done for this and I should.”

Mr Crowder, 79, was left with life-threatening injuries including fractures to his skull and a bleed on the brain — spending 13 days in hospital.

The Scrappers star became known to viewers as a “lovable rogue” on the hit BBC2 show based at what was Metro Salvage in Bolton, Greater Mancs.

But he has been blasted by his former millionaire junkyard boss Terry Walker who took O’Boyle under his wing after he left school aged 14 with no qualifications.

He said: “We feel let down by him but he won’t care about that in the slightest. He just uses people to his own ends.”

A court heard, O’Boyle had been driving a friend’s VW Golf at the time of the 60mph – double the speed limit – crash on April 10 this year in Farnworth, Greater Mancs.

O’Boyle, from Atherton, pleaded guilty to causing serious injury by dangerous driving, driving while banned, failing to stop after an accident and having no insurance.

He was jailed for 27 months at Bolton Crown Court on Monday and waved to family in the public gallery as he was led away.

Mr Crowder suffered extensive fractures to his skull, a broken sternum and rib and a bleed on the brain.

He spent 13 days in hospital during which he also contracted pneumonia and now suffers dizziness, memory problems and is unable to leave his home on his own.

Prosecuting, Simon Barrett said: “He feels like he has lost his independence.”

A blood sample taken at hospital showed he had taken cocaine and had 387g per litre of benzoylecgonine, a metabolite of the drug, in his system. The legal limit for driving is 50mg.

Defending, Mark Friend said despite having no licence, O’Boyle had agreed to check out the Golf for a friend who was wanting to sell it.

He said: “He recognises the folly of his behaviour on that day and the illegality of it.

“He comes from a thoroughly decent, socially responsible family. His maturity levels do not match his chronological age.” 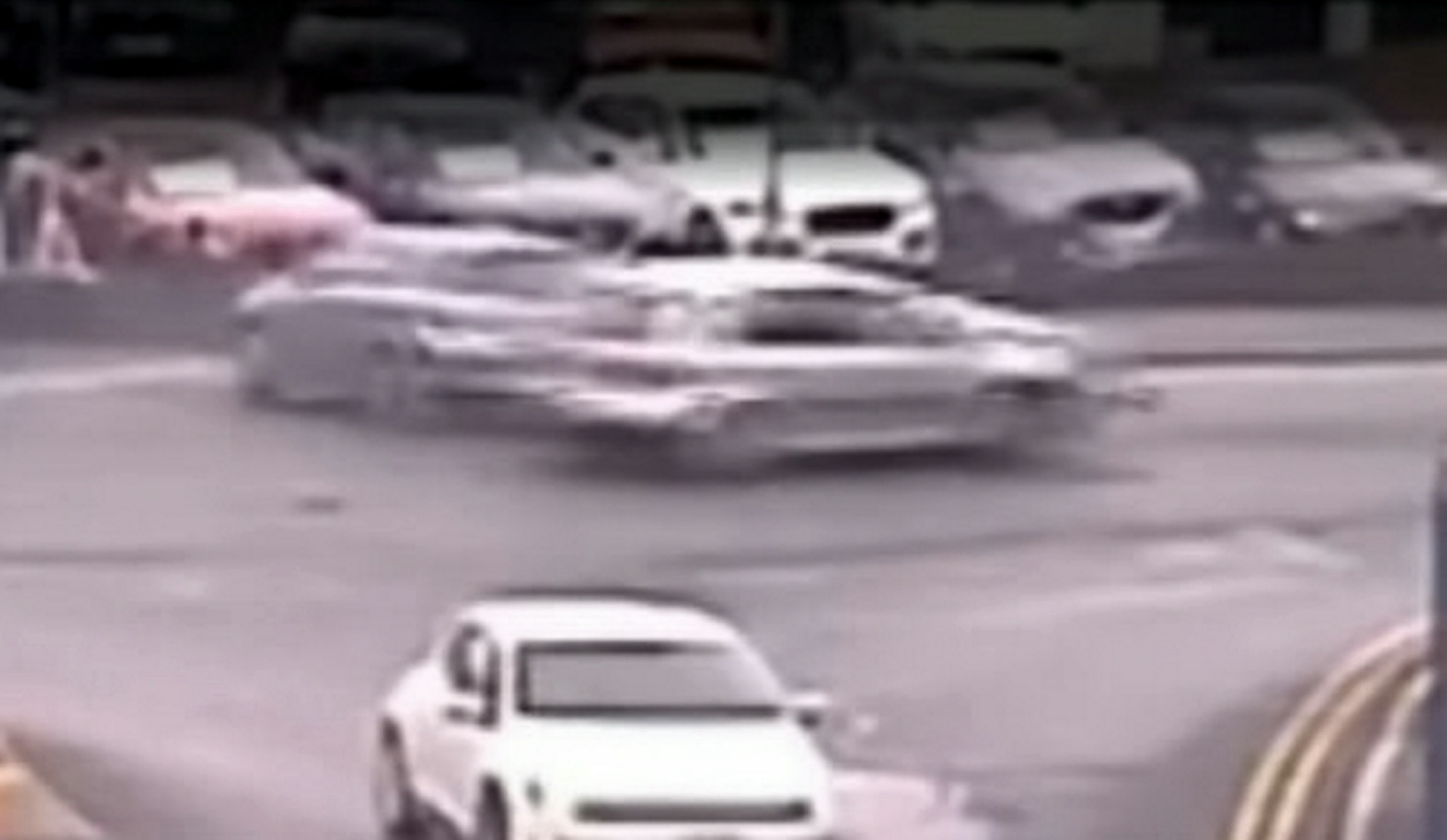 Mr Friend added O’Boyle has been diagnosed with ADHD and he is “likely to have an autistic spectrum disorder”.

The Honorary Recorder of Bolton, Judge Timothy Clayson, heard O’Boyle had been convicted of dangerous driving on a motorbike and banned from holding a licence for 12 months in November 2013.

He was ordered to take an extended retest afterwards in order to obtain a licence, but never did.

Judge Clayson told O’Boyle: “Only a custodial sentence is appropriate.”

The defendant was also banned from holding a driving licence for six years and one and a half months.

Speaking after the sentencing O’Boyle’s former boss Mr Walker told how he does not believe the prison sentence is long enough.

He said: “We feel let down by him but he won’t care about that in the slightest. He just uses people to his own ends.”

Four years ago, O’Boyle, then aged 19, became one of the stars of the hit fly-on-the-wall documentary Scrappers, based at Metro Salvage in Bolton.

Mr Walker had taken the hapless employee, who left school aged 14 with no qualifications, under his wing despite him frequently getting into trouble.

When O’Boyle was charged with his latest offence, Mr Walker even went to the magistrates’ court to support him.

But the relationship soon turned sour, with Mr Walker claiming O’Boyle was breaking his curfew conditions – he was sacked in May.

“He has no regard for his friends and family,” said Mr Walker.

“We all went to court and said we would be there for him. That trust was invaded straight away.

“Let’s hope it does him some good. We tried our best but we tried in vain. We failed as far as he was concerned.”