by Nathan Pynn
in News
1

This is the heart-stopping moment a drink-driver ploughed into a group of pedestrians - severely injuring a mum and crushing her baby's pram against a wall.

This is the heart-stopping moment a drink-driver ploughed into a group of pedestrians – severely injuring a mum and crushing her baby’s pram against a wall.

He then mows down one man from behind, carrying him on the bonnet and hurtles towards two sisters walking with three children who manage to jump out of the way.

Singh’s BMW then smashed into a woman pushing her six-month-old boy in a pushchair off camera, leaving her with life-changing injuries.

As pedestrians open the driver’s door, the car begins to reverse before Singh was detained by members of the public.

He was arrested by police at the scene on October 14 last year and provided a positive breath sample.

The woman suffered a broken kneecap but the child in the pushchair was miraculously unharmed. Another man suffered minor injuries.

Singh, of Belgrave, Leicester, pleaded guilty to causing serious injury by dangerous driving and drink driving when he appeared at Leicester Crown Court on April 6.

He was jailed for 22 months on Tuesday (8/5), with a two-month sentence for drink-driving to run concurrently.

He was also banned from driving for two years.

The court heard Singh had left his home to go and confront his ex-wife, who he had been rowing with over the phone moments earlier.

Judge Martin Hurst told him it was a “despicable act” and praised the members of public who grabbed Singh to ensure he could not escape. 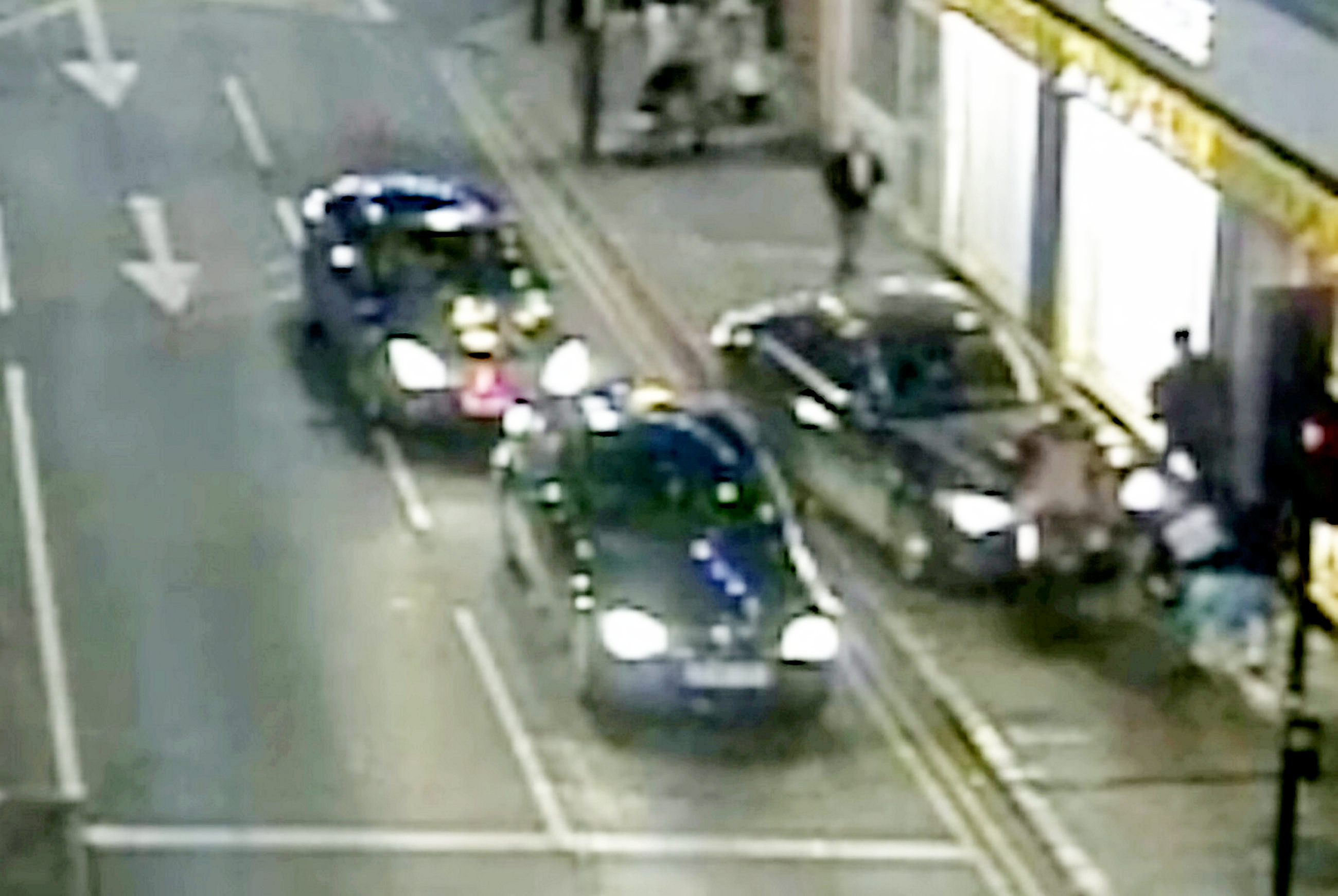 He said: “The only explanation is you were emotionally overwrought and had been drinking too much to be thinking about getting behind the wheel of a car.

“You’d had so much to drink you didn’t know what you were doing.

“That child was crushed against the shop front and his mother was too.

“There is no certainty she will make a full recovery now, or ever, from what is a nasty injury.”

The woman has still not recovered from her injuries and still walks using two crutches seven months after the incident.

She has been forced to stay at her sister’s flat with her son because she cannot care for him alone.

In her victim impact statement, she said:“I’m scared to go outside and I feel fear whenever a car passes by.

“The doctors have not yet indicated how well my leg will heal. I feel like a burden on my family.

“I’m having sleepless nights thinking about my future. I have serious concerns about how we will be able to function as a family.”

Sarah Cornish, defending Singh, who had the hearing relayed to him by a Punjabi interpreter, said her client had been a lorry driver with a clean driving licence.

She said: “It was completely out of character. This was a moment of madness.”

Detective Constable Aaron Horn, from Leicestershire Police, said after the case: “One of the victims in this case is still suffering as a result of the injuries that she received.

“The custodial sentence given to Singh should serve as a stark reminder to anyone who thinks that it’s acceptable to get behind the wheel after having too much to drink.”