by Emilia Bruce-Watt
in News
0

A seven-year-old girl born with a large birthmark on her face is featuring in an international exhibition with a message to ‘love the skin you are in’.

Rosabella Harrison attracted the attention of world-renowned fashion photographer Brock Elbank after she was chosen to be the face of the charity Caring Matters Now.

The organisation provides support for those affected by Congenital Melanocytic Naevi (CMN) – a rare type of birthmark affecting one per cent of infants worldwide.

A photo shoot for the charity in September perfectly captured Rosabella’s enchanting personality, which in turn grabbed the eye of photographer Elbank.

She will now appear in his “How do you C Me Now” exhibition in March, which celebrates the lives affected by the condition and is set to travel the world.

The youngster, from Beccles, Norfolk, was born with CMN which appears in less than one in 20,000 newborns in the UK.

However, Rosabella is particularly unique as her birthmark’s placement and composition are both very rare.

Her mother, Chantelle Harrison, 29, said: “It’s incredibly rare. People normally have the birthmarks somewhere on their body but not normally on the face.

“We’re just little people – things like this don’t normally happen to us. But Rosabella loves it – any excuse to be in the lime light. It’s lovely.”

The condition is not just cosmetic and also poses the risk of future neurological problems and melanoma.d Rosabella returns to hospital once a year for tests.

Elbank partnered with CMN – the only UK charity dedicated to those affected by the condition – to celebrate beauty that is more than skin deep.

The London-based fashion photographer is best known for his captivating series of 150 portraits of individuals with freckles – which captured their beauty and uniqueness.

His latest exhibition uses images of adults and children of all ages affected by CMN, representing 13 countries from five continents.

The exhibition title encourages the audience to consider their current perceptions of individuals affected by a visible difference. 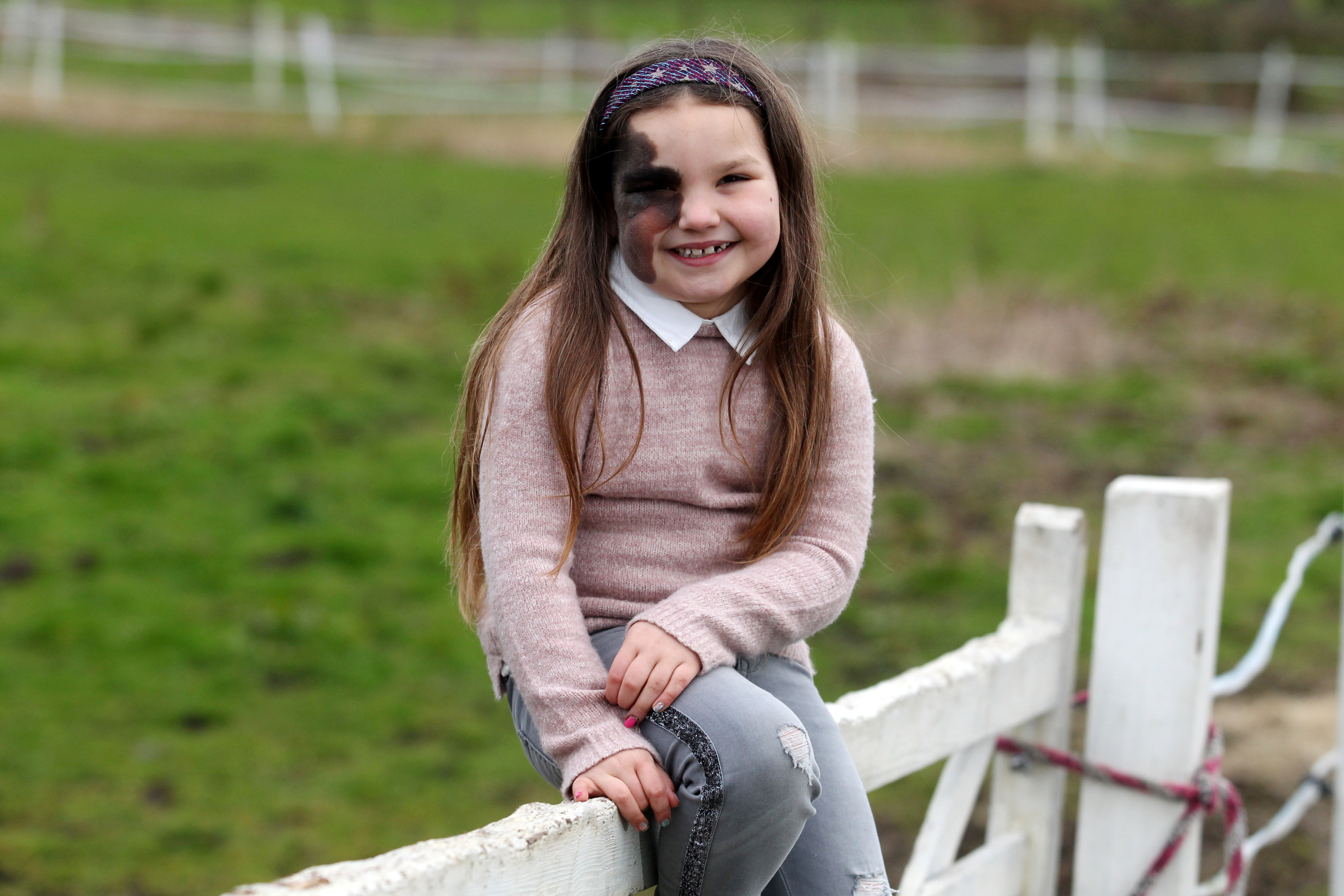 The “How Do you C Me Now” exhibition will open at Oxo Tower Wharf on London’s South Bank on March 14 for two weeks before travelling around the world.

Speaking about Elbank, Chantelle said: “He’s absolutely fantastic. He really makes you feel at home. We had breakfast made for us.

“He managed to get what we wanted and what he wanted. He really captured her personality.”

Rosabella’s mother also praised Lowestoft’s Picture Studios who took the original press shots for the charity and have been a great support for the family.

A Caring Matters Now spokesman said: “The aim of the exhibition series is to give a clear message to the world – love the skin you are in.

“We want this beautiful series of images to reduce the public’s negative perceptions of visible differences.” 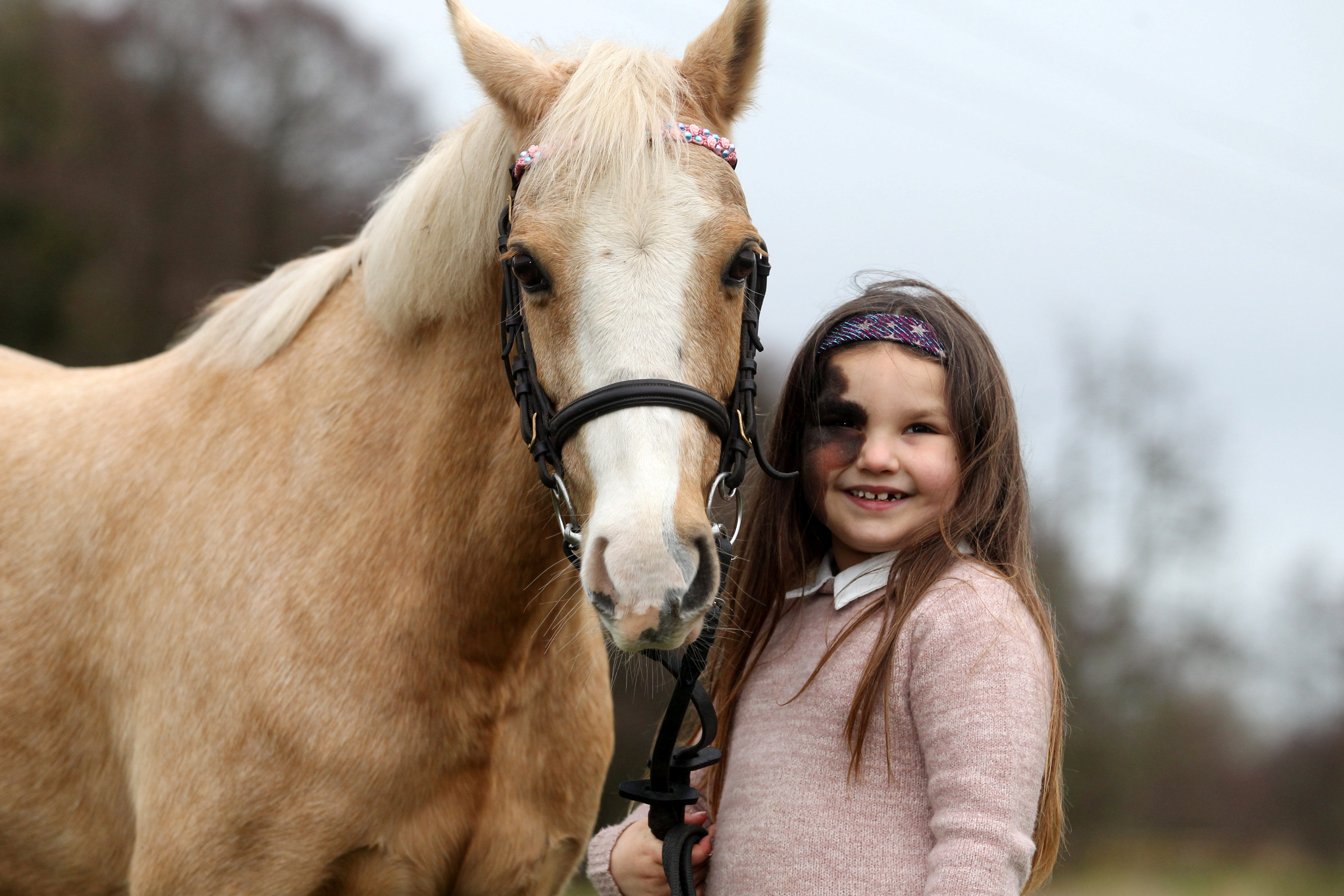 Rosabella, who lives on a farm with her mum, is also an accomplished horse rider and is part of the dressage and show jumping team at her school – and has her own pony, Rosie.

Chantelle said: “Rosabella has been riding all her life because we live on a farm and she is part of the dressage team at school.

“She has only just turned seven and that is a massive achievement for her.

“She was part of the Beccles Royales Gymnastic Club too and plays piano, guitar and ukulele.

“She just wants to try anything that is going on – she is so fearless and is just good at everything she turns her hand to.

“She is going to do an amazing things.”