A seven-year-old boy dubbed a “superhuman” is one of the youngest patients in Britain to undergo a multi-transplant operation to successfully replace FIVE organs.

When he was just six weeks old his small intestine became twisted which caused extensive damage to his major organs.

During his life, Jay was diagnosed with anaemia, having small bowel syndrome and chronic renal failure.

As a result of his health problems, Jay was fed using a tube, but was able to taste and swallow food for the first time following the multiple organ transplant.

Incredibly, all five organs were removed from the donor – a child of a similar age to Jay – in a mammoth ten-hour operation last month.

Jay was discharged from Birmingham Children’s Hospital on Monday (23/4) after four weeks, where he was the first child in 20 years to undergo the complex procedure.

Yesterday (Tue) he was back home in Market Harborough, Leics., where he is being cared for by his family.

Proud mum Katie Freestone, 28, said: “It’s quite incredible really because we didn’t expect it to all go so well.

“We knew how amazing he is and we thought he would do well but initially we were told he would be in for a much longer period, a few months, but it’s actually only been just over four weeks, so everybody’s pretty amazed at how he’s done.

“My first thought when I got the phone call to say the organs were available, it was initially of sadness for the family who have lost someone at this time.

“It’s all wonderful for us but in all of it there’s quite a lot of sadness.

“You can’t really express your gratitude enough towards them, there aren’t any words you can say.

“You can say thank you but that really doesn’t cover it.

“Without the organs Jay wouldn’t have survived so it’s that important.

“There’s nothing I could say to express my gratitude.”

Brave Jay celebrated being able to eat food for the first time with a slice of buttered toast.

He said: “I had some anaesthetic at first, when we first arrived, to get the whole stuff (tubes) into my body.

“I don’t know how they got stoma into my body.”

Surgeons removed Jay’s liver, whilst the kidneys, pancreas, liver and intestine were being removed from the donor child.

The new set of organs were attached to Jay’s aorta in his stomach, giving him bloody supply from the heart.

The blood went back to heart via the vein coming out of his liver. 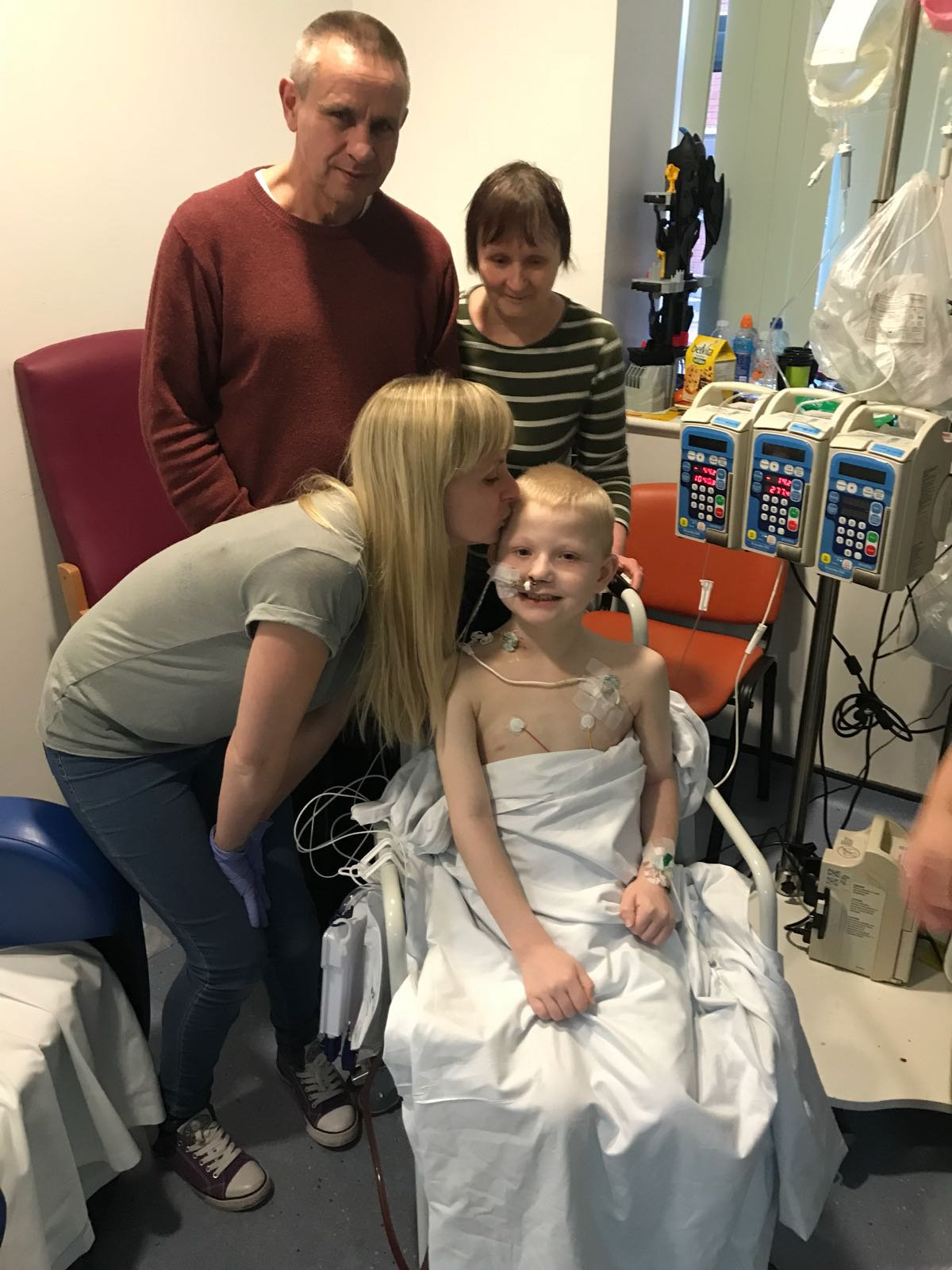 The small intestine was attached to his bowel and then surgeons had to wait.

He now has four kidneys and two pancreases in his body.

Transplant surgeon Khalid Sharif said: “There are two connections from the vessels points of view, which is one artery giving the blood to all five organs and one vein taking the blood out of it.

“If you have to join all these tasks separately there will be two joins per each organ separately, which makes a lot of joins.

“You need to see all the organs linking up together.

“If one is not doing it, that’s really heart breaking, because you do not know what is going on.”