The boys from Great Torrington School, in Devon who have worn skirts in protest at the school's no shorts policy.

A group of school boys have donned SKIRTS to protest their school’s policy which rules out wearing shorts in summer.

Around 40 year eight male pupils started wearing the female garment after being told they could not wear shorts despite the soaring temperatures.

Half the boys quickly gave up but a group of 20 have persisted for several days, saying it was unfair to make the male students cover up.

They say they will continue the protest until the rules at Great Torrington School, in Devon, are changed.

The pupils even started a petition, which so far has more than 400 signatures, asking headteacher Tracy Amos to reconsider the policy. 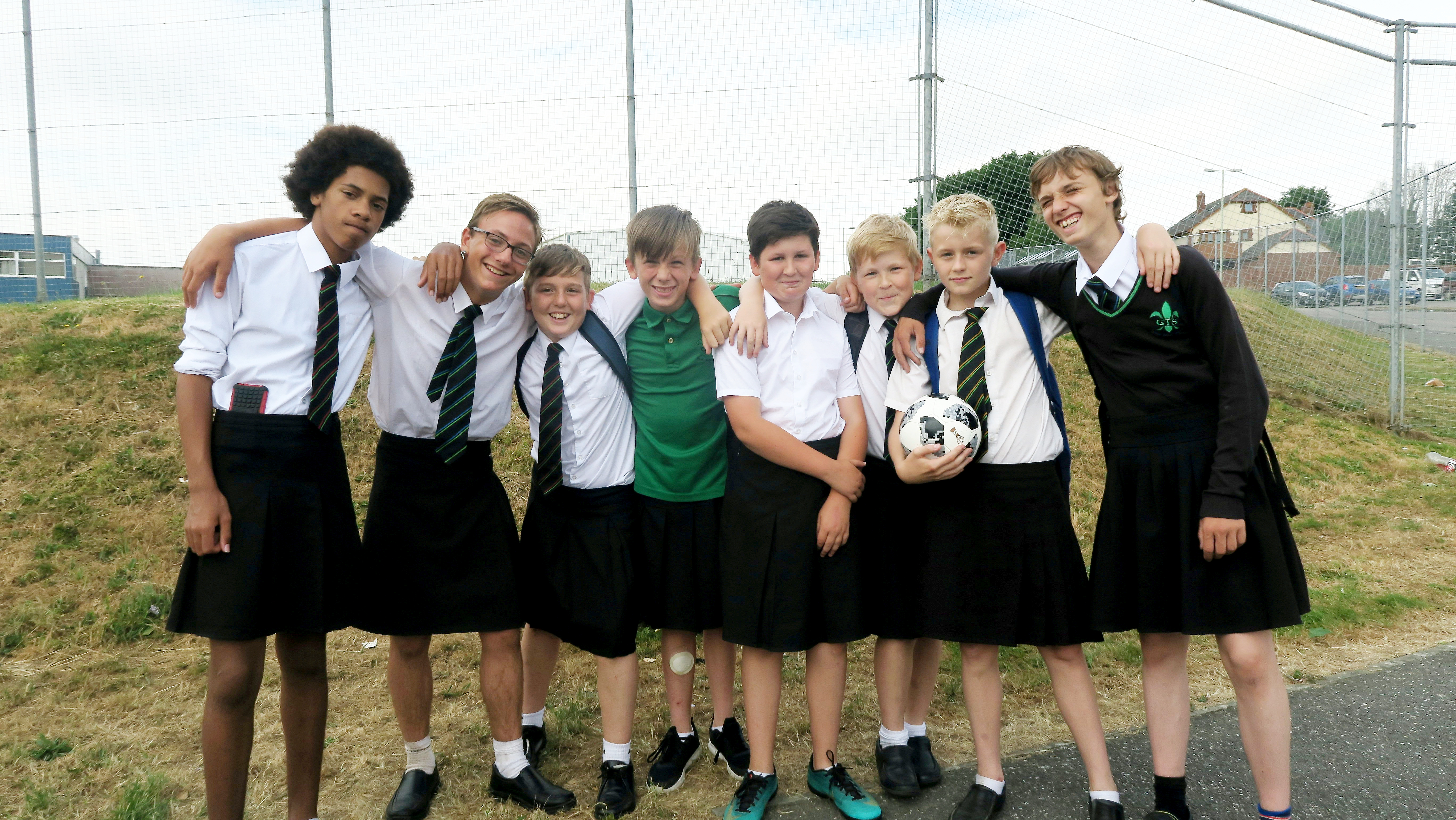 One pupil Chase Moore, said: “We asked the school to give us shorts and they kept saying no.

“So the girls wore trousers and we did an exchange.

“The teachers are allowing it as long as our shirts are tucked in and they’re knee length.

“I think some of the teachers are on our side and we’re going to keep wearing them until we win.”

The petition, started by Bradley Smart, reads: “This petition is now not only just for boys!

“Girls should also be able to wear shorts if they would like as many have said they would prefer to!

“Also some girls may find them more comfortable that wearing a skirt.”

Following the protest the issue is now being discussed by school staff.

The school’s chair of governors said: “During a meeting of the teaching and learning committee the uniform was discussed, specifically the introduction of shorts as part of the uniform.

“This will be discussed further at our full governing board meeting. We will update parents and pupils following this meeting.”

The school said it did not wish to make any further comment at this stage.

The protest follows a similar one at another school last year when male pupils at Isca Academy, in Exeter, Devon, also wore skirts to school in protest to a policy banning boys from wearing shorts.

Their actions eventually convinced the school the change their policy, and the boys this year enjoyed the scorching summer sun in shorts.