Masie Catt, 8 of Dewsbury, who lost both of her legs to meningitis as a baby has been selected for the team GB taekwondo squad

A girl who wears blades after she lost both legs to meningitis is being tipped to represent Britain at the Paralympics – in taekwondo.

Defiant eight-year-old Maisie Catt had to have her legs amputated as a baby – one above the knee and one below – due to her blood being poisoned by septicaemia.

Fighter Maisie only took up the sport in January after watching her brother Finlay, 5, take part in lessons but has already shown a natural flair.

Her proud mother Sharon, 41, believes nothing will hold Maisie back and her daughter’s life has been turned around since receiving her blades a year ago.

Sharon, an activity support worker, said: “Maisie used to watch Finlay at lessons from the side and just said ‘I want to do that’.

“We spoke to his instructor at the club and they agreed and since then she has just got stuck in.

“She started in the first week after Christmas and loves it.

“Everybody at the club treats her exactly the same as every other child and that is all we wanted.”

After just three months, Maisie was asked to attend a training session with the Para Taekwondo talent pool and will now train with the squad every month.

Para Taekwondo is an adaptation of the sport for athletes with an impairment.

Maisie has been selected for the P40 category – limb deficiency – and has dreams of competing at a Paralympics game in the future, with the sport set to be included in the program for the first time in 2020.

Sharon, from Mirfield, West Yorks., added: “Maisie’s instructor was contacted by a member of the GB talent squad who had seen her story on the news.

“We went down for a lesson and at the end, they came over and congratulated her.

“Maisie can’t believe it, we never expected anything.

“It is still all very new and she is enjoying it so much,

“I told Maisie ‘these opportunities don’t come around for everyone’ but there is no pressure and she will keep doing it for as long as she loves it.” 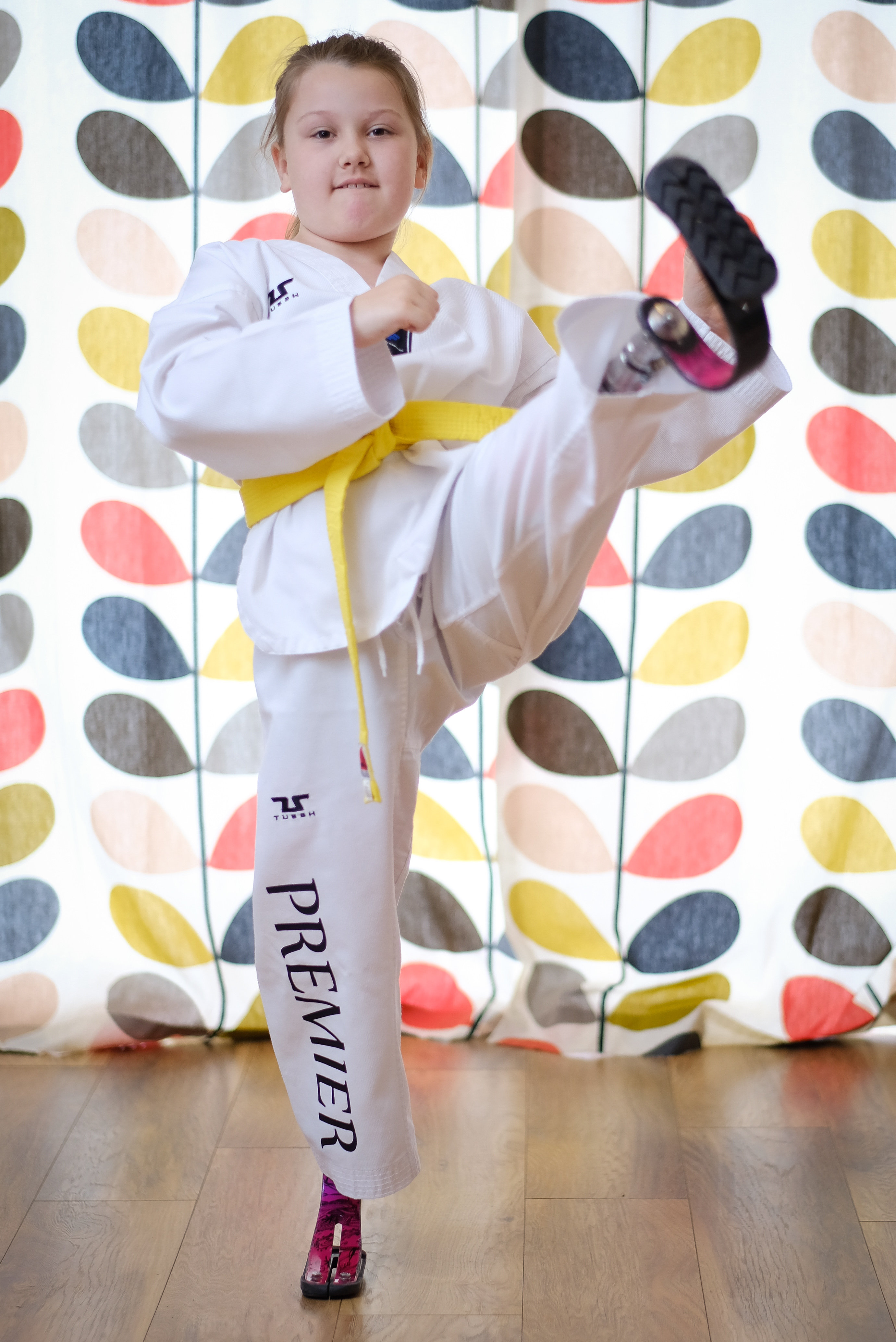 Maisie wore prosthetic legs until she was seven years old when funding became available through the NHS.

Since then, her life has been “turned around” and Maisie has much more confidence.

Sharon added: “Maisie got her first set of prosthetics at nine months old and had to learn to walk with them.

“Last year, we got the opportunity to try the blades and they have transformed her life.

“Maisie is a changed girl since she got the blades, she has so much more confidence.

“The first time she went to school in them I was a nervous wreck when she walked through the playground.

“Her friends would ask about them once and since then she is treated like everybody else, her disability has never been an issue.

“She just wants to inspire other people.

“She wants others like her to go try anything.

“Anybody can do anything they set their mind too, in spite of any difficulties.”