by Joseph Smith
in News
0

Retired man Mike Roberts, 61, and his pigeon Fred. Mr. Roberts found Fred after he fell out of his nest as a baby and Mike has been hand rearing him ever since.

A retired salesman who rescued an injured pigeon which fell out of a tree has now adopted it as a pet – and they even watch TV together.

Mike Roberts, 61, found the stricken baby bird on his driveway and took it inside before it was eaten by a cat.

He named it Fred and started hand-rearing him on diet of cheese, sweetcorn and mealworms – and has even managed to toilet train his pet.

Young birds will ‘imprint’ on humans, meaning that Fred now sees Mike as his parent and rides around on his shoulder.

The retired engineering salesman said: “I found him in front of my garage door – it looked very anxious.

“I picked it up and gave it some cheese and mealworms and searched the internet to find tips and advice on what to do.

“At the moment Fred thinks I’m his mum.”

Mike, who lives alone in Swindon, Wilts., has built Fred a little perch to sit on. 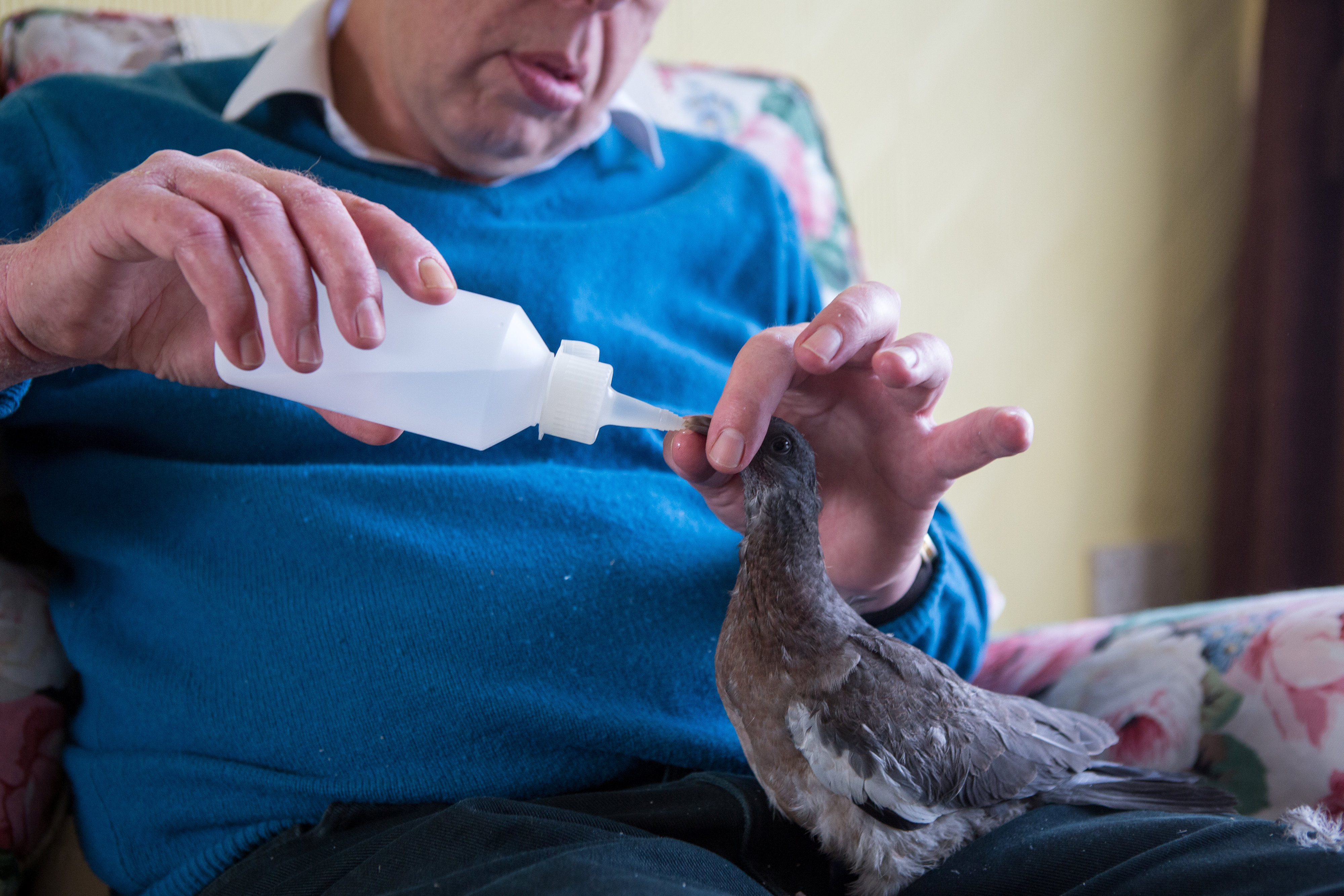 The bird has even become a minor celebrity in the neighbourhood as he rides around on Mike’s shoulder as he runs errands.

Mike has even managed to house-train his pet. “The one thing pigeons are famous for is poo, just look at any public statue,” he said.

“But you would not believe how good he’s been. He goes in his cardboard box on the paper. Aside from a few mishaps he’s been great.”

Fred is on a diet of mealworms, cheese, high-energy bird pellets, raisins, sweetcorn, strawberries and his favourite blueberries. 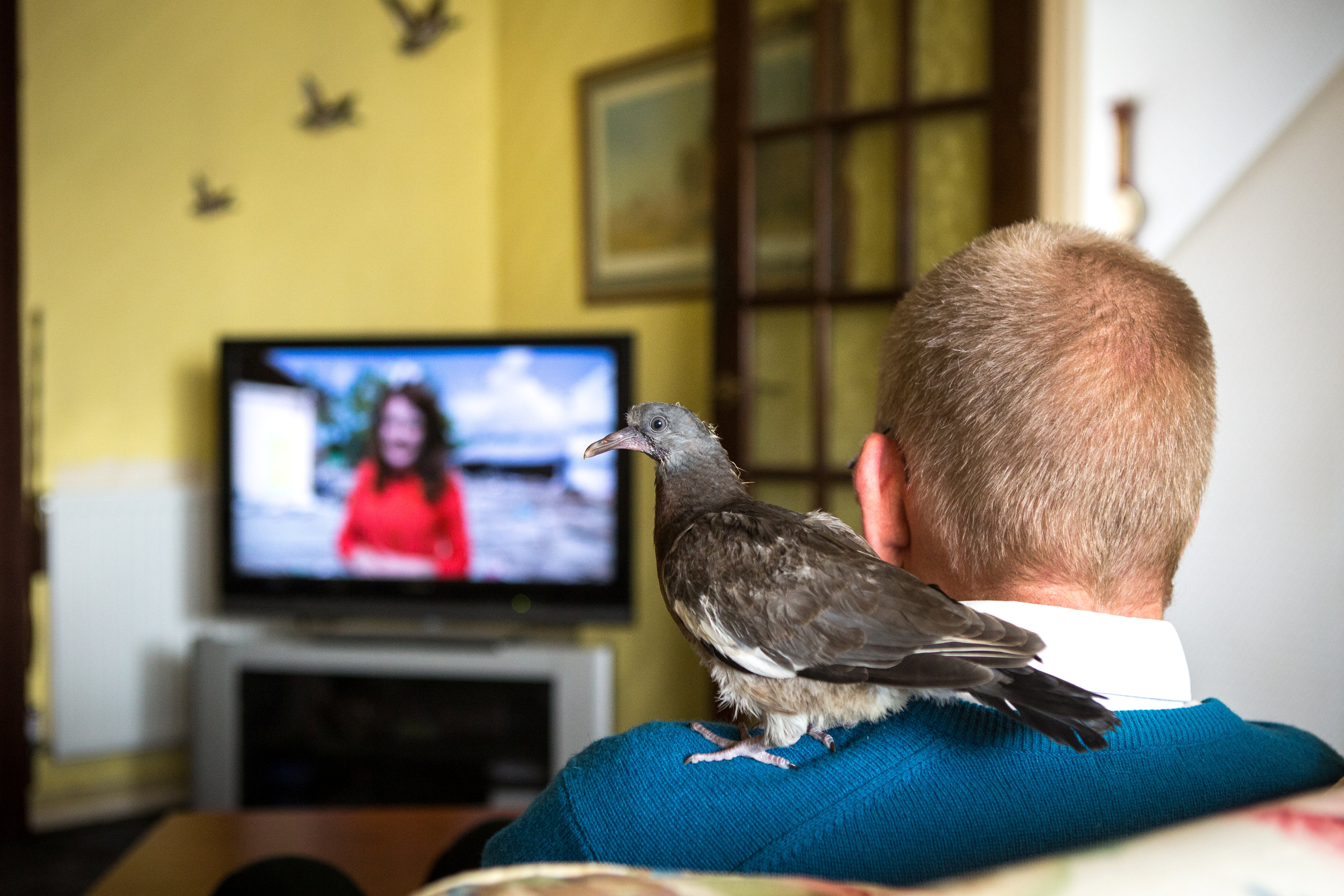 But at three weeks old, Fred is now almost able to feed himself – so will soon have to fly the nest into the care of a local bird sanctuary.

“I will miss him terribly,” said Mike. “I’ve learnt so much from this bird. It’s been a real labour of love and we have definitely built up a bond.

“But he needs to be with other pigeons so he can learn to fly and realise ‘I am a pigeon’.

“At the moment he’s so trusting – he will just land on a fence and a cat will get him. His naivety would be his downfall.

“Pigeons can live to 12 years old, so hopefully he’ll get the best start to a long and happy life.”