Retired couple had ‘their faith in humanity restored’ after neighbours replace their stolen Christmas tree, chopped down from their garden

David and Pauline McCall, both 68, whose neighbours bought them a new Christmas tree after thieves stole their original tree from their front drive. Kennington, south London

A retired couple had ‘their faith in humanity restored’ after neighbours got together to replace their stolen ten foot Christmas tree, chopped down from their garden.

David and Pauline McCall had their prized tree swiped right off their drive – leaving the pensioners ‘absolutely gobsmacked’.

The couple had spent hours decorating their special tree, before callous thieves lifted it from their drive in Kennington, south London.

David, 68, said: “I was told by one of my neighbours the tree had gone at 5am, I received the call saying it was gone.

“The tree was big, it was about one-metre-and-a-half wide – you wouldn’t have got it in the back of a car.

“It wasn’t about the value of it, it was the thought that someone had cut it down to put it in their own front room.”

Gary Pegden, 48, who lives close to the couple, made contact with a local garden centre to get a new tree.

The pair are now proud owners of a new tree after residents contacted a garden centre to secure a surprise replacement.

More than 15 residents gathered outside their property on Saturday afternoon to present Mr and Mrs McCall with the new tree. 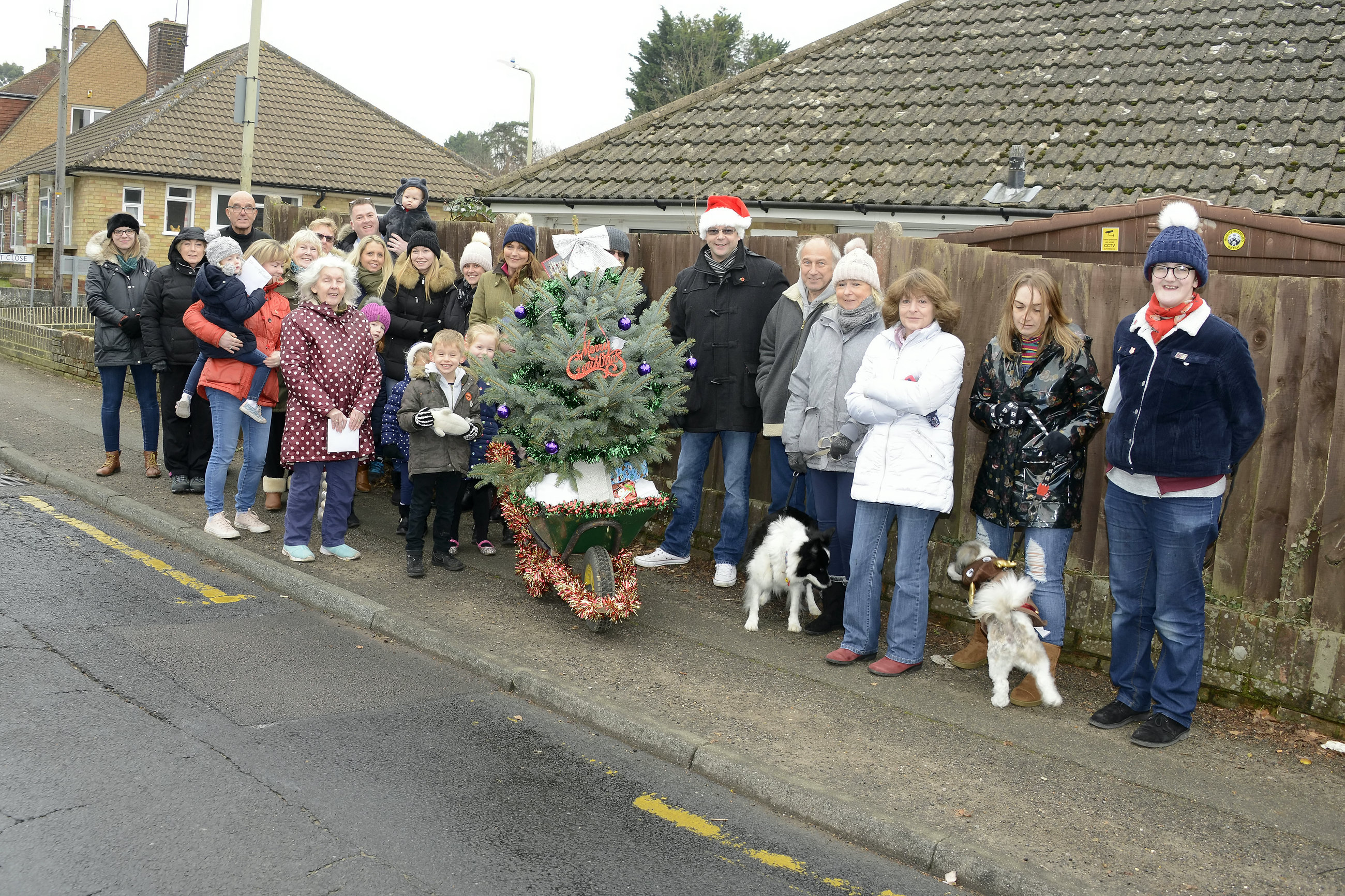 Pauline, 68, said: “I was absolutely gobsmacked that something so upsetting turned out like this – my faith in humanity is restored.

“Decorating the Christmas tree was something we had always done and the tree they swiped had been there for years.”

The pair have also received cards from children, presents and donations – which they have since given to the Salvation Army.

David added: “We found out it was gone on December 8 – I was just amazed that anyone would do something like that.”

Free at last: Woman ‘cured’ from back pain after almost 40 years thanks to implant

Free at last: Woman 'cured' from back pain after almost 40 years thanks to implant