Shocking CCTV footage shows the moment a customer slapped a waitress on the butt as she walked away from the table.

This shocking CCTV footage captures the moment a customer brazenly slaps a waitress on the BOTTOM as she walks away from his table.

Jayme Adair, 23, was serving Clarence H. Locke Jr. and his wife when the woman got up to use the toilet, according to police.

But as she turned to walk away after taking his drinks order, Locke allegedly leaned out of his booth and smacked her backside.

The shocking incident at noon on Monday at Denny’s in Rome, New York, was caught on CCTV, and Jayme recorded a clip of that.

The waitress, who has worked at the restaurant for five years, is said to have reported it to her manager, who told the customer to leave.

Police were called to the scene and arrested Locke, 65, around an hour and a half later after identifying him in the surveillance tape.

He was charged the same day with forcible touching, a Class A misdemeanor, punishable with up to a year in jail or three years’ probation.

Jayme, of Rome, New York, said: “The whole situation just blew me over.

“I was in shock. I have never had anything like that happen to me before.

“The customer and his wife came in together.

“His wife went to the restroom and I went over and got the couple’s drinks.

“As I went over to take his order he reached as far as he could just to reach me and smack my butt pretty hard.

“I froze up. It was degrading and embarrassing, and completely out of the blue.

“I got super upset about it. I just told my manager to get him out and get him away from me, then the cops came and got him arrested.

“So many women go through this and it is not fair.

“I did nothing wrong and I did not deserve that.”

Jayme, who is dating 25-year-old artist Joseph Wright, 25, said she intends to press charges and will use the video to bring “the full extent of the law”.

“It bothered me because I have been in a relationship since I was in high school and I have never had a guy do something like that to me. 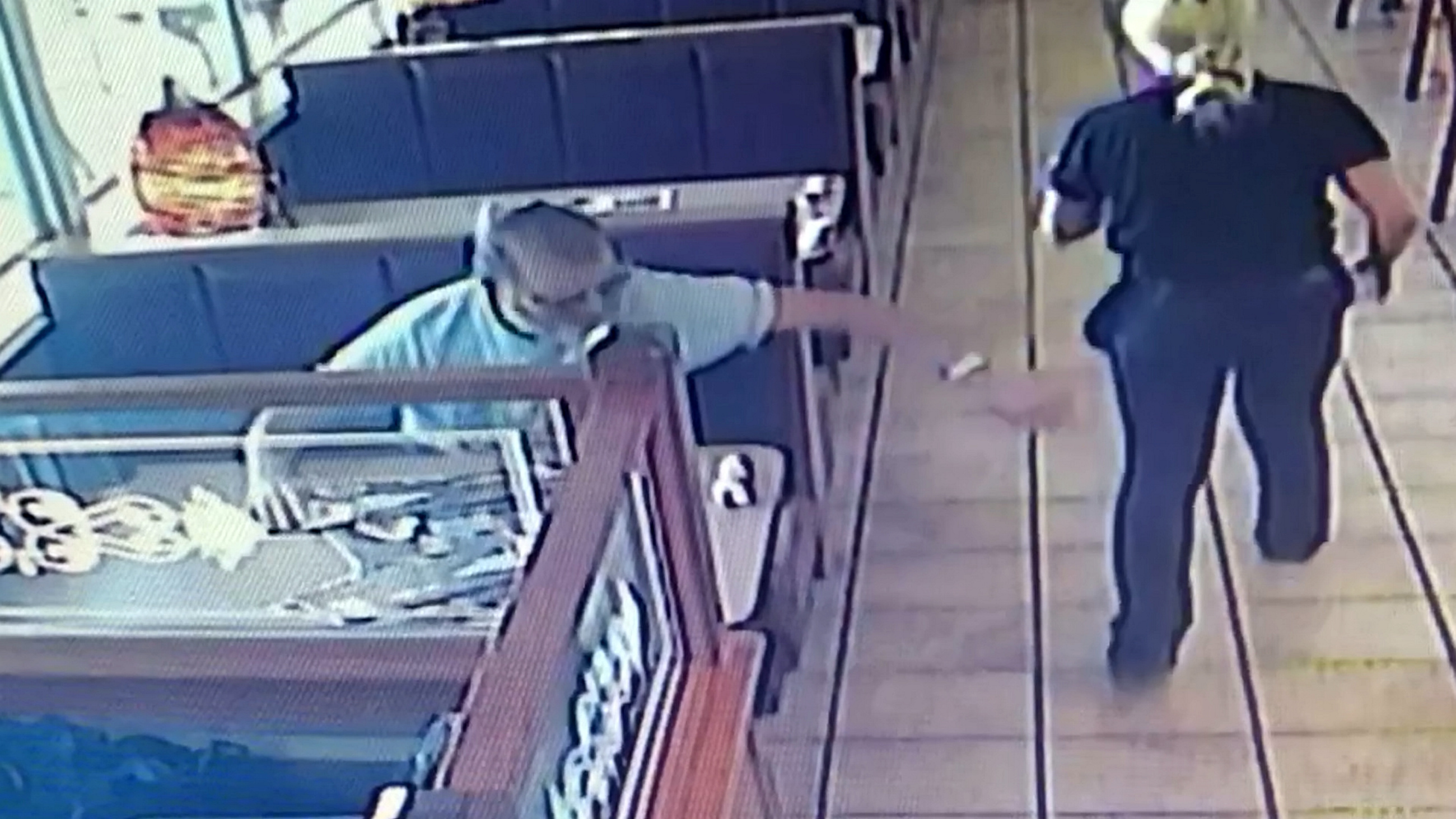 “One of my co-workers said, I’m so happy you are sticking up for yourself because the same thing has happened to me a few times.

“I have had comments before but they were not vulgar like that.

“I want to make sure he is actually punished because it is not something minor to me – it bothers me.”

Detective Jeffrey Lanigan of Rome Police Department said: “The subject was at the Denny’s restaurant – he is a regular there.

“The waitress went over to take his drinks order and she turned around to walk away and he reached out and slapped her on the butt.

“We identified the subject using video surveillance and took him to custody.”

”Why someone would think that the could touch these people like that defies logic.”