Don Connell who was shocked to find council workers had painted yellow lines underneath his parked car.

Residents were fuming after receiving £70 fines – when double-yellow lines were painted UNDERNEATH their parked cars.

Locals claim workers getting on thei hands and knees to paint the lines beneath their vehicles.

The five bay parking spaces have been used by residents a 35-flat block since it opened 25 years ago.

But they say they were twice reassured by the council that double yellow lines would not be painted.

But now, two pensioners living in George Hall Court in Swindon, Wilts., have been handed £70 parking fines for parking outside the block – just hours after double yellows were painted.

Don Connell, 70, who has lived in the Cavendish Square block of flats since July 2017, has sworn not to pay the ticket.

He said: “This is discrimination. He [the line painter] has gone down on his hands and knees to come and do this.”

And his neighbour Colin Dent, 82, said he was also handed a parking fine – when he left his car outside the block after picking up his granddaughter from school.

Swindon Borough Council said they had simply restored the double yellow lines that had been in place before the Cavendish Square development, which began ten years ago in 2008.

The council said that a resident had complained that parking there posed a “road safety hazard”.

But Maggie Hathaway-Mills, vice-chairman of the Tenants Association for Sheltered Housing (TASH), said that the small section of road has been de-facto parking for George Hall Court residents for over 20 years.

The 65-year-old said: “People have been parking there since it opened 25 years ago.

“That’s always been our allocated parking. Those five spaces are the only ones we’ve got.”

She added that parking their cars in the nearby Cavendish Square car parks could invalidate their insurance.

Maggie said residents have received little communication from the council about the works.

Workers in a borough council-branded truck had left up signs last week warning about the works.

But when quizzed by TASH about the plans, the borough’s Highways and Sheltered Housing Departments assured the group that there were no plans to paint double yellow lines along the road.

Speaking of the meeting with Mr Barnet, Maggie said: “Again, we got told it wasn’t going to happen. Then less than 24 hours later they do this.

“It’s unbelievable. There have been no signs, no notices.” 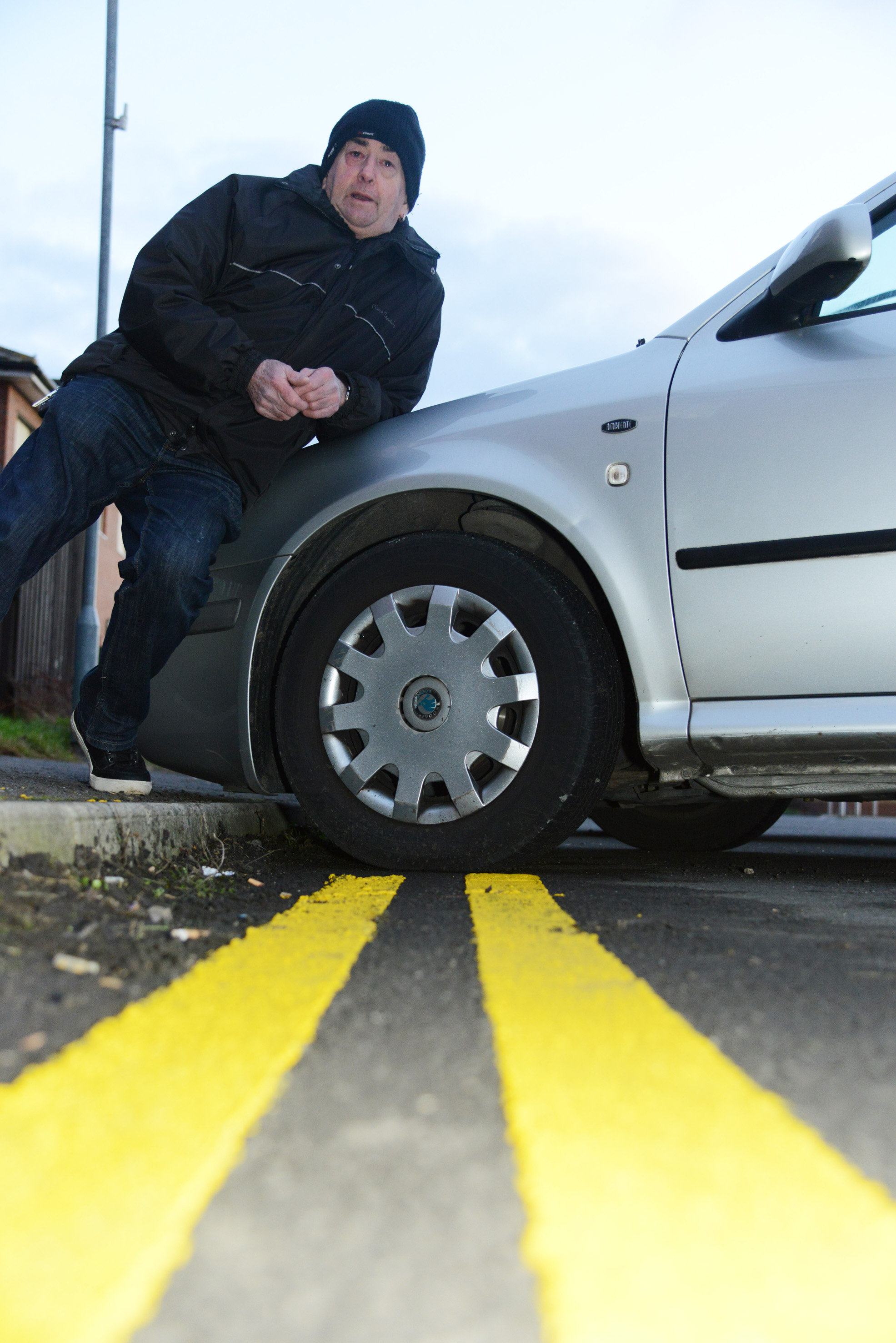 Swindon Borough Council said that a Traffic Regulation Order had been in place for Royston Road – at least since the area was redeveloped in the 1990s.

A spokesman said: “Unfortunately, for some reason the yellow lines on this particular section of the road were removed a few years ago.

“We believe this was at some point during the Cavendish Square redevelopment.

“We recently received a complaint from a member of the public about cars being parked in Royston Road creating a road safety hazard.

“It was then after examining our records that it became apparent the yellow lines had not been replaced.

“Our workmen put out signs warning residents that the lines would be repainted two weeks before the start of the works.

“These were repeatedly removed or vandalised with vehicles being parked in their place.

“We appreciate the frustration of residents, but the parking restrictions are in place to ensure road safety and to allow traffic to flow freely along Royston Road.”

Clearabee Study: Spice Up Your Love Life With Decluttering and Rubbish Removal