A real life 'Sonic the hedgehog' had to be rescued by the RSPCA after being found covered in blue paint in a garden in Somerset.

A real life Sonic the Hedgehog has been rescued after the prickly creature was found covered in blue paint.

The RSPCA was contacted by a member of the public on Friday after spotting the unusually-coloured animal in their garden.

Staff at the animal charity have no idea what happened to the poorly creature, which is now being cared for at a rescue centre.

Clara Scully, RSPCA animal collection officer, said: “Thankfully she was still alive and is now getting the help she needs.

“We’re unsure what happened to her, whether she was painted intentionally, or if she fell into the paint somehow.”

The hedgehog has been named Sonic and was was taken from Taunton, Somerset, to RSPCA West Hatch for treatment where she is recovering from her ordeal.

Dr Bel Deering, centre manager at RSPCA West Hatch, said: “Sonic has been eating well and is getting stronger.

“She had to be anaesthetised to have the substance removed and there is still a blue tinge on the spines.

“The substance was very rubbery and hard to remove. It was quite caustic and so where it touched the skin there are some sore patches that will need to be monitored.”

The RSPCA has appealed to the public to make sure they store all paint, chemicals and pesticides securely and out of the reach of animals and children.

They have also asked people to dispose of old paint and paint tins responsibly by taking them to their local recycling centre.

Sonic is just one of a number of hedgehogs cared for by the RSPCA at the charity’s specialist wildlife centres.

While the teams have recently released hundreds of hedgehogs who had come in weak and underweight in autumn and winter, they are now preparing for an influx of prickly casualties as hedgehogs start to become more active in the warmer weather. 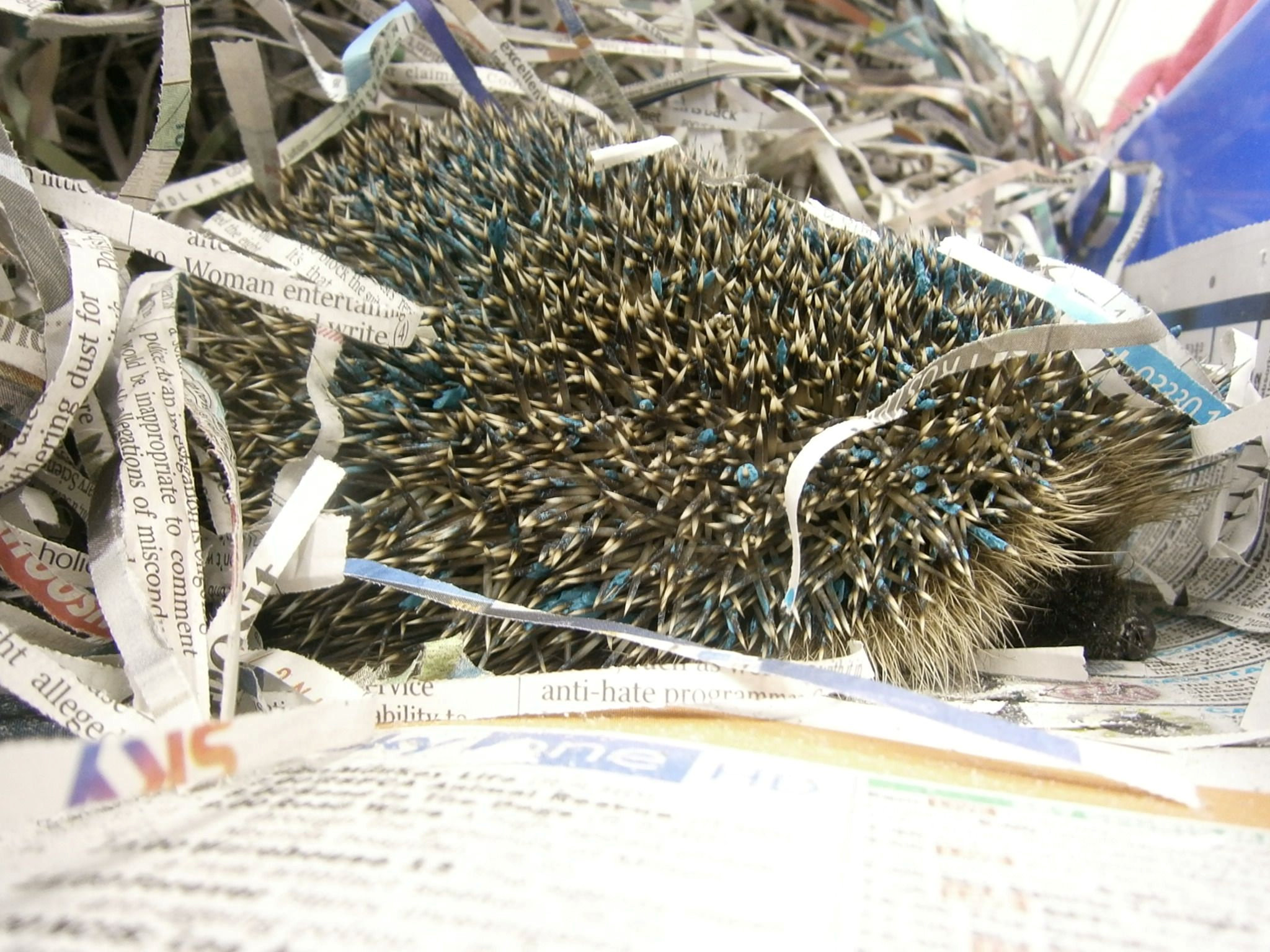 Llewelyn Lowen, scientific information officer at the RSPCA, added: “Unfortunately, the injuries and deaths we see are often caused by everyday garden items like strimmers, sports netting and pond or fruit netting.

“Even simple gardening activities such as forking over a compost heap can have deadly consequences for these little creatures.

“With a little caution, these kinds of horrific injuries are completely avoidable.

“We urge the public to become more hedgehog aware. Simple things like checking before you start strimming or using your garden fork, remembering to put sports netting away when it’s not in use and keeping drains covered can really make a difference and help protect the welfare of these iconic creatures.”