Mowgli the cat who is a real-life cat burglar with a distinct taste for clothing from stockings and gloves to socks and pants - pictured with some of his items he has stolen.

Owner Leila Walley, 39, says the five-year-old cat has been leaving gloves, underwear and other items of clothing at the back door.

The production operative, of Broadway Street, Burton-on-Trent, is none the wiser as to where Mogwli gets the clothes from.

When he was a kitten, Mogwli was stolen from their previous address for three months.

When he was found, he began bring home random items including chip papers.

Animal lover, Leila said: “I lived at another address on Blackpool Street and during my time there Mogwli had been stolen.

“He was missing for three months, then I got him back and kept in the house for a while.

“When I started to let him out I noticed he was starting to bring me back carrier bags of tissues, chips papers and all sorts.

“Then I moved house the to the address I live at now and he did nothing for 12 months.

“From out of nowhere he started up again but this time hes bringing home clothing and not paper stuff.

“The first time he brought me an item of clothing was six months ago in October last year.

“I found all these clothes at the back door but I didn’t think it Mogwli at the time.

“I thought it might have been the neighbours kids leaving the clothes.

“So I asked them and they said they they haven’t got any children, so it became a mystery as to where they were coming from.

“Normal cats usually bring back birds or mice to their owner for appreciation or love.

“But I think Mogwli is little bit perverted, he brings back stockings, pants, socks, gloves and all sorts.

“I’m really unaware where he gets them all from. I haven’t a clue. 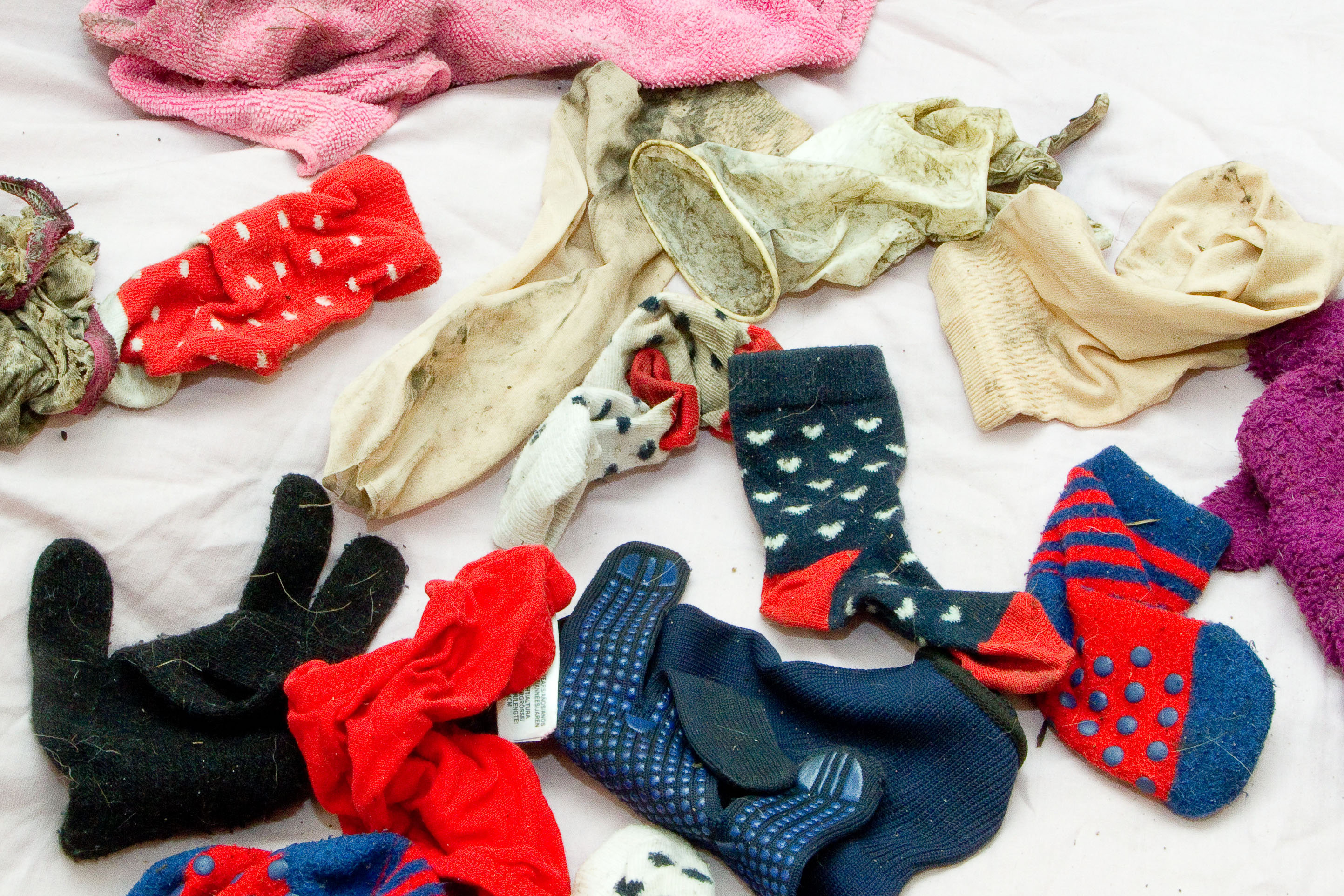 “I want to get one of those cat cameras, it goes on the collar of the cat so I can know what he’s actually up too – he can be gone for 12 hours.

“He sometimes leaves clothes for my neighbour, they were the one who told me they see him carrying clothes over the fence.

“He will then make a sort of screaming noise at the back door and that’s when I know he’s left me something.

“I put all the clothes in a box and I’m just waiting for someone to claim them, I think someone out there must be getting short on their washing.”