Rare Beatrix Potter First edition of 'The Tale of Peter Rabbit' is set to go up for auction at Great Western Auctions and is estimated to fetch £20,000 - £30,000

A rare first edition of The Tale of Peter Rabbit — including a handwritten note by Beatrix Potter saying “please buy it somebody” — is to go up for sale.

The book from the second printing is just one of 250 copies and could fetch as much as £30,000 when it goes up for auction.

Dated February 1902, the first edition also includes a rare note from the author herself.

Potter wrote: “Whilst strenuously denying that my name is in anyway “distinguished” I believe it is familiar amongst the children of many lands.

“May I hope that some good American will give a good price for this little book?

“Please buy it somebody, in aid of a noble cause.

“With further handwritten note on inside front cover From Beatrix Potter, Oct 11. 1918, In aid of the Scottish Women’s Hospitals.”

The book will be sold by Great Western Auctions in Glasgow on March 23. 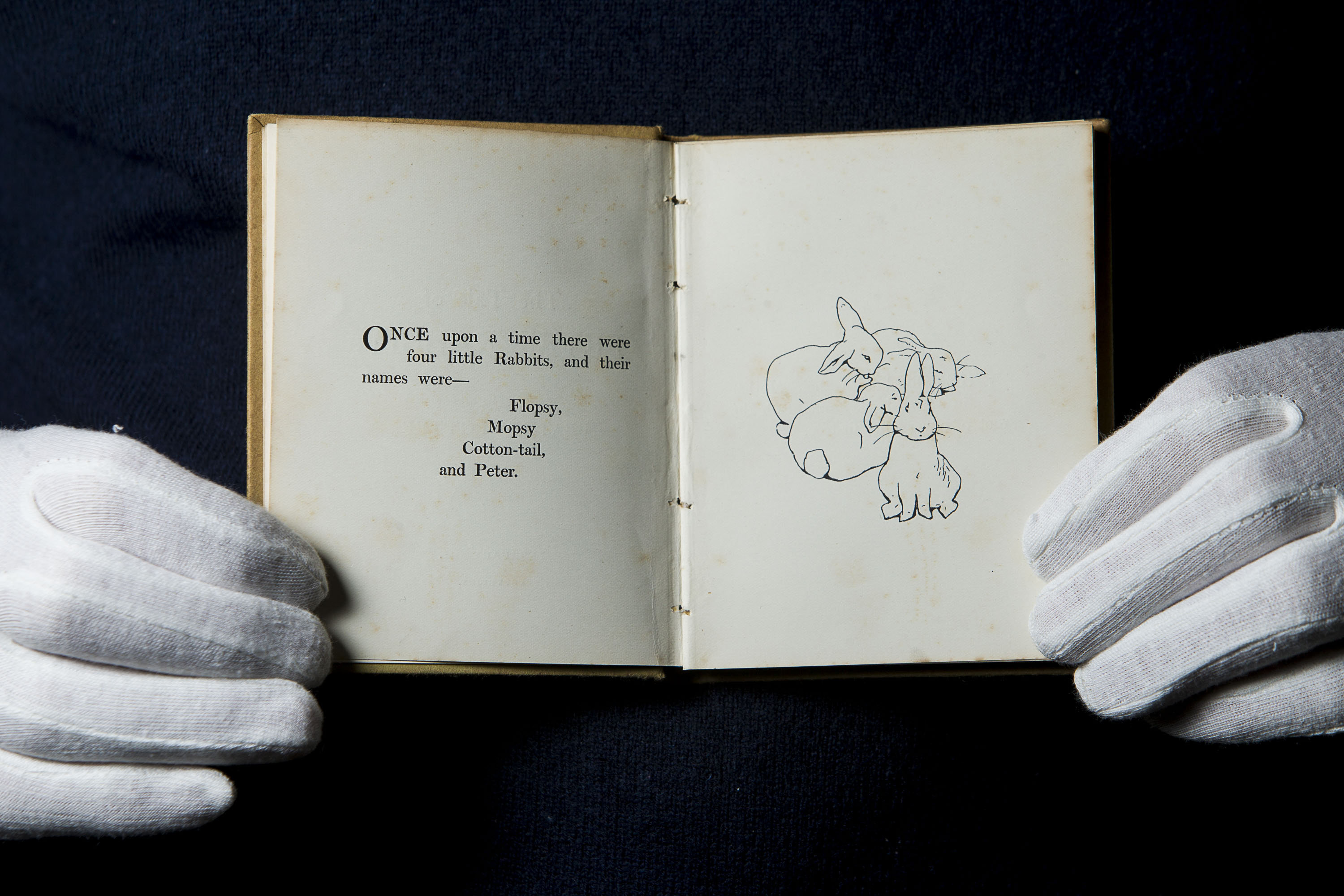 Playing on the banks of the River Tay, her interest in the natural world around her developed and evolved into a lifelong passion.

Peter Rabbit is Beatrix Potter’s most famous character and first appeared in a picture letter that she wrote in 1893.

The letter was illustrated with the drawings that years later would feature in her first published book, The Tale of Peter Rabbit.

Initially unable to find a publisher, Potter had her book printed privately herself.

The first impression, printed in December 1901, was an edition of 250.

Potter gifted them to family and friends but also sold some copies.

Within two weeks the book had proved so popular that Potter commissioned a second impression to be printed, ready in February 1902.

It was later that year, in October that a regular trade edition was released by the publisher, Frederick Warne, and proved to be a bestseller.

Other highlights of the sale will include three works by Phoebe Anna Traquair, who achieved international recognition for her role in the Arts and Crafts movement in Scotland, as an illustrator, painter and embroiderer.