Quadruple amputee pooch discovered in a rubbish bag in S. Korea, now finalist in US’ most heroic dog competition

Chi Ci the dog wearing prosthetics. A South Korean dog who lost her legs after being discarded in a trash bag and bound in rope could be crowned America's most heroic dog.

A South Korean dog which lost its legs after being discarded in a rubbish bag and bound in rope could be crowned America’s most heroic dog.

Chi Chi, a four-year-old golden retriever, became a quadruple amputee after she was rescued in January 2016 as vets were unable to save the rotting flesh on her legs.

The retriever’s legs were bound in rope when she was discovered in a trash can, five hours away from Seoul, South Korea.

She was transferred to the capital, where vets had no choice but to amputate all four limbs before US charity Rescue and Freedom Project took responsibility for her care.

The dog was flown to Los Angeles, California, by the rescue project and was later adopted by Elizabeth Howell, 46, and her husband Richard, 46.

Chi Chi, who lives in Phoenix, Arizona, is now a finalist in the American Humane Society’s annual Hero Dog Awards, where she hopes to take home the crown on September 29.

“Chi Chi has her own Instagram and Facebook pages and one of her followers recommended we nominate her for the award,” she said.

“She’s so inspiring and she has touched a lot of hearts.

“She was found in a trash bag with her legs bound.

“It’s hard to tell in the video but they are bound by some type of rope or wire.

“She was found in the country, about five hours away from Seoul.

“They believe she was meant for the dog meat farms, but because her legs were necrotizing she wasn’t of use to them.

“So they just abandoned her.

“They were basically going to euthanize her, but they had second thoughts.

“Even though she was so hurt, she seemed to have a will to live and was wagging her tail. She loved being petted.

“So they made the decision to drive her to Seoul where vets were forced to amputate parts of her legs.

“She stayed in Korea until mid March recovering.

“We first saw ChiChi in a video posted by the Rescue and Freedom Project.

“It really captured my heart and I just couldn’t stop thinking about her.

“I spoke to my husband about her and we decided to reach out to the rescue and find out a little bit more about her.

“It’s been 18 months since the Howells adopted Chi Chi, who now uses prosthetic legs, but said the joy she has brought to their family has been overwhelming. 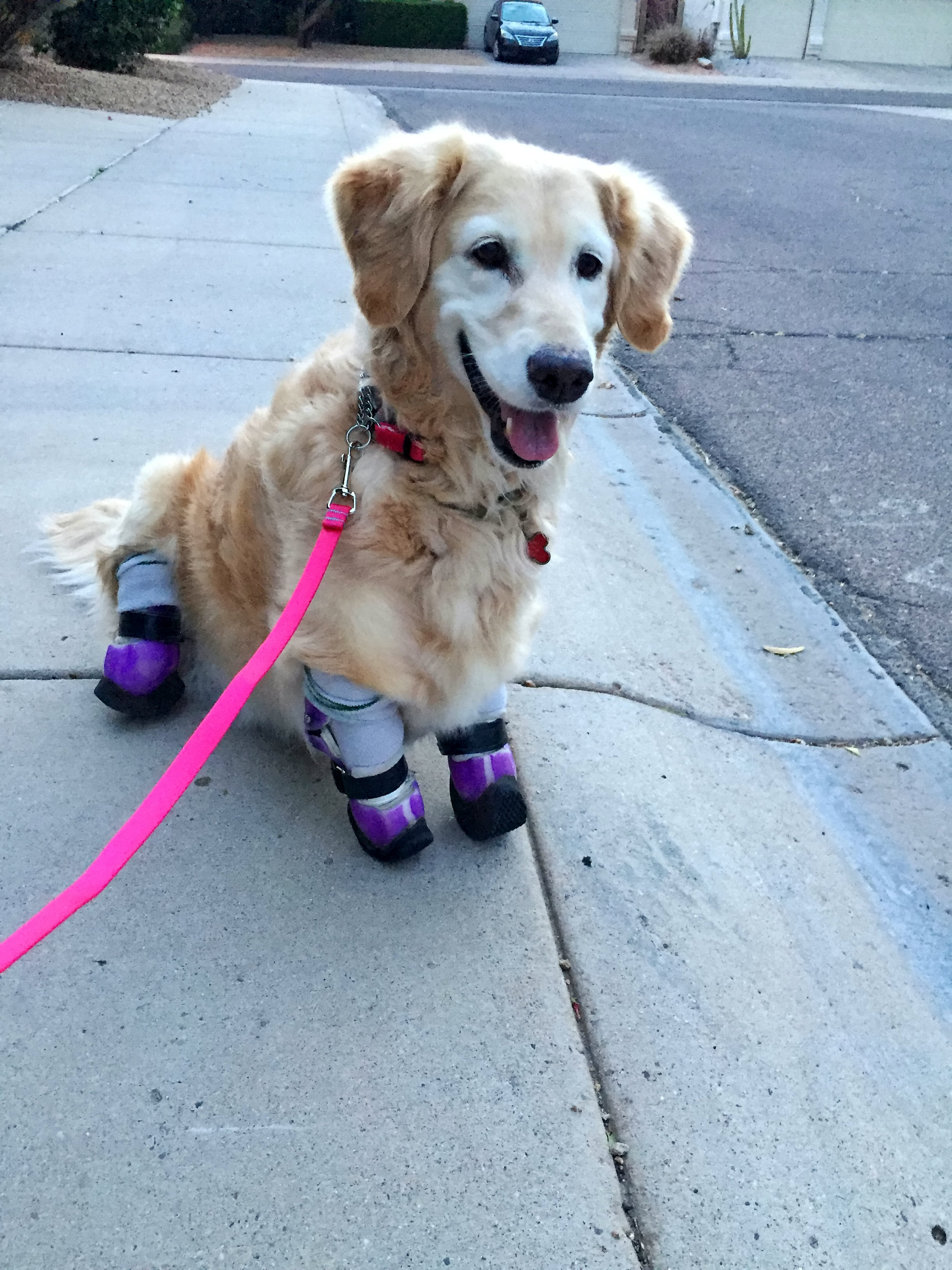 Elizabeth said: “We quickly fell in love with Chi Chi. We loved her spirit and she radiated love.

“It was amazing to me that even though she was so horribly treated, she still had that fighting spirit.”

“Chi Chi’s never give up attitude has had a huge impact on all of our lives.

“We’re going to a special gala at the end of the month in Los Angeles and we think she is so deserving of the Hero Dog award.”