A pet owner was horrified to discover her naughty pooch had destroyed her brand new white carpet after covering his paws in blue ink.

A pet owner was horrified to discover her naughty pooch had destroyed her brand new white carpet after covering his paws in blue ink.

Angela Masaro, 54, woke up to find her unruly pup Cooper had broken into her art studio and decorated himself in ink from a blue pen, before trotting around the white-carpet covered house.

The mum-of-four admitted she was furious when she spotted her Australian Shepard’s little blue paw-prints leading from her studio, down her staircase, and into her newly carpeted family room.

But, when the interior designer, of Weston, Florida, laid eyes on her dastardly dog, she couldn’t help but laugh as his snout and paws had been dyed blue by with pen ink.

Seeing the funny side, Angela immediately tried washing Cooper with warm soapy water, but discovered she was making the situation worse.

Angela said: “When I came downstairs I realized that my kitchen was covered in blue ink.

“I couldn’t figure it out.

“When I walked out of the room, my heart sank when I saw blue footprints all over the carpet on my staircase.

“When I realized there were footprints on my brand new dining room carpet I was so mad.

“When I laid eyes on Cooper, his snout was covered in blue ink and his paws too, which explained the footprints. 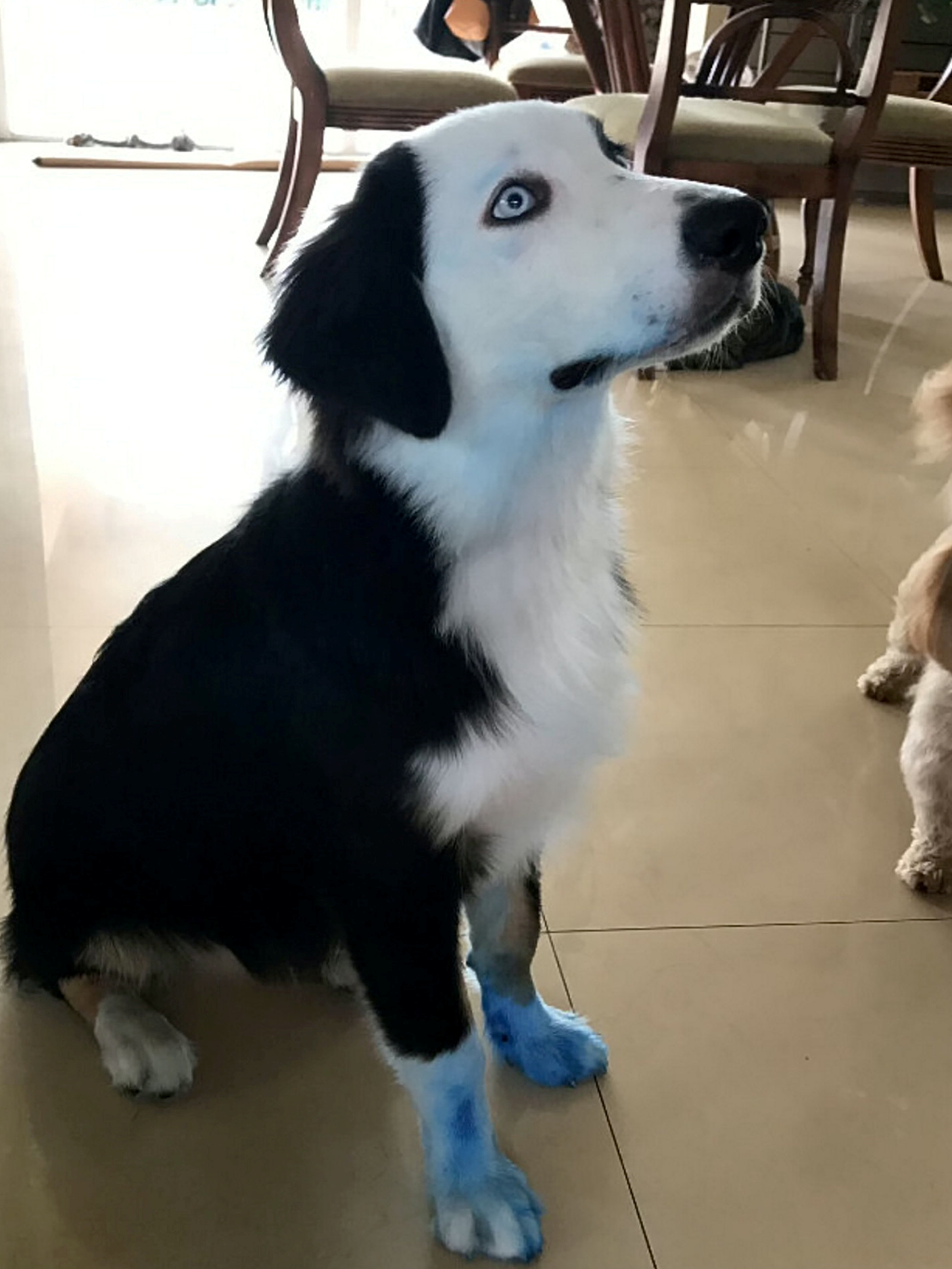 “I immediately tried to wash off the ink with hot soapy water, but it was making everything worse because it was just rubbing into his fur.

Angela abandoned her efforts to clean up the naughty pup, who remained blue for a week after his misbehavior.

Angela said: “I just gave up and said: ‘You know what, you’re just going to have to stay blue.’”

WATCH: Schoolboy holidaymaker mugged of his burger – by a cheeky IGUANA