Daniel Edmondson from Preston, Lancs., has been receiving sparring and boxing sessions from boxer Stuart Maddox after Daniel was being brutally bullied.

A professional boxer has stepped in to help a timid youngster after a distressing video of him being bullied was shared almost 30,000 times.

Daniel Edmondson, 12, was punched and intimidated by a group of youngsters who chased him through a park as he cowered on May 3.

In the upsetting clip, the boy is confronted by older teenage bullies in Preston’s Moor Park.

One male youngster can be seen punching him repeatedly in the face and back as he attempted to escape the group.

Daniel can then be seen raising his hands in the air and laying on the floor as the group approach and swarm around him.

The footage was posted on Facebook and quickly went viral, being shared almost 30,000 times within days.

The shy lad, from Deepdale, Lancs., had been targeted for “years” by the group and had his wrist broken in January in another incident.

However, his mother Anne, 36, couldn’t believe what she saw in the horrifying footage and took it to the police.

She said: “There was no reason for them to do this to Daniel.

“I have always been protective of Daniel playing out as he is quite shy and quiet but I never expected this to happen.

“He was begging me to go out and see his mates so I let him, but when he came home and told me what had happened I couldn’t believe it.

“Daniel was punched in the jaw and the video shows him asking for me, it was heartbreaking to see.

“He did not retaliate at all, it is so hard to watch.”

But when boxer Stuart Maddox, 38, from Preston saw the video he decided that enough was enough and invited the youngster along to sparring session last Monday.

Stuart said: “I got a message from a friend of a friend about the video of the lad being bullied and he asked if we can help.

“I was disgusted about what I’d seen so I contacted his mum to ask if I could first share the video to acknowledge it and then if I could train him to give him some confidence.

“He’s a natural. He shocked us and I think he shocked himself.

“I wish the bullies could see him now.

“I got bullied when I was growing up and didn’t have anyone to take me under their wing, so I started fighting back.

“Being in the position I am I can give this lad help.”

Daniel’s mum Anne said Stuart has turned her son’s confidence around and after he visited the club on Monday (May 14), he slept through the night for the first time since the incident.

She said: “He’s been off school since it happened.

“He hasn’t been sleeping and has been a shell of who he usually is.

“He was so excited to meet Stuart and spar at the club and absolutely loved it.

“Stuart has taken him under his wing and given him a new found confidence.

“I couldn’t thank Stuart enough and Daniel is finally smiling.

“He has got his smile back.” 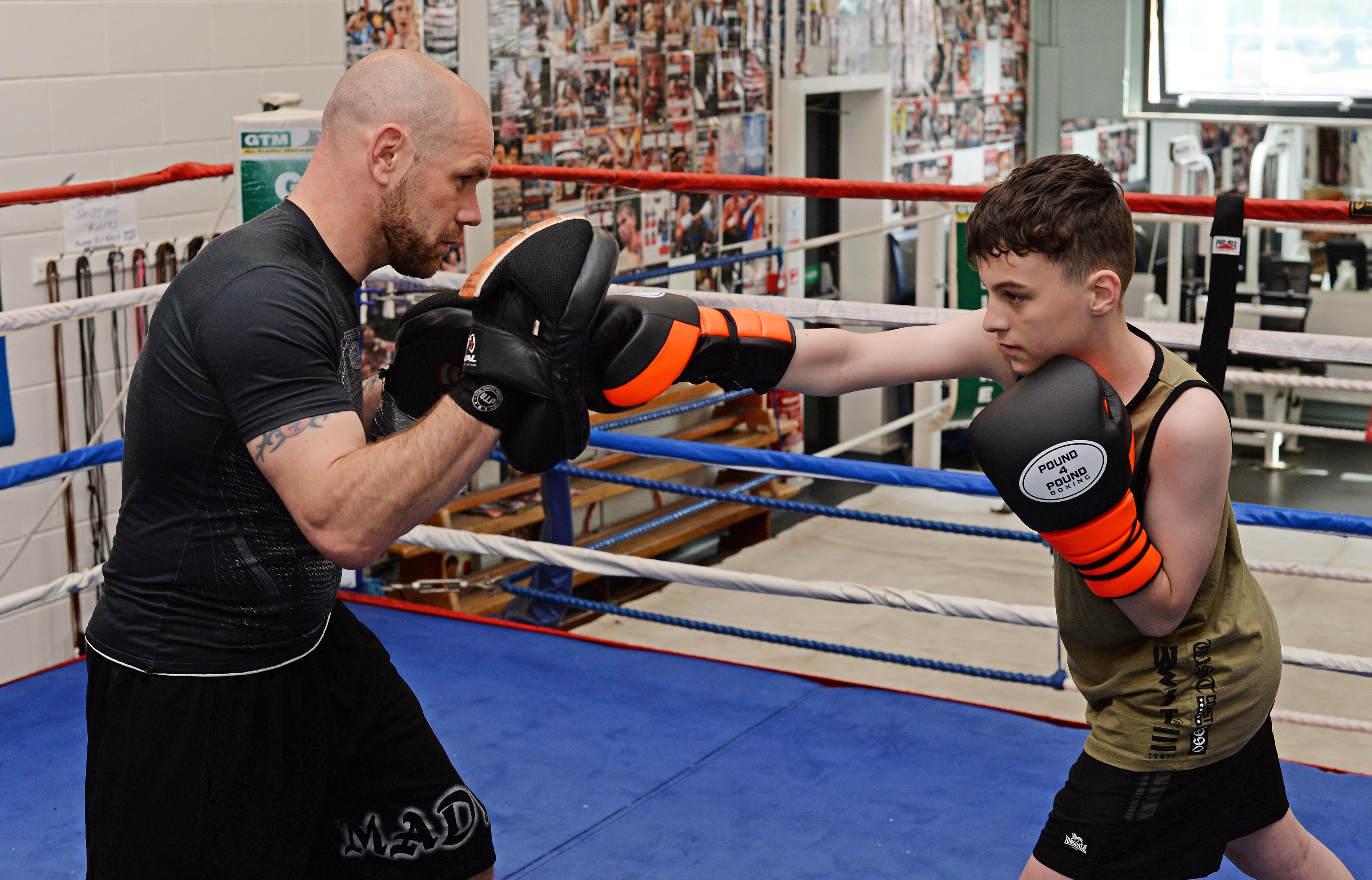 Daniel, who attends Corpus Christi School in Preston, has been taking part in sparring sessions at Larches and Savick Boxing Club.

Gym owner Jimmy Moon said: “We are a great team here, everyone looks out for one another.

“It’s the best thing about it all.

“If there are any signs of any bullying it’s stamped out straight away.

“There’s none of that whatsoever.

“We don’t allow anything like that in the slightest, which is why we’ve given Daniel this as well.

“Everyone is on the same level here. It’s about respect.

“Daniel could probably look after himself but he’s not a violent person, and boxing isn’t about violence, it’s a sport.

“We are a community.”

The club was founded in 2002 by Jimmy, Joe Kilshaw and David Fitzgerald.

David said: “After seeing what happened with Daniel I invited him down to cheer him up and take him out in the cars to just show him he’s not alone. He just needed an arm around his shoulder.

“He’s a very well mannered young man trying to carry on with his life.”

David has plans to organise a family fun day at ADS Automotive for young victims of bullying to show them that they aren’t alone, with barbecues and spins around the block in fast cars.

He added: “I was a victim of bullying so it’s something close to my heart.”