Videograb of the moment that radio host Iain Lee took a call from a man who had taken an overdose.

Presenter Iain Lee saved a man’s life by talking to him on air for 30 minutes after he called to say he had taken an overdose.

The man revealed he had taken an overdose and was dying in the street and Iain was able to work out where he was and get a description.

The star of last year’s I’m A Celebrity…Get Me Out Of Here, was then able to direct emergency services to him.

Ian says the man, identified as Chris, called talkRadio and said he was ‘lying in the street, dying’ in Plymouth, Devon.

Iain, 45, who hosts a show called Late Night Alternative between 10pm and 1am, tweeted after the incident on Wednesday: “Tonight we took a call from a man who had taken an overdose. He was lying in a street in Plymouth, dying.

“We managed to keep him online, get a description of what he looked like and was wearing, work out where he was and send an ambulance and police to him. Kept him on the phone for 30 minutes while he got harder to understand.

“Long periods of silence where I thought he’d died. f**k, that was intense and upsetting. Thanks for your kind words. I really hope he makes it.”

Iain later tweeted: “Thanks everyone for your kind tweets. I’m a bit stunned after that call. Actually more than a bit.

Devon and Cornwall Police’s Inspector Kevin Morley tweeted to thank Iain for what he had done.

He added: “My officers that attended and are now dealing with the caller. This is a very typical call for us sadly and December is a hard month for many.

“We will do our best to direct him to long term support.

“We all have a role to play in supporting those that are struggling.”

Iain has previously been open about his own battles with mental health and depression, revealing he himself felt suicidal.

After the incident people took to social media to praise the DJ for his actions. 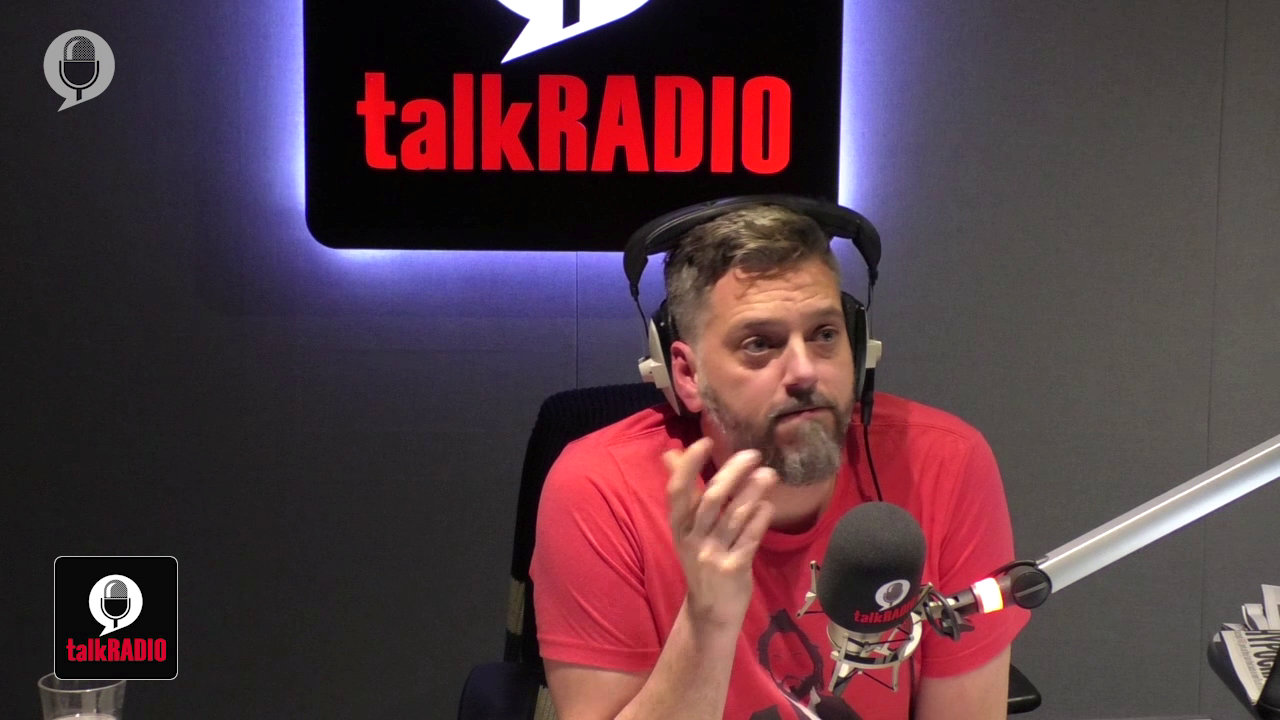 Elena Wolfson said: “You are amazing. Please make sure you do some self care for yourself, that’s quite an emotional trauma for you x”

Goldie said: “Well done to you all in such a difficult situation. You probably saved his life. I hope he is ok and getting the help he needs now. Poor man .”

Iain Lee said the man, in his 50s called Chris, rang up his show shortly before 11pm last night during a slot about mental health.

The host said he was struggling to understand what Chris was saying before it horrifyingly emerged he was slumped opposite Revolution bar in Plymouth city centre and ‘wanted to die.’

He kept the man on the line long enough to alert his producer, who dialled 999 and got ambulance and police crews to the scene.

Speaking today about the ‘horrible’ experience, Iain said: “He phoned up, he was on the line for a while; we were dealing with someone else in a distressing situation at the time.

“The content of the show, we talk about mental health and then we go and talk about the Beach Boys, it goes from serious to light all the time.

“He (Chris) was on the phone, and I couldn’t understand what he was saying.

“We get some calls from people with Parkinson’s Disease, with MS, different things. So to get a call where you can’t understand someone, it’s not uncommon for us.

“Quite early on, I said; “I can’t understand you mate. And he said, I have taken an overdose.

“I was able to establish, his speech wasn’t because of Parkinson’s, it was the induced thing.

Iain said he feared the man would die on air because there were prolonged periods of silence during the half hour call.

But he managed to retrieve his name, age and location during that time

Iain added: “”This was really serious, it was horrible.

“I have been suicidal in the past – I have never taken it as far as he did.

“Initially, he said he didn’t know where he was, what was going on, he just said, he wanted to die.

“I managed to get enough (detail) from him…he kept talking about a nightclub and then we established he was right opposite the nightclub.

“It was Revolution, (though) he hadn’t been there. It was very confusing.

“I kept him talking for probably half an hour.

“I thought he had died because he would go silent for five or 10 minutes. It was horrible.”

Iain said the last he knew, police and ambulance had rushed to his aid, though he knows no more about his condition.

“But I do know there are a lot of lonely people out there, and what with Christmas coming up, the loneliness seems to worsen.

“It’s really shook me, it was really distressing.”

Devon and Cornwall Police said of the incident: “Police received a call at 11pm last night following reports of concern for welfare of a man near Derrys Cross, Plymouth.

“Emergency services attended and the incident was handled by the ambulance crews.”

The phone call Chris made to talkRADIO has been shared online and is transcribed below.

Chris: “Erm, I really want to discuss it with you.”

I: “Good, I’m glad you want to discuss it. I need to ask you a question – do you have an issue that causes you to slur a little bit.

C: “I probably have but I’m sitting down.”

I: “But normally if you hadn’t taken these pills would you be speaking normally.”

I: “Alright fine. Do you know what street you’re on? Can you look and see if there’s a street sign.”

I: “I really want you to have a look and see if there’s a street sign.”

I: “Alright. What are you wearing, Chris?”

I: “Black canvas shoes on. It would be really helpful man if you could… what can you see from where you are.”

Retired couple had ‘their faith in humanity restored’ after neighbours replace their stolen Christmas tree, chopped down from their garden

Retired couple had 'their faith in humanity restored' after neighbours replace their stolen Christmas tree, chopped down from their garden