Eve Phillipson, two, from Doncaster, is being treated in Sheffield for congenital diaphragmatic hernia using, unusually, pig skin - the first operation of its kind in the UK.

A poorly tot born without a diaphragm is the first person in Britain to have one built from her own abdominal walls – and have it reinforced using the skin of a PIG.

Eve Phillipson was in the last chance saloon after overcoming two failed operations to rebuild her diaphragm – the layer of muscle separating the lungs and the stomach.

The two-year-old toddler had already gone under the knife twice before she was one but both pioneering operations failed.

Expert surgeons then undertook a third five-hour operation in January this year to create a diaphragm from Eve’s natural abdominal wall muscles by ‘turning the muscle’.

Medically-sterilised pig skin – known as Strattice – was then used to reinforce the weakness in her abdominal wall.

Eve’s mum Rebecca Phillipson, 38, said: “It was quite overwhelming at first – we were told she had a 50:50 chance of survival.

“We didn’t know the extent of the damage until she was born and it was an emotional rollercoaster and an incredibly anxious time.

“By her second birthday we were concerned that if we didn’t go for the ground-breaking surgery to create a natural diaphragm – we might lose her.”

Rebecca, of Doncaster, South Yorks., was told some excess fluid on the back of her neck at her 12 week pregnancy scan could be a cause for concern by her midwife.

She returned back to hospital three weeks later and found Eve had Congenital Diaphragmatic Hernia (CDH).

Usually the diagnosis, which affects one in 10,000 newborns, means there are holes in the diaphragm – but in Eve’s rare case the vital muscle did not exist at all.

This causes the bowel and other organs to enter the chest and squash the developing lungs.

Eve required immediate life support when she was born in December 2015 and surgical teams in Sheffield and Leicester operated on Eve to replace the missing diaphragm.

The initial procedure, when she was just one week old, involved using a Gortex patch, similar to the material found in raincoats. 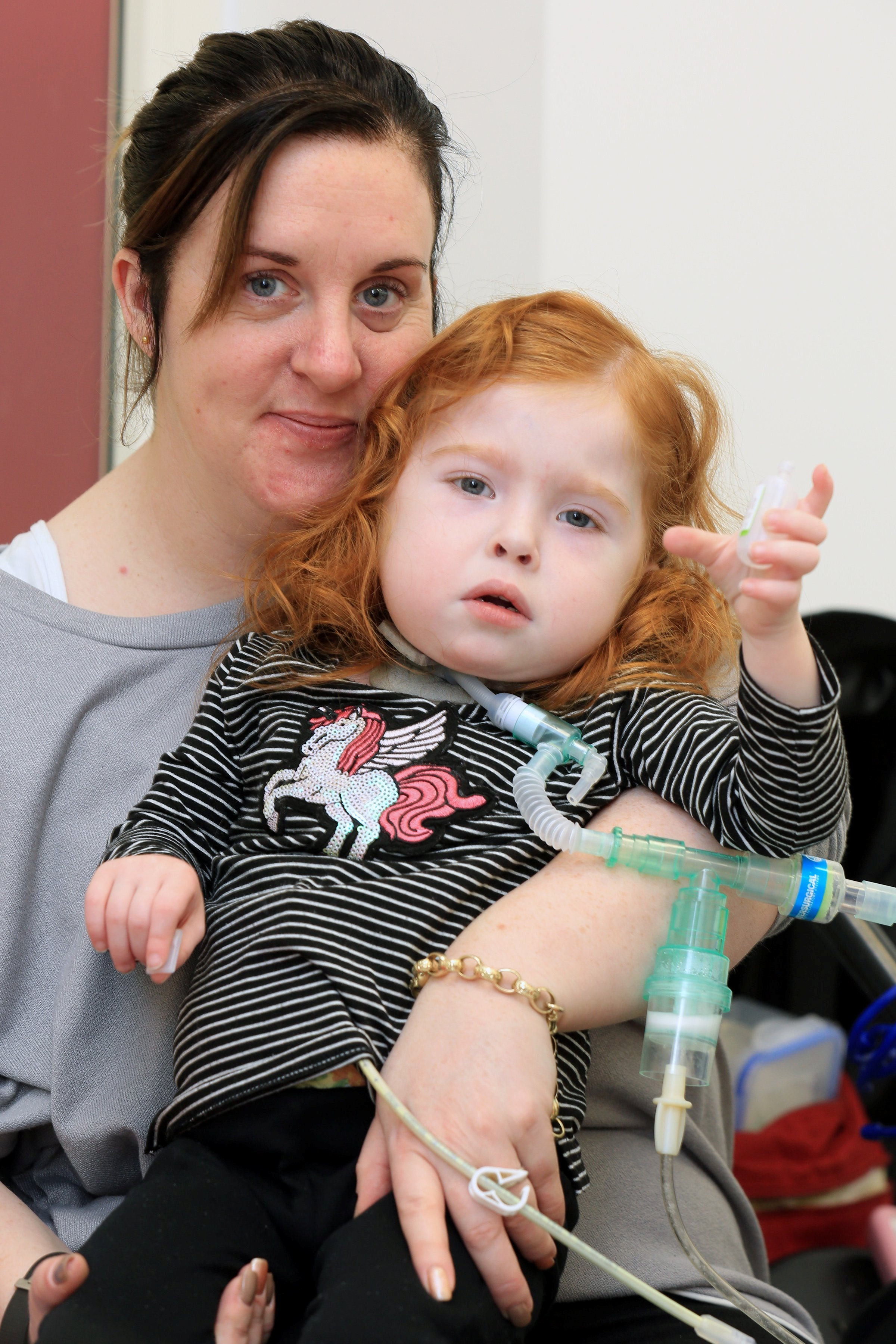 When that failed to hold, a second repair combined nylon into the patch around six months later; however, that was also unsuccessful.

The third operation was carried out by Sean Marven, Consultant Paediatric Surgeon at Sheffield Children’s NHS Foundation Trust in January 2018.

Dr Marven said : “It was a very difficult decision – we knew the longer we waited, the more perilous the procedure may be.

“The surgery was complex and required a great deal of skill and concentration, particularly as it had never been performed in the UK before.

“Thankfully it went well and Eve continues to grow stronger.”

Eve continues to require round the clock ventilation due to the initial damage caused by her condition, which resulted in the collapse of her left lung.

But mum Rebecca hopes that Eve can act as ‘a little ray of hope’ to other youngsters with similar ailments in the future.

She added: “She [Eve] smiles, she plays, she’s mischievous, she’s funny – what more can we ask for?

“If other families are going through a dark time, Eve can be a little ray of hope for them. Sometimes even the worst cases can turn out well”.

Research into CDH is continuing at the hospital and now MRI scans will be able to construct an unborn child’s diaphragm while they are still in the womb.

The study forms part of The Children’s Hospital Charity’s annual commitment to spend up to £250,000 on research into the prevention and cure of childhood illnesses.