A veteran lollipop man who says he felt forced to quit his job after parents complained he was ‘high-fiving’ schoolkids has today blamed “political correctness gone mad”.

Award-winning Bryan Broom, 77, claims he was told by council officials that high-fiving children could be misconstrued as grooming.

The pupils’ favourite is still going ahead with plans to hang up his hi-vis on Friday (9 Feb) despite an outpouring of support.

Scores of parents have also reacted with anger to the shock resignation and are now considering drafting a petition to persuade Bryan, who is employed by the council, to rethink his decision.

The married father-of-two has been a lollipop man at Kirk Ella St Andrew’s Community Primary School near Hull, East Yorks., for 20 years.

Bosses at East Riding of Yorkshire Council said they received a “couple” of complaints about Bryan’s conduct.

But the complaints were not upheld following an investigation and the council say Bryan is leaving on his own accord.

However, the “unsung hero” says he feels he’s lost the backing of the council and cannot go on.

He said: “They [the council] were saying we have called you into the office twice, if it happens again we really are going to give you a slap on the wrist.

“I was thinking, ‘I don’t need all of this now’. I feel as though I’ve got to be very careful with what I say and even how I look at people. 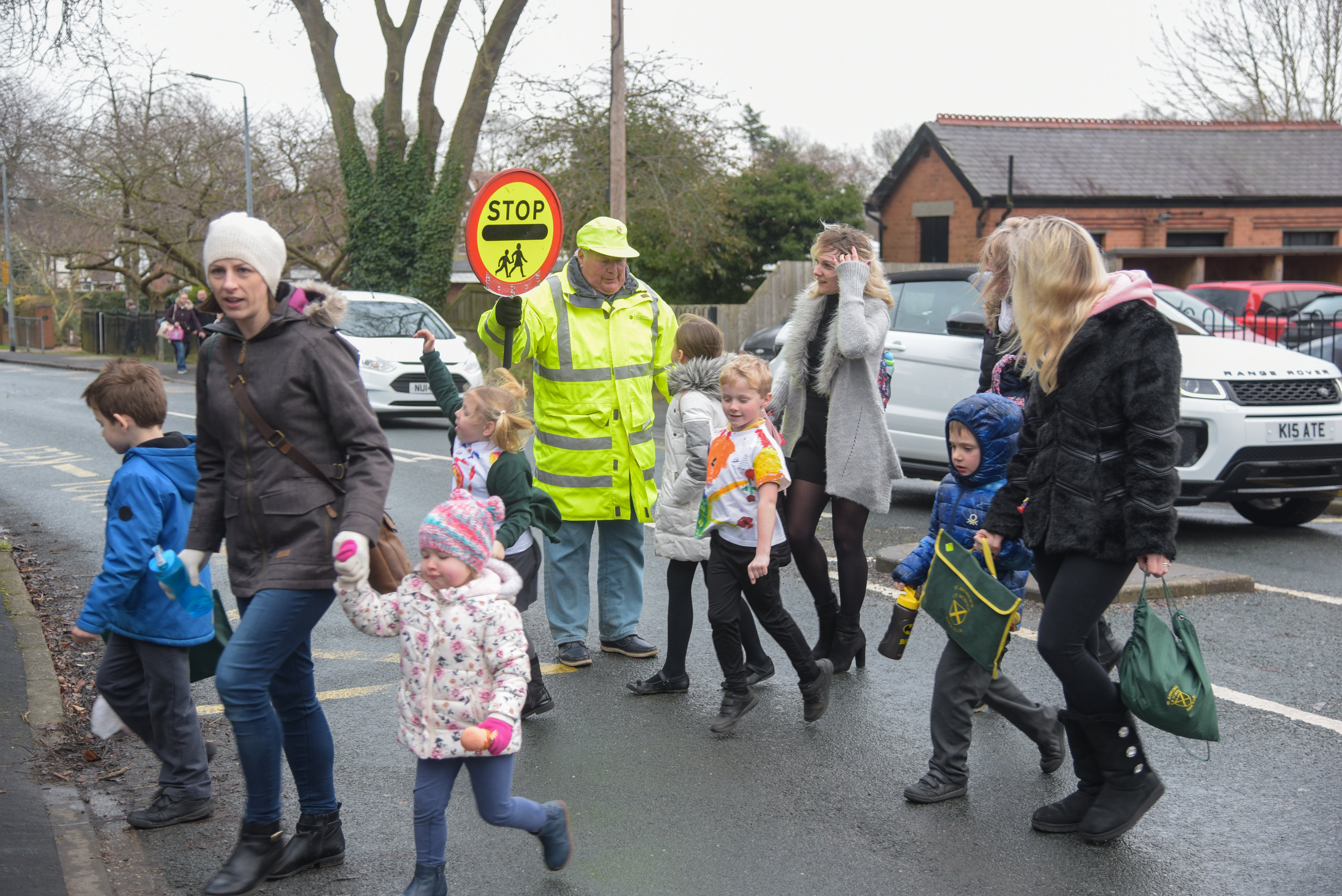 “I’m outgoing and cannot be reigned in. I’m very sad to leave but it’s my choice at the end of the day.

“If I can blow my own trumpet, I’ve always been a popular person on that crossing. Someone once said I was the most well-known person in Kirkella.

“I don’t get the impression that they [the council] would back me if anything did happen.

“Now, I’m not a person I’m purely a number. I think that’s getting to be typical of life these days.

“Nobody is more upset than me that I’m leaving but my mind is made up. I seem to have got my ten minutes of fame, at least.”

Bryan says he was pulled into the council offices at the end of November last year after a mother reacted negatively to one of his quips.

“The point is I have been doing this job for nearly 20 years,” he added.

“Just recently at the tail end of last year around November time I got a complaint and had to go to the office to get my wrist slapped.

“A lady had come with her child and being typical of me I said to her, ‘is that your sister?’ I have said it to 9,999 ladies, grandmothers, they always respond ‘I wish’.

“Apparently, instead of coming to me they went straight to the council and put in a complaint.

“A child came up to and said, ‘high-five Bryan’ but apparently I can’t do that nowadays because I’ve been told it could be misconstrued as grooming.

“This business of political correctness, it has just gone mad. 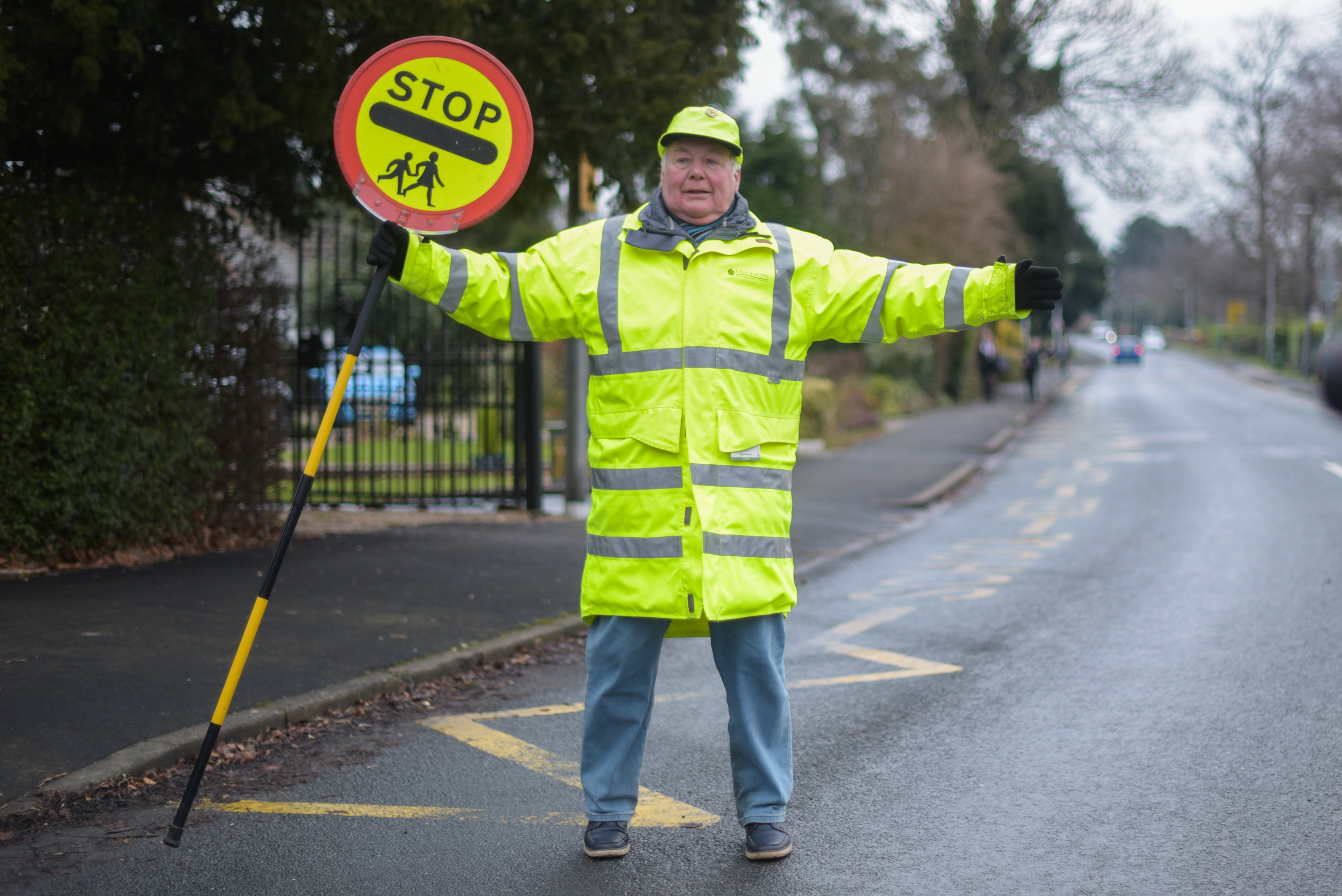 “I have been doing this for a lot of years, I’m an outgoing sort of person and like to have fun with the parents and children.

“Obviously, my priority is getting parents and children across the road safely but if I can get them to go across with a smile on their faces then I’m happy.”

A spokesman for East Riding of Yorkshire Council said: “The council had received a number of complaints from parents about the behaviour of Mr Broom.

“These complaints were investigated but not upheld.

“Mr Broom is choosing to leave of his own accord and we wish him well in the future.”

Bryan was part of a group of eight crossing patrol persons’ who were recognised for their contribution to road safety four years ago.

He was handed an Unsung Hero Award at a East Riding council headquarters’ ceremony – during which he met the council leader.

The group received gifts of flowers and chocolates at a presentation event which was presided over by Councillor Parnaby and Director of Environment and Neighbourhood Services Nigel Leighton.

Bryan, whose sons and two grandchildren attended Kirk Ella Primary, also spent a stint on the school board of Governors.