The scene in Collier Row where police shot a man to death, April 9 2018 after being called to reports of a gunman wandering the streets.

Police shot a man to death this morning (Mon) after being called to reports of a gunman wandering the streets.

Firearms cops rushed to the scene at around 3:50am after receiving calls about a man making threats and claiming he had a firearm.

Met Police fatally gunned the man down near a petrol station in Collier Row, east London, at about 4:45am.

He is believed to be in his 40s, and the Directorate of Professional Standards has been informed.

A Met Police spokesperson said: “Firearms officers attended the location and were informed the man had left the address, armed with a firearm.

At approximately 04:45hrs a man – believed to be aged in his 40s – was shot by police in the vicinity of Collier Row Road and Lodge Lane.

“Road closures remain in place around the scene.”

The Directorate of Professional Standards has been informed.

esidents near a petrol garage where an ‘armed’ man was gunned down by police described hearing two shots during the tense stand-off. 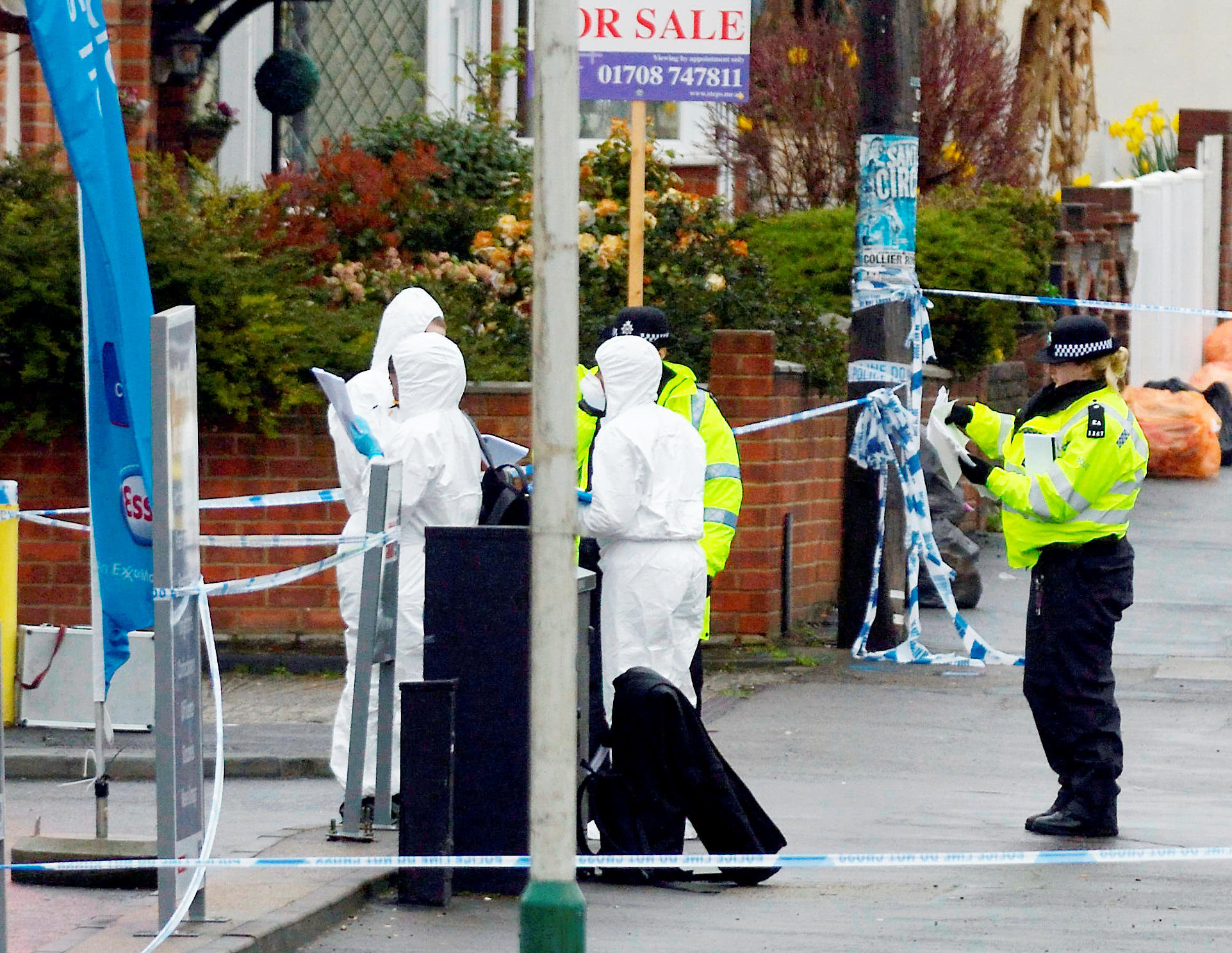 Police have taped off a huge stretch of road near an Esso garage in Collier Row, at the edge of east London, after the shooting in the early hours of this morning.

Several armed response vehicles and ambulance rushed to the scene at about 5am this morning, residents said.

The man is said to have been killed after calling cops himself, making threats and saying he had a firearm.

Resident Tracy Green, 39, who lives near the petrol garage, said: “I heard the gun shots – it was at about 4.45am.

“I just heard ‘bang bang’ and thought that sounded like gun shots – it was really close to here so it woke me up.

“I woke up then I saw all of it taped off here.

“That’s when I read about what happened.”

Darren Buckley, 50, added: “I was here at 5am because I thought it was a crash.

“I spoke to a copper but he was not giving anything away.

“There were armed response vehicles so it was obvious someone had been shot.

“There were four, they were in the garage and out here.

“It was all done, I was here about ten minutes after it happened so I didn’t hear the shots.

“I just heard all the sirens. There was an ambulance parked here too.”

Forensic detectives could be seen sweeping the garage forecourt for clues this morning.