A grandad has been forced to call in police after an online prankster used his picture to set up a racist Twitter profile which has gone viral around the world.

Nigel Addison, 62, was shocked when he discovered his selfie he posted on Facebook had been hijacked by an online user tweeting under the name Barry Stanton.

Barry Stanton, who claims on Twitter to be a dad-of-five from Blackpool, went viral after he tweeted a series of provocative anti-immigration comments.

He later tweeted his support for Brexit, adding that London was “like the Congo”.

He tweeted: “When i go to london i want to see BRITISH people speaking ENGLISH, not f***ing Somalis speaking hijabi.”

The next day Barry Stanton tweeted: “just picked up my lad from school. He tells me he was forced to read the korma (sic) in religion class. Bloody outrage.”

Mr Addison tried to block the rogue account but each time it was closed down a new one would pop up within minutes.

In a sinister twist, Mr Addison says another fake profile has been set up by someone using his real name, pretending to be engaging in a war of words with Barry Stanton.

The retired publican and railway worker said: “It’s very upsetting. I have no idea who this Barry Stanton is but now it’s got really personal.

“There is now an account, using my own name, posting rubbish about what I’m doing and pretending to be at war with Barry Stanton.

“Someone out there is using my name and picture to spread racist hate messages. I’m being called up and contacted from people all over the world asking if I am the real
Barry Stanton.

“Some of these people are saying they agree with what I’m saying and inviting me out for beers. Others say I’m awful for trying to get Barry Stanton to stop using my picture.

“The problem is every time one of these accounts gets deleted, it’s back within minutes. It will just keep going on and on.” 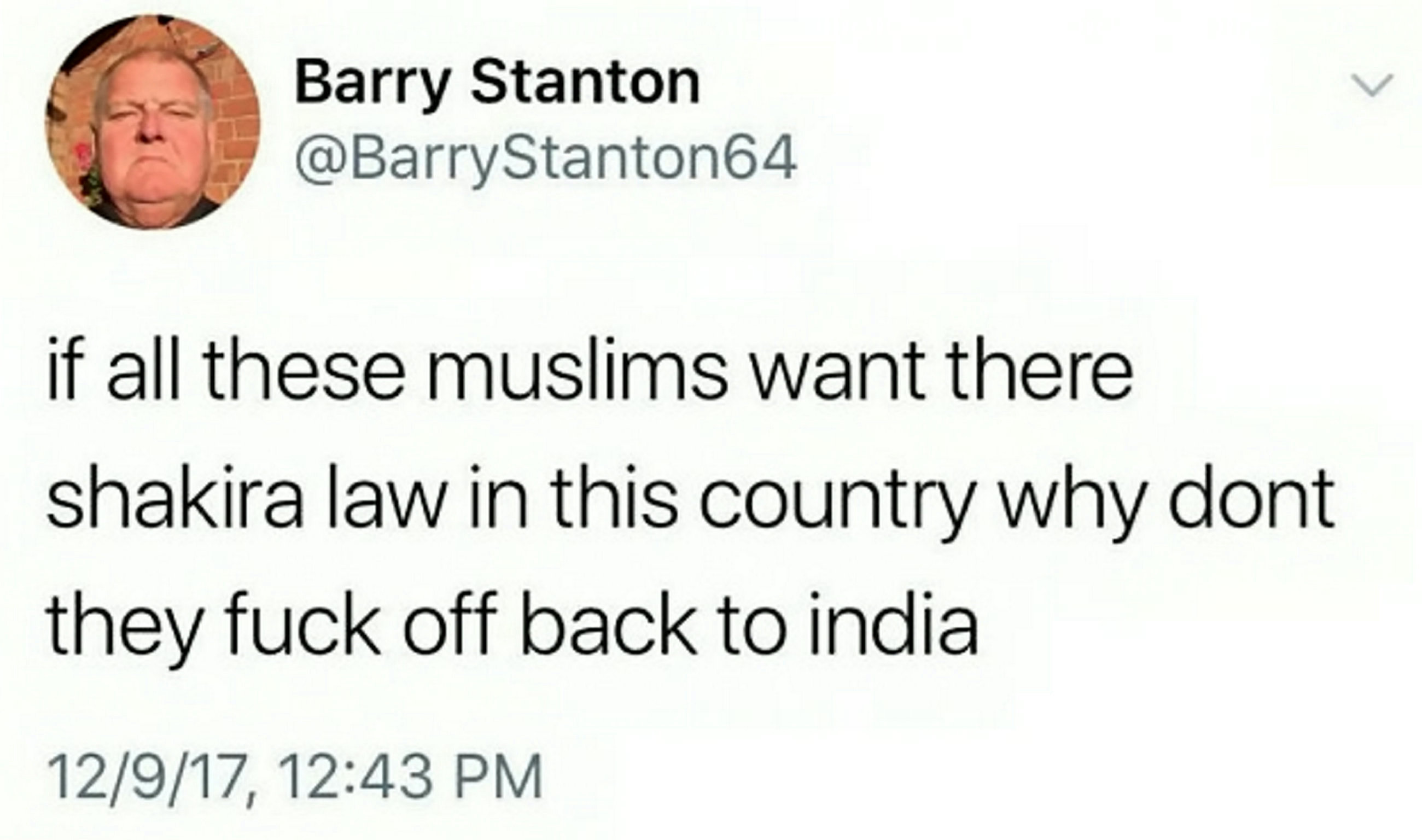 Mr Addison, who has three grown-up daughters and ten grandchildren, says he has been bombarded with online messages from strangers asking if he is the man behind the account.

He said: “I just want people to know that I’m nothing like that and it’s nothing to do with me.

“I’m an ex-district councillor, I’ve not long completed a degree at the Open University and I’m definitely not a racist.

“I must have got 30 messages the other night and it was just constant.

“It was just so overwhelming I could have cried. I was just thinking what the hell is going on? 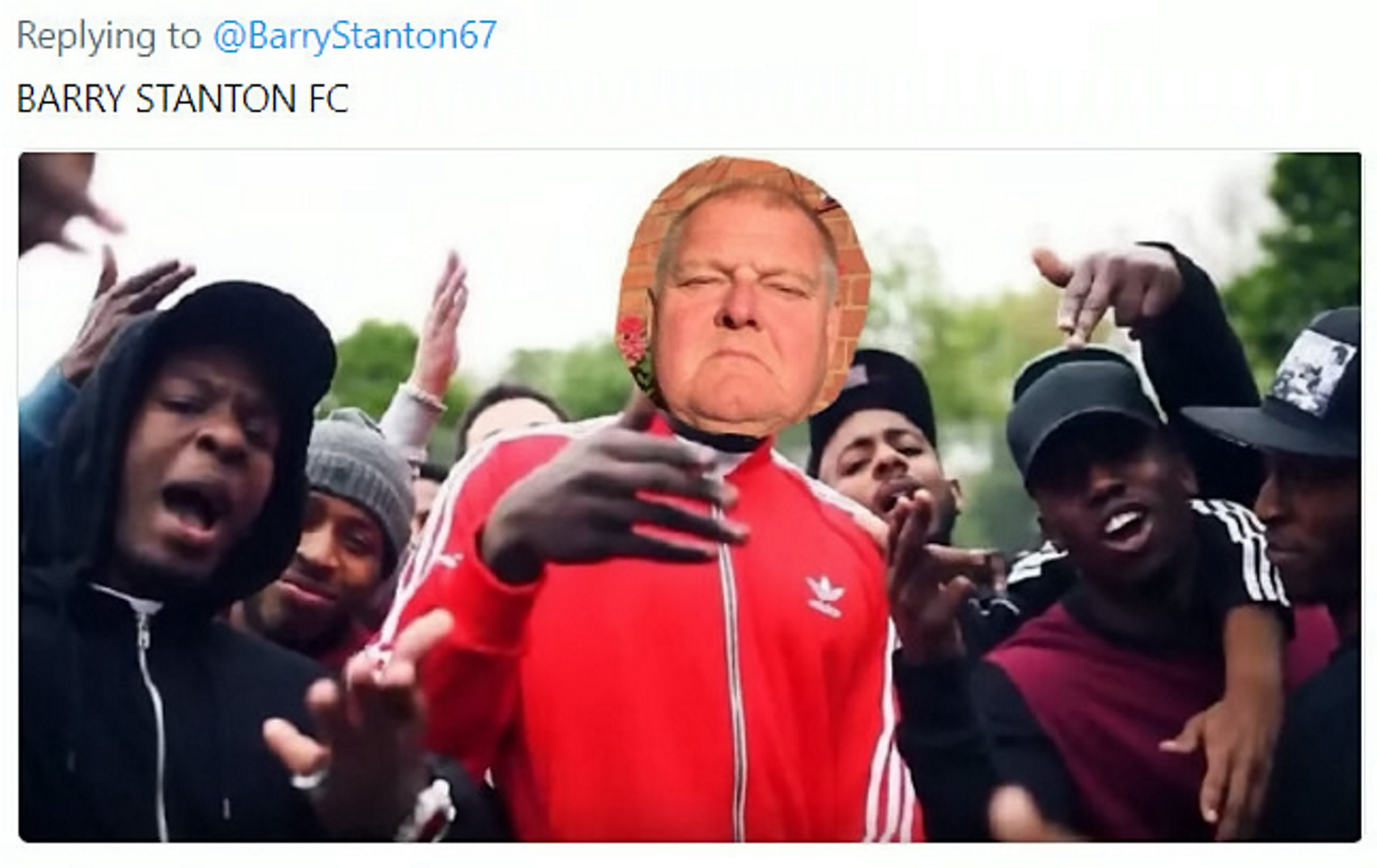 “I’ve had total strangers ringing me up and asking if I was this Barry Stanton.

“At first I was totally unaware what was happening and I took no notice but then when it carried on and carried on, I soon realised how bad it really is.

“Not all of them are abusive, most of them just keep asking if I’m the real Barry Stanton or saying things about Brexit and whether I’ve had a can of Carling today.

“What if somebody takes it seriously? What if I was walking down the road and somebody said I was that Barry Stanton and I was the one behind all those racist things. I could be attacked.”