A police officer is being investigated after he was allegedly caught on camera using a mobile phone while behind the wheel of a police van.

A police officer is being investigated after he was allegedly caught on camera using a mobile phone while behind the wheel.

The footage appears to show an unnamed West Yorkshire Police officer using his mobile phone while waiting at a set of traffic lights.

He can even be seen giving the “thumbs up” to a vehicle in the next lane before putting the mobile phone to his ear.

As the lights turned to green, the officer seemingly ended the call before setting off and turning left onto Bridge Street in Bradford, West Yorks., at around 7pm.

It was also claimed that the police officer was not wearing his seatbelt.

The footage has surfaced despite tougher punishments been brought in last year where drivers are now given six points and or a £200 fine if found to be flouting the law.

The clip was filmed on March 15 by Rizwan Desai, 19, who was travelling as a passenger in his friend’s car.

The student has described the officer’s actions as “horrendous, disgraceful, hypocritical and a blatant disregard for the law”.

He said: “He has a duty as a police officer to inform the public on the danger of driving on the phone, and the law changed recently.

“Knowing that seeing a police officer on duty on the phone was shocking.

“They should follow the rules, how can they tell us not to use our phones when they are using them themselves?

“It was horrendous, disgraceful, hypocritical and a blatant disregard for the law.

“He should know the consequences and the dangers he is posing to other drivers on the road.

“By enforcing the rules, he should lead by example.” 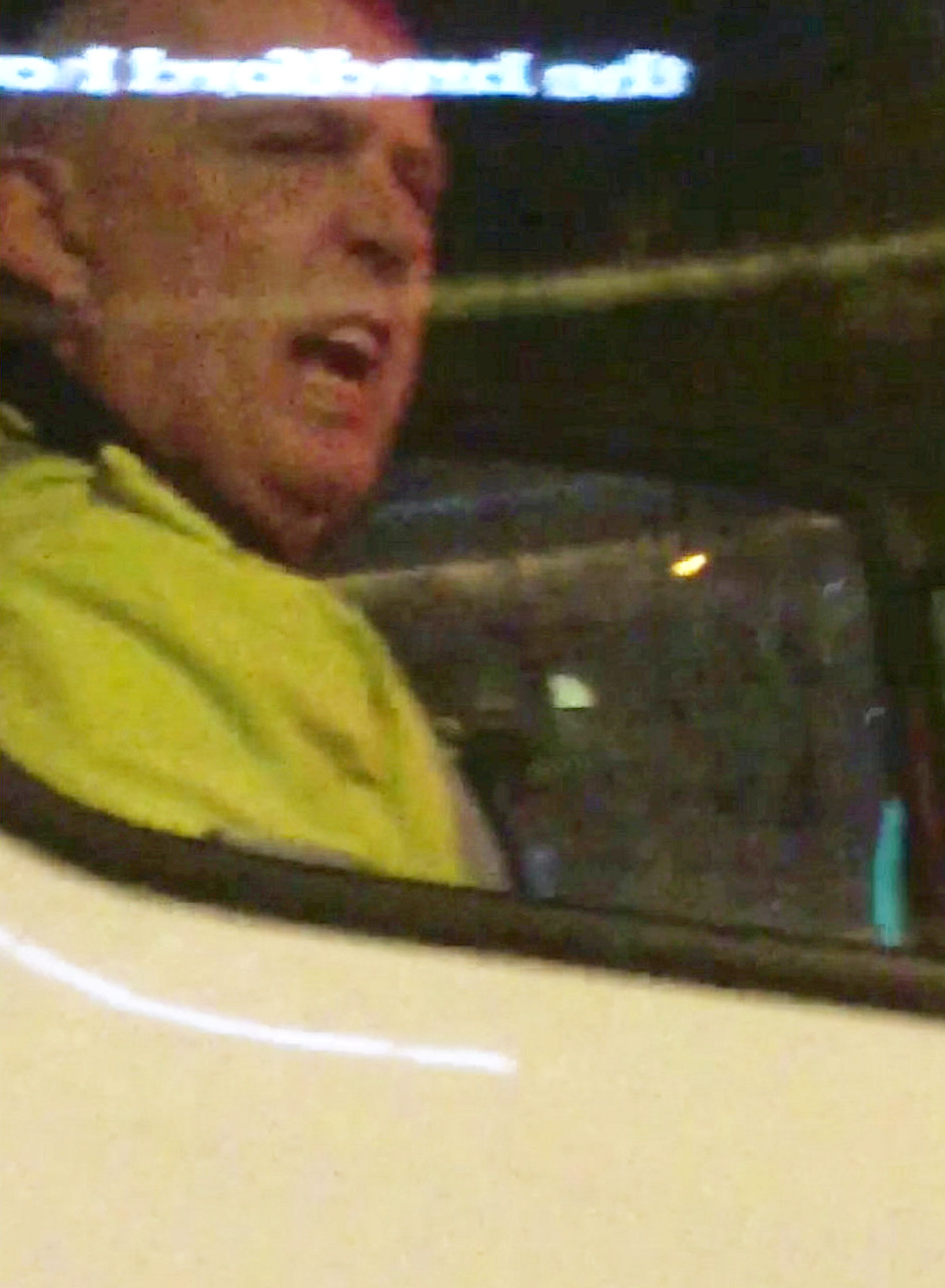 The Crown Prosecution Service website states that, under existing case law, a person may still be driving whilst the engine is running and the vehicle is stationary.

This means that an individual stopped at a traffic light could be prosecuted for a mobile phone offence.

The matter has been referred to the West Yorkshire Police Professional Standards Department for further investigation.

Superintendent Daniel Greenwood, of Bradford District Police, said: “A complaint has been received in relation to a police officer appearing to use his mobile phone while driving a vehicle in Bradford on Thursday, 15 March.

“It was also reported that the officer was not wearing a seatbelt.

“The officer has been identified and the matter has been referred to West Yorkshire Police Professional Standards Department for further investigation.

“An investigation is also ongoing in relation to possible road traffic offences and these will be dealt with as if they were committed by a member of the public.

“We demand the highest standards of our officers and staff and, where these standards are not upheld, we will investigate thoroughly and take appropriate action.”