This is the hilarious moment a police officer was ambushed by a herd of GOATS which pushed him aside to lick the rock salt off his patrol car.

This is the hilarious moment a police officer was ambushed by a herd of GOATS which pushed him aside to lick the rock salt off his patrol car.

Officer Mark Reed, 35, was dispatched after a motorist reported a stray goat, only to find a herd of eight chilling out on the roadside when he arrived.

Much to the goats’ delight, the roads in Webster had recently been salted because of recent snowfall, and the herd immediately rushed to lick the patrol car’s salty exterior.

Officer Reed, who is a policeman with Webster Police Department in New York, said: “It was an unusual call, sure, but not completely unheard of.

“When I got there, I saw eight of them on the side of the road.

“I parked up the car and got out and suddenly eight of them started running at me. I thought one of them would buck me. 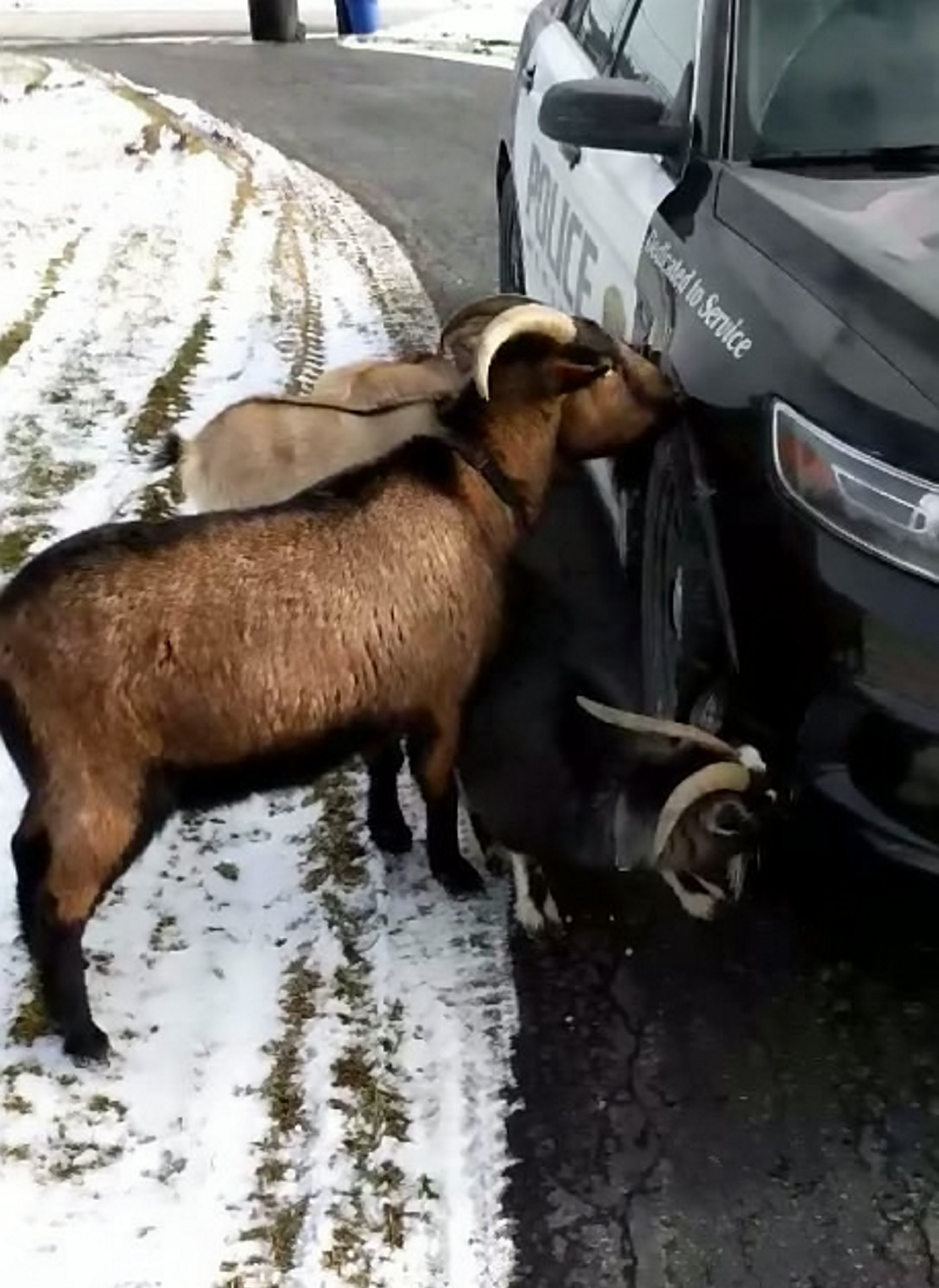 Caught in the middle of the unusual scene on January 25, Officer Reed began filming the goats to show his children.

“My kids watch videos on my phone and I knew they would love it. They thought it was so funny when I showed them, my youngest keeps saying ‘Bahhh’.”

The dutiful officer quickly realized that the goats had escaped from a nearby garden and bravely herded them back into their enclosure.

“It turned out they were pets and they had escaped from a house with a little barn at the back.

“I managed to herd them towards the open gate and locked them in again.