This is the amusing moment police politely tried to pull over a runaway HORSE before it was finally 'detained' by SIX officers.

This is the amusing moment police politely tried to pull over a runaway HORSE galloping down a busy highway before it was finally ‘detained’ by SIX officers.

Officers believe the horse was spooked by a coyote or a BEAR living in a wildlife reserve near its paddock home in Florida, US.

In funny footage viewed more than 213,000 times on Facebook, officers are seen driving slowly alongside the animal.

One courteous cop is heard coaxing the white and brown mare to stop, saying: “Come on. Can you stop? Please?”

In total, six officers were involved in rescuing the horse, which was corralled on US Highway 19, a north-south route connecting the Gulf of Mexico with Lake Erie.

They then managed to guide the animal to safety on a quieter road and it was returned to its owner, Patrisha Blowers, 53, of Hudson, Florida.

A spokesperson said: “On 1/24 shortly before 8am one of our deputies saw this beautiful horse running north on US 19 in the Hudson area.

“Our deputy called in the Ag Unit and backup, ‘We’re travelling at one horse power…’ 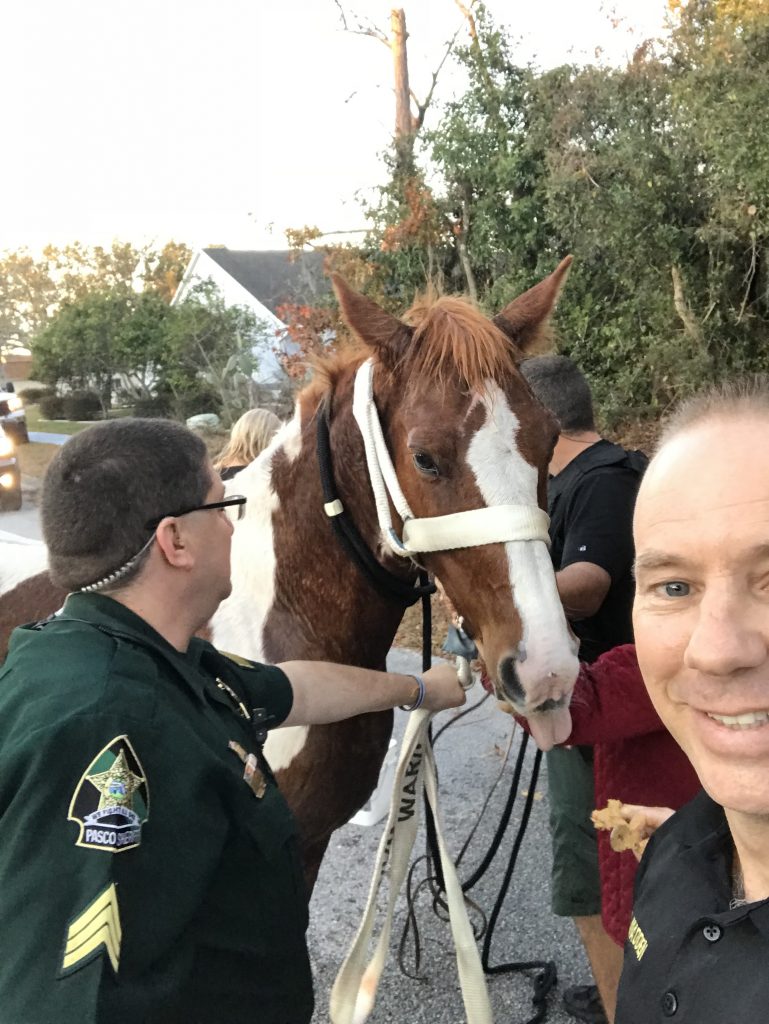 They successfully corralled the horse into safety by directing it to take a left on Rainbow Oaks Dr. and into a subdivision along Emerald Ridge Dr., away from the dangers of the rushing traffic.

“Eventually our deputies were able to stop the horse and bring it into safety.

“The horse was uninjured, the owners were located, and the horse was reunited with them.”