The Lego piece was found at St Bees - about 320 miles from Land's End.

A Lego piece swept off a cargo ship 17 years ago has been found on a beach in Cumbria.

The plastic plant is thought to have been one of 4.8 MILLION pieces of Lego lost when a container ship was struck by a freak wave off the Cornish coast.

The Tokio Express was en-route from Rotterdam to New York on February 13, 1997, when a rogue wave struck it 20 miles west of Land’s End, throwing 62 containers overboard.

A large proportion of the pieces were sea-themed – and brightly-coloured cutlasses, octopuses, scubas and flippers have been washing up on Cornish beaches since.

Instead of sinking to the bottom off the ocean the vast toy Armada is still washing up on beaches in pristine condition.

Lego fans have been combing dunes in England, Ireland and Wales for the missing kits and sharing their finds on Facebook.

There’s no way to tell if it belonged to the missing cargo but experts say the pieces could have drifted as much as 62,000 miles in 17 years – easily enough to circle the globe.

The latest find washed up on St Bees beach on Wednesday morning.

Colourful Coast Partnership, who found the piece, say the lost Lego’s legacy illustrates how marine waste and litter floats around for years, posing a risk to wildlife and polluting our seas. 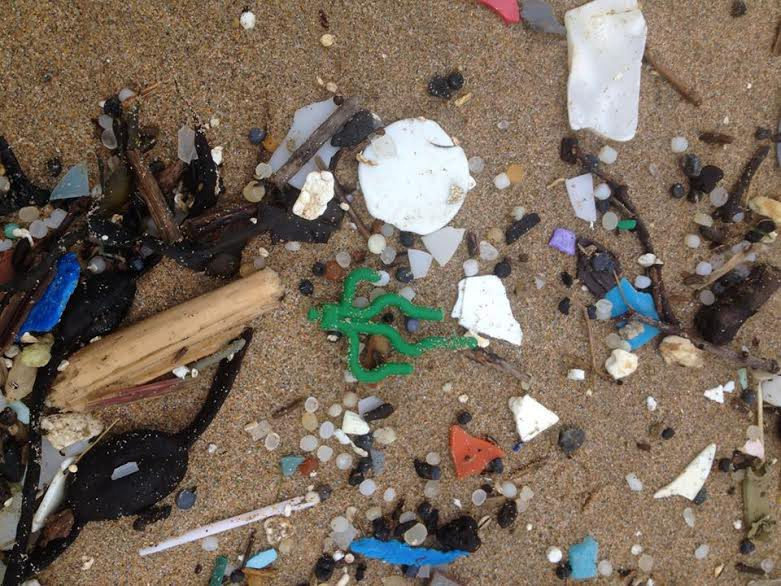 Sophie Badrick, Colourful Coast project officer, said: “Finding this piece of Lego so far from where it was lost overboard, and so long after it was lost, just goes to show that plastic in the sea doesn’t decompose or go away.

“We’d love for more people to come along to our beach cleans to help us tackle the marine pollution problem.

“We’ll provide all the equipment and there’s often biscuits or cake when we finish, plus exciting finds like Lego just serve to remind us that beach cleaning is as much a treasure hunt as it is a chore.”