This family cat is fighting for her life after being subjected to a horrific ACID attack.

A family cat is fighting for her life after being subjected to a horrific ACID attack.

Georgie, a 10-year-old tabby cat, miraculously staggered home to her owners with ‘no fur’ and severe burns to her face and body.

The poorly cat is now fighting for her life at a vets and is she survives is expected to lose her ears and sight.

She is also is currently unable to eat due to burns all over her mouth.

Lyn, 39, of Exeter, Devon, said: “She had no fur left on her head, her back and legs, and she had froth coming out of her mouth. How she made it home I will never know.

“She has suffered horrific burns and the vet has said that it is likely that she will lose the tips of her ears and possibly her sight.

“She also has burns all over her mouth and tongue and ulcerations down her throat.”

Lyn, who also has a 10-year-old son, said she wrapped Georgie in a towel and rushed her straight to the vets.

She added: “It was the worst experience of my life.

“I can not comprehend why some human can do this.

“My son is absolutely devastated, he just can’t understand why someone would do something like this. 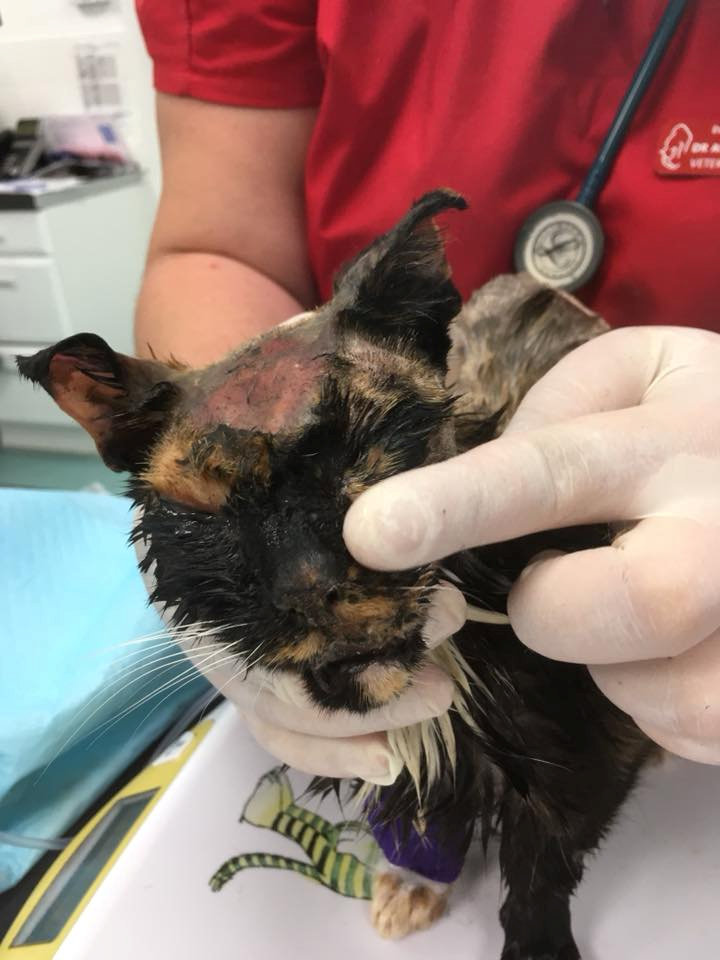 “When we got Georgie to the vets they took her into theatre straight away and removed all of the acid.

“It is very touch and go at the moment because they don’t know if the acid has caused any internal damage.

“They have told me that they will have to put a camera down her throat so they can assess the internal damage and then we will have to make a decision from there.

“I just don’t get why anyone would ever do this to a poor, defenceless cat and I don’t want this to happen to anyone else’s pet.

“I really hope someone has the decency to come forward and apologise, I wouldn’t want anyone else to go through this.” 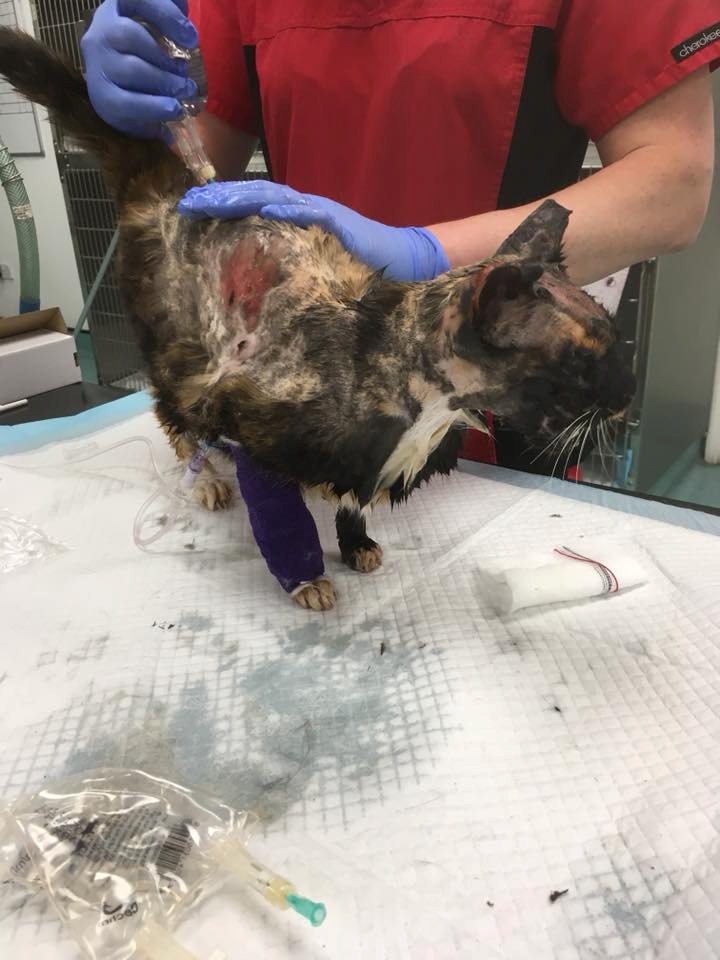 Lyn described Georgie as a friendly cat and said it was not unusual for her not to come home at night.

“Georgie loves attention so when she goes out she often goes to our neighbours house, she just loves people,” she added.

“On Monday night she went out at about half eight and stayed out for the night, and when she didn’t come back on Tuesday morning I didn’t think it was that unusual.

“But when Tuesday evening came around I asked my neighbours if they had seen her and they hadn’t so that’s when I started to worry.

“It was then I saw a shadow outside my window and could see she was home. But when I opened the door I can’t even describe what I saw, I thought she looked dead.”

The RSPCA are now investigating the incident